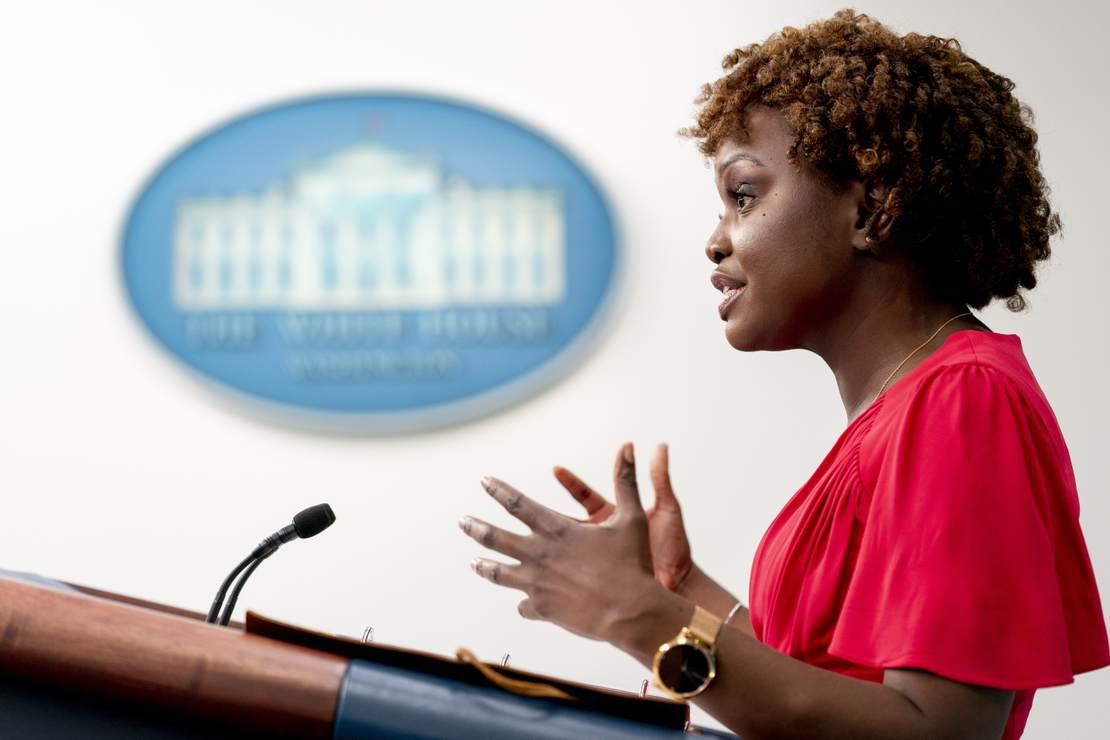 When Joe Biden announced in May that Karine Jean-Pierre would replace Jen Psaki as White House press secretary, he insisted that she brought the “experience, talent and integrity needed for this difficult job.”

Jean-Pierre had been serving as deputy press secretary, and it seemed plausible that she’d have a fraction of competence for the job. Heck, she couldn’t have been any worse than Jen Psaki, right?

Wrong. It turns out that her primary qualification was that she is a Black Lesbian Woman™ because as soon as she took over for Jen Psaki, it became astonishingly clear that even Jen Psaki’s tiny little shoes were too much for her to fill. Despite ample praise from the media for Jean-Pierre and all the diversity boxes she checks off, her actual performance has been far from praiseworthy. Instead, she proves herself to be grossly unprepared, routinely dodges questions, and constantly has to refer to her notes — sometimes even providing answers that are unrelated to the question she is supposed to answer.

Related: Here’s What Biden Doesn’t Want You to Know About His New Press Secretary

The first vote of no confidence in Black Lesbian Woman™ came less than two weeks into her tenure when the White House brought Pentagon spokesman John Kirby over to babysit her.

Even the mainstream media, which found itself starstruck by her race and sexuality when she took the job, can’t even deny that Jean-Pierre is a mere match strike short of a dumpster fire.

“It’s been a rocky first month for White House press secretary Karine Jean-Pierre,” reports Politico’s West Wing Playbook. “Her answers have baffled reporters, and even made some of her White House colleagues wince. She has increasingly found herself sharing the podium or splitting briefings with John Kirby, who has been taking the lead on foreign policy and at times appears to function as a co-press secretary.”

Of course, Politico being Politico, the Playbook had to give her some cover, lamenting that “Republicans have zeroed in on her as a useful punching bag” before making excuses for her lackluster job performance — right after reminding readers of her status as a Black Lesbian Woman™, of course.

“She signed on as the administration faced a national infant formula shortage, the overturning of Roe v. Wade, soaring inflation and high gas prices, the ongoing war in Ukraine, gun violence, and bad poll numbers for the president,” Politico points out. “Against such a difficult backdrop, her stumbles in several instances have made her appear underprepared — in moments quickly weaponized by the right.”

Those dang Republicans, there they go again pouncing!

But even Politico can’t deny that Black Lesbian Woman™ is struggling. West Wing Playbook reviewed the transcripts of her and Jen Psaki’s first ten briefings and found that “Jean-Pierre said she didn’t have the information being sought 20-plus times more than” Psaki did. And that’s saying a lot. Psaki’s lack of preparation earned her the moniker of Circle Back Girl for her regularly promising to “circle back” to an issue once she had more information.

Politico does its best to make excuses for Jean-Pierre, but nevertheless, when you read between the lines, it’s obvious that Jean-Pierre isn’t meeting anyone’s expectations. If competence were a virtue in the Biden administration, they’d let Jean-Pierre go and give John Kirby the job. But don’t expect the White House to show Black Lesbian Woman™ the door and let Straight White Man™ take over anytime soon.