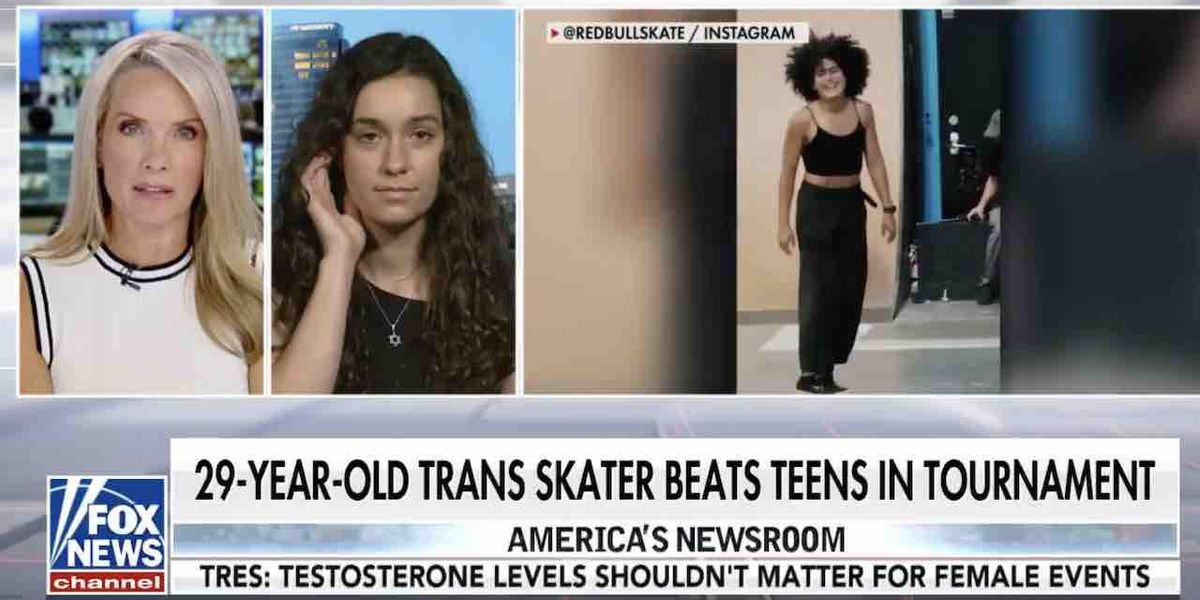 Biological female competitive skateboarder Taylor Silverman spoke out Friday on Fox News after a transgender female skateboarder made headlines winning a female event and beating girls in the process.

In regard to the apparent incongruence of the competition, Tres added to the Daily Mail, “I’m not going to go and be easy on them because they’re kids,” according to Fox News.

Silverman told the cable network it’s unfair, and everybody should speak out against transgender females competing against biological females — especially girls.

“We shouldn’t allow this type of abuse,” she added to Fox News. “This should be … normal to stand up for your kids when they’re being abused in situations like this. And we shouldn’t be sitting in silence and fear.”

Silverman also told host Dana Perino that she’s been forced to compete against three different transgender females on three separate occasions and placed second in two of them.

“I lost out on some money because of it, and so did everybody else,” she told Fox News. “We all got pushed back in our podium spots.”

Silverman added to Fox News that after one of the events in which she lost to a trans skateboarder, she emailed sponsor Red Bull in the hopes of figuring out an “appropriate” solution.

“My email was completely ignored,” she told the cable network.

Silverman told Fox News she decided to take her case to social media and share her story. The result? Silverman revealed to the cable network that she receives hundreds of messages of support “every single day” from athletes representing many sports.

“I am sick of being bullied into silence,” Silverman noted at the time.

She added to Perino that some of her backers are afraid to speak out over the possibility of backlash.

“People are staying silent or acting like they’re okay with it when people are actually incredibly upset,” Silverman added.