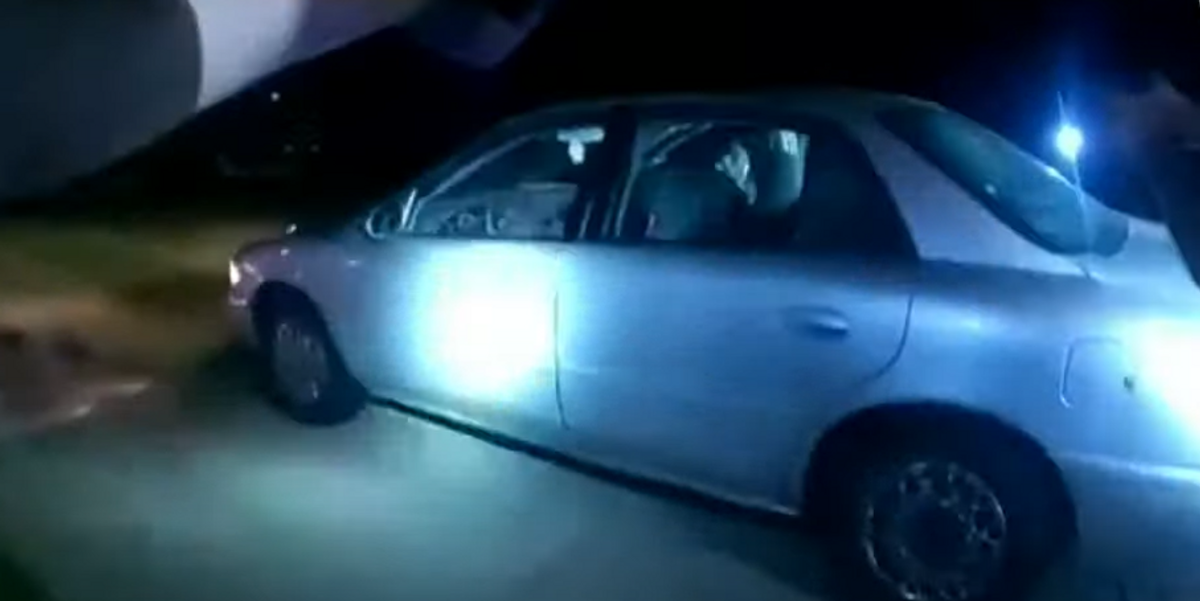 Early Monday morning, police attempted to pull over Walker for traffic and equipment violations in Akron, according to the department. However, Walker reportedly disregarded law enforcement and led them on a chase. As many as 10 police cruisers were chasing Walker around 12:30 a.m., according to the Akron Journal Beacon.

Police said officers “reported a firearm being discharged from the suspect vehicle” during their pursuit.

Walker jumped out of his vehicle as the car was rolling forward, and police chased him on foot. Police say Walker was wearing a ski mask when he exited the vehicle. Cops attempted to stop Walker by using stun guns, but they were ineffective. Police then opened fire on Walker.

Walker was pronounced dead at the scene.

Eight police officers were directly involved in the shooting, and have since been placed on administrative leave.

An attorney for Walker’s family, Bobby DiCello, told the Akron Beacon Journal on Saturday that the 25-year-old suffered “60 to 80 wounds.”

“He is just in a down sprint when he is dropped by I think the count is more than 90 shots,” DiCello said. “Now how many of those land, according to our investigation right now, we’re getting details that suggest 60 to 80 wounds.”

“Actions by the suspect caused the officers to perceive he posed a deadly threat to them,” police said, according to NBC News. “In response to this threat, officers discharged their firearms, striking the suspect.”

Akron Police Chief Stephen Mylett said Walker was unarmed when eight officers shot at him. He added that a gun was recovered from inside Walker’s car.

USA Today reported, “Video from the scene showed a gun on the front seat of Walker’s car, and Mylett said video did appear to show the flash of a gun from Walker’s car during the chase. The Ohio Bureau of Criminal Investigation is conducting the investigation at the request of Akron police.”

DiCello said he had yet to see any evidence that Walker shot at police officers.

The Summit County Medical Examiner’s Office said Walker died from multiple gunshot wounds, and ruled the death as a homicide.

Akron police released bodycam video of the deadly police shooting on Sunday afternoon. DiCello said that he and the family had already reviewed the bodycam footage before the video was released to the public.

DiCello called the video “brutal,” he added that the bodycam footage would “stir up some passion” and is “going to make people uneasy.”

The Ohio Attorney General’s Bureau of Criminal Investigation will lead the probe into the deadly use of force by the police.

“The FBI continues to coordinate with state and local partners to provide resources and specialized skills,” the Department of Justice said in a statement. “If the evidence reveals potential violations of federal criminal statutes, the Justice Department will take appropriate action.”

Mylett said of the video, “It was difficult to watch and shocking.”

Mylett said he is not “going to pass judgment” until the investigation is complete.

Officials in Akron have already canceled several Fourth of July festivities in preparation for protests. There have already been several protests by racial justice advocates.

Walker’s family called for peaceful protests in the wake of their son’s death.

Akron Mayor Daniel Horrigan said, “The video is heartbreaking, it’s hard to take in. He pleaded for calm and for patience while the investigation is underway.

Of the canceled Independence Day festival, Horrigan said, “I feel strongly that this is not the time for a city-led celebration.”

u201cNOW – Police have released bodycam footage of the shooting of Jayland Walker in Akron, Ohio.nnWalker was unarmed at the time of the shooting, but a gun was found in the car, police says.u201d