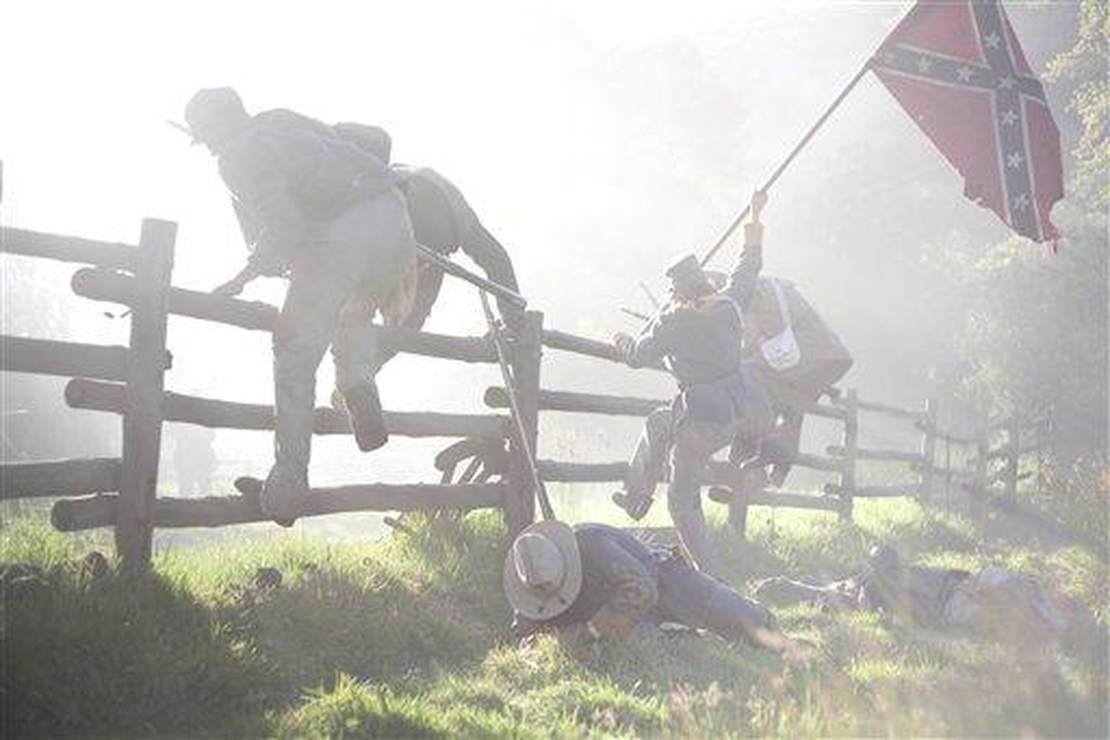 The great English writer Robert Graves wrote in his masterpiece Goodbye To All That about the battles of World War I at the Somme and Passchendaele being “Love Battles.” Graves reasoned that only men with an unquestioning and sublime love of country could have participated in those attacks where so many were uselessly slaughtered.

Gettysburg was such a battle. And today, July 3, we are acknowledging the 159th anniversary of that battle and examining why after so many years, the very word “Gettysburg” causes our hearts to beat a little faster and our blood to pump a little harder.

Consider Gettysburg an amphitheater where the drama of the entire Civil War was played before a breathless nation. Both north and south knew that the two armies had come together on the hills and farms of Pennsylvania to decide the conflict. Both armies knew the stakes. Confederate General Armistead was heard shouting as he got to The Angle at Cemetery Hill, “Home, boys…Home is over this hill.” That must have been a powerful incentive.

On the Union side, General Winfield Scott Hancock was seen riding calmly up and down the Federal line during the worst cannonade of the war. “Please take cover, general, we cannot spare you,” pleaded an aide.

“There are times when a major general’s life doesn’t count,” snapped Hancock.

Related: Cornell Quietly Removes Bust of Lincoln and Gettysburg Address After One Complaint

At bottom, Gettysburg revealed all the South’s hopes for victory to be illusory. Most military historians have criticized Lee for even attempting the attack on the Union center that fateful July 3rd. They point out that even if he had succeeded in piercing the Union lines, there would have been a precious few Southerners left standing to exploit the breach and split Meade’s army in two, which was Lee’s goal in ordering the attack. All the attack succeeded in doing was adding to the massive butcher’s bill for the three days when the two great armies met to decide the fate of the country.

William Faulkner touched on this theme of southern illusions in his book Intruder in the Dust when he wrote that every southern boy who grew up after Gettysburg was allowed the dream of southern triumph by imagining themselves on Cemetery Hill with Armistead at the Confederacy’s high water mark. In their dreams, they would break through the line of Federals and carry the South to victory. Faulkner used this allegory to describe much of the hopelessness he saw in southern whites of the 20’s and 30’s who were beaten down by poverty and tradition while tainted with the legacy of slavery and racism.

At that time, when 15,000 Confederate infantrymen — the cream of Robert E. Lee’s army — lined up in the woods and prepared to step off to cover the 8/10 of a mile to their target — a small copse of trees inside The Angle — every soldier of every rank knew that the odds of success were slim. But they gritted their teeth and marched in perfect order (according to Federal military witnesses) across the open grassland, where that gorgeous field of fire allowed Federal gunners to mow them down.

Isn’t that the kind of love that Graves wrote about? So why did they do it?

A large part of the reason was their love and respect for the soldier next to them in line. They didn’t want to appear cowardly, nor did they want to let their comrades down in the heat of battle. But certainly, there was also a dead serious belief that what they were doing was right. And, in this particular battle, there was the very real prospect of ending the war in victory.

That southern charge — the last great offensive thrust of the war by Robert E. Lee — didn’t end the war. Union commander General George Meade was aghast at the battle’s butchers bill: 7,058 fatalities (3,155 Union, 3,903 Confederate). Another 33,264 had been wounded (14,529 Union, 18,735 Confederate) and 10,790 were missing (5,365 Union, 5,425 Confederate). Despite Abe Lincoln’s desperate pleas for Meade to follow Lee and destroy his army, Meade was operating under the false assumption that Lee had 150,000 men when the battle started, not the 75,000 he actually had. And even though the Potomac River was swollen by summer rain and impassable for a large army, Meade allowed Lee to slip away across the river back to Virginia.

The war went on. And there were other “Love Battles,” like Cold Harbor, where 108,000 Federal soldiers were thrown against the most sophisticated field works of the war. Nothing like it would be seen again until World War I. As an indication of what the Federal soldiers thought of their chances to survive the battle, many wrote their names and hometowns on pieces of paper and sewed them to their uniforms, hoping their mangled bodies would be identified after the battle. They went into battle anyway, where 20,000 were butchered in a matter of 20 minutes.

One of the greatest pleasures I get in reading history is transporting myself back in time and trying to discover just what I would have believed when it came to the great issues of the day. Would you have been on the side of the conservative British or the radical rebels? Would you have supported the concept of states’ rights unto the destruction of the union?