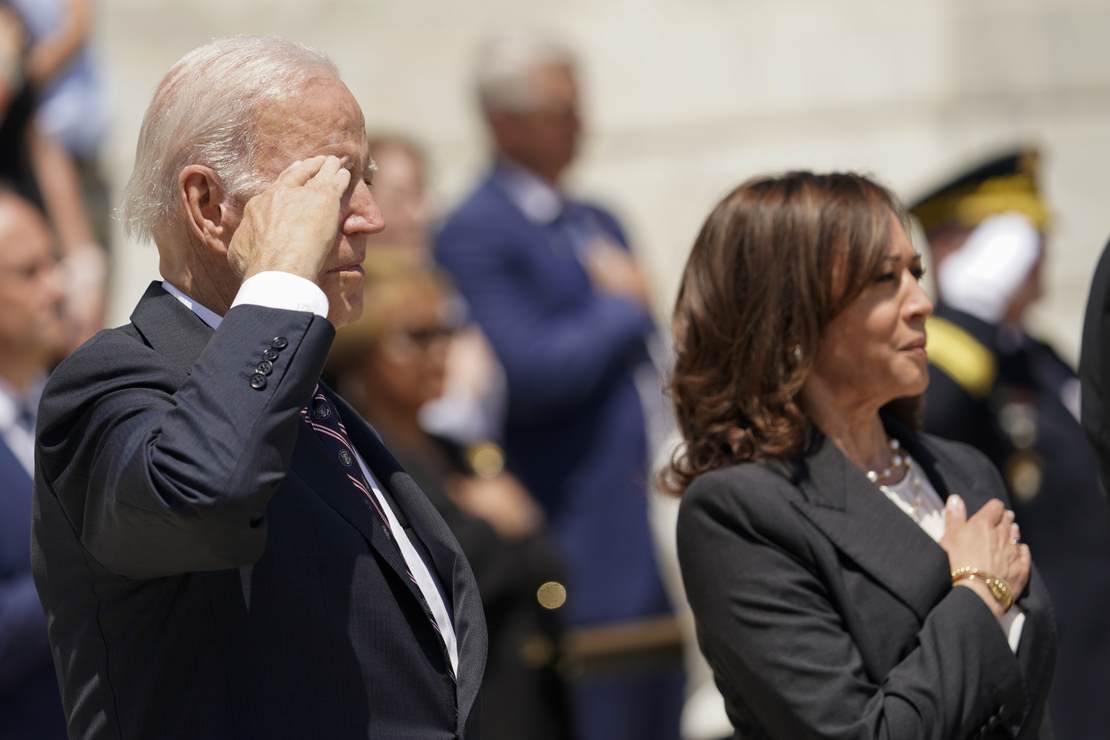 It’s hard to imagine Democrats being in a worse position for the next presidential election than they are now. Joe Biden’s approval ratings are so bad that even Donald Trump was more popular at this point in his presidency—and his approval ratings were never that great. Biden’s poll numbers have been underwater since his botched withdrawal from Afghanistan, and they’ve never recovered, thanks to myriad failures and incompetencies.

Biden claims he has every intention of running, but polls show Americans don’t expect him to run for reelection, and more than 70% don’t even want him to.

This makes all sorts of sense. Between his failings as president, his advanced age, and his apparent mental deficiencies, Biden gives very few reasons to expect another attempt at a presidential campaign—no matter what he says.

But if we assume Biden isn’t running, the big question is: who will the Democrats run?

While there’s no definitive answer for this, there’s one person they don’t want: Kamala Harris.

Insiders tell the New York Post that Democrats are not happy about the possibility of Kamala Harris becoming the 2024 nominee if Biden doesn’t run for reelection. They cite three recent polls showing her with more than 50% disapproval among the electorate.

“Biden has to run again, because he desperately has to keep Trump out of the White House and defend our democracy,” one Democrat told New York Magazine in May. “And I have no doubts Kamala Harris can’t win.”

One major Democratic donor told the New York Post that Kamala “seems completely useless. No one involved in this administration should be in the running,”

“Her main problem is not being a woman or mixed race, her problem is she has low ratings just like President Biden,” said Larry Sabato, a professor of politics at the University of Virginia.

Sabato believes that if Biden were doing better, Harris would be doing better. “She would be seen as a popular successor carrying on a popular president’s mandate,” Sabato claims.

I’m not so sure about that. Harris has always been a lackluster politician who ran a lackluster presidential campaign plagued by poor messaging, infighting, and a lousy candidate. Not only did she drop out before primary voting had even started, but her most significant moment of the primary campaign was when she essentially accused Biden of being racist. She’s failed to prove herself as Biden’s number two, and while this is precisely what they voted for, Democrats have every reason to be concerned about their 2024 prospects.

“I just don’t think people are seeing her as a serious contender,” a top Democratic staffer on Capitol Hill observed. “If she weren’t the vice president she wouldn’t even be on the list.”

This is a massive problem, because recent polls show that despite the fact no one likes her, Harris is nevertheless the Democrat party’s top pick for 2024 should Biden not run for reelection. But this has more to do with name recognition than anything else.

Either way, Trump polls better than either Biden or Harris in 2024 matchups. Neither is well-positioned to help the Democrats hold onto the White House, and it’s hard to see who in their party has a prayer.