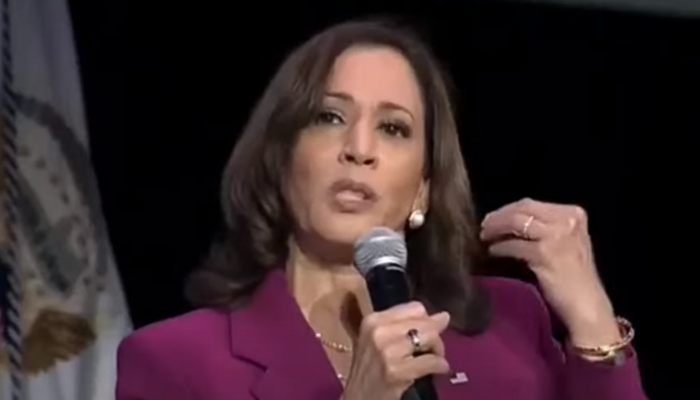 According to Post Millennial, Harris compared the overturn of Roe to the history of slavery on July 3 at the Essence Festival in New Orleans.

VP Harris showed her poor understanding of United States history by placing abortion in the same ballpark as slavery. As reported by The National Review, she stated the United States has a “history of government trying to claim ownership over human bodies,” referring to Southern slavery. To Harris and her fellow devout abortionists, the ruling brought America back to the Middle Ages. Harris said, “We have to recognize we’re a nation that was founded on certain principles that are — that are grounded in the concept of freedom and liberty. And we had supposedly evolved from that time and that way of thinking.” Freedom and liberty to all except when those people are still inside the womb.

Our vice-president continued to belittle the Dobbs ruling stating it “is very problematic on so many levels,” and continued her outlandish parallel. “The Supreme Court, with the Dobbs decision, for the first time in the history of our nation, took a constitutional right that had been recognized and took it from the women of America,” Harris added. “Took a constitutional right.” If Vice-President Harris would like to point out where the right to abortion is stated in the constitution, it would gladly be appreciated.

Furthermore, if Cackling Kamala really wants to make things about race, she should mention how abortion targets African American families disproportionately to other races. Does that make Vice President Harris pro-modern day slavery?

Harris is an inveterate race card player. She called the border patrol agents who (didn’t) use reins on horses similar to “times of slavery” back in September 2021. How can we not look over the fact she called her boss, Joe Biden, a racist and segregationist back in the Democratic primary. How about when she claimed the media mistreated her because of her race. When things do not go her way, she always cries, “racism!”

The left-wing appeals to race and slavery never stop coming. Vice-President Harris has shown she would spend her Fourth of July defending the murder of thousands of babies.