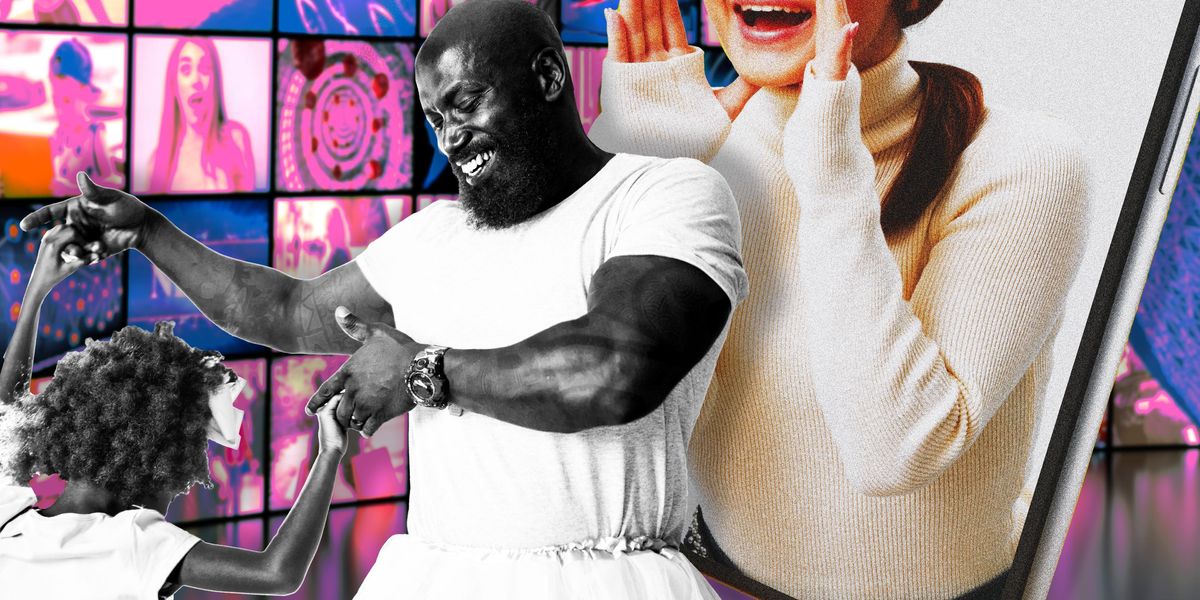 I wrote my first column for TheBlaze about one year ago, about why America needs fearless men now more than ever. I am constantly being reminded that my call to action is still relevant one year later.

Elle Duncan, an ESPN anchor and personality, recently posted a video asking whether “girl dads” are doing everything in their power to stand up for women’s rights. Howard Bryant, a senior writer for ESPN, also wanted to know why more men weren’t speaking up about the loss of “federally protected reproductive choice” in an essay he wrote about the Fourth of July.

Both Duncan and Bryant demonstrate the danger of looking to the culture as a source of courage. ESPN and other corporate media outlets think they are a moral compass when they are actually cultural weathervanes.

ESPN sent out tweets marking the 50th anniversary of Title IX and its impact on women’s sports at the same time it promotes men who want access to those sports. Not a single ESPN personality who claims to care about women, justice, and equality would dare speak a critical word about Lia Thomas and what his NCAA championship meant to the girls he defeated.

Female athletes across the country have been seeking help from people like Elle Duncan so that their concerns and frustrations could be given a voice. They are forced to do interviews with conservative outlets – often with their faces hidden and voices distorted – because ESPN, CNN, MSNBC, and the New York Times have been put in a submission hold by the trans lobby.

Duncan and other ESPN personalities did find courage to speak when the state of Florida said teachers could not engage in inappropriate classroom discussions of sex and gender with young children. They used airtime to announce their allyship and solidarity with the LGBTQIA+ employees at Disney who opposed the Parental Rights in Education Act.

Their priorities are clear. They support the teachers who tell a little boy that the doctors who “assigned” him male at birth might have been wrong. They also chastise anyone who disagrees with the social, medicinal, and surgical “transition” of children and accuse them of bigotry.

This is why fearlessness is in such high demand in our culture. My job as a father is to cultivate and instill godly character in my children. I want them to stand on God’s word unapologetically, think critically, walk humbly, and speak boldly.

Likewise, I don’t want my daughter to see being a wife and mother as impediments to her true calling of corporate servitude. That idea is a bill of goods that was sold to American women by third-wave feminists. This is less about the location of a woman’s work (inside or outside the home) and more about the affections of a woman’s heart. Children are a blessing, but the unhinged reactions to the overturning of Roe indicate a society that believes it suffers a greater loss when women aren’t in the workforce than when children aren’t born.

ESPN epitomizes everything that is wrong with corporate media today.

It is a calculating behemoth that regurgitates whatever narrative has been approved by the ruling class. Network personalities like Stephen A. Smith and Michael Wilbon spent months berating Kyrie Irving for not taking the COVID shot, but now the network claims to care about bodily autonomy. There have been similar instances of public uniformity on Black Lives Matter and the Kyle Rittenhouse verdict.

The most important job of one generation is the preparation and cultivation of the next. It is becoming increasingly difficult to raise children in this culture who think clearly or speak with conviction. There is a certain comfort in the warmth of the crowd that can quickly morph into a consuming fire of cowardice.

ESPN thinks fathers should speak up in support of abortion but remain quiet about the spread of gender indoctrination. The worldwide leader in sports can’t define the word “woman” but wants to tell men how to defend women. The network and its allies want weak men to raise conformist kids. I believe we need more families being led by fearless fathers.