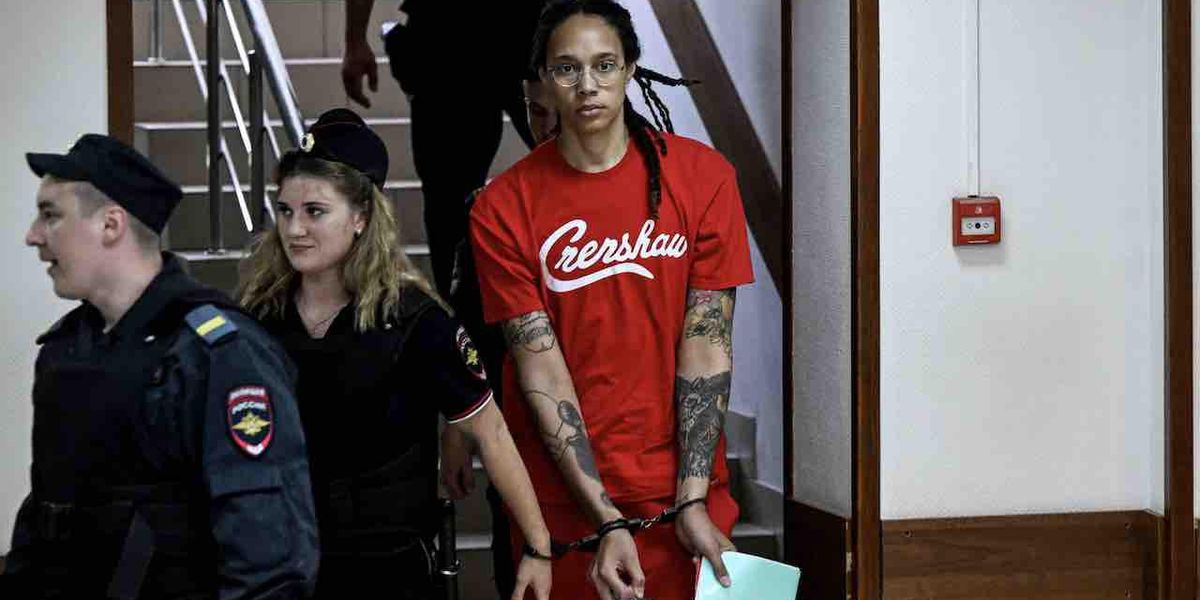 Griner faces up to 10 years in prison, the network added.

Her lawyer, Alexander Boikov, said following the hearing that Griner admitted the vape canisters found at Moscow’s Sheremetyevo Airport were hers but that she brought them to Russia unintentionally, NBC News noted.

Griner’s other lawyer, Maria Blagovolina, said they hoped for leniency, the network reported, adding that Griner’s next hearing is scheduled for next Thursday.

NBC News said it wasn’t in the courtroom when Griner spoke.

Earlier this week Griner, 31, wrote an emotional letter to President Joe Biden, pleading with him to bring her home, the network said.

Griner’s handwritten letter was delivered Monday morning to the White House, the Griner family told CBS News, adding that she wrote, “I’m terrified I might be here forever. On the 4th of July, our family normally honors the service of those who fought for our freedom, including my father who is a Vietnam War Veteran. It hurts thinking about how I usually celebrate this day because freedom means something completely different to me this year.”

WNBA Commissioner Cathy Engelbert said in April that Griner was in an “unimaginable” situation amid her detention in Russia.

“She continues to have our full support,” Engelbert said at the time. “Certainly, we’re trying everything we can, every angle, working with her legal representation, her agent, elected leaders, the administration. Just everybody in our ecosystem to try and find ways to get her home safely and as quickly as we can.”