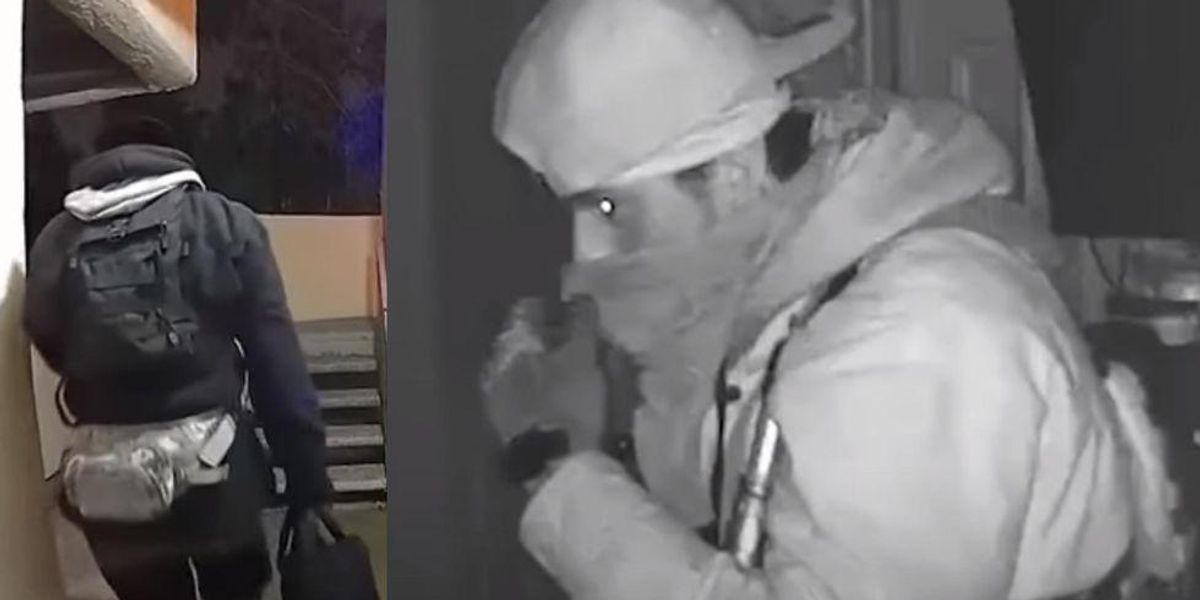 A burglary suspect caught on video hovering over a sleeping couple was linked by police to a separate rape incident in southern California.

The suspect was caught on security video during a bizarre burglary at an apartment in the city of San Bernardino in February.

A man snuck into the window of the first floor of the apartment and walked through the apartment. At one point he stared at the couple as they slept.

The man left the apartment through the front door but came back and tried to gain entry again on the same night. He was accosted by a night nurse that was looking over the couple’s son and the man left.

In the morning, the couple realized that he had already been in the home when they checked their cameras.

The couple told KTLA-TV that the burglar had stolen $4,000, a wedding ring, and other sentimental items.

After the San Bernardino Police released video to the public in April, they identified a suspect and arrested him but did not publicly release his identity as they continued their investigation.

On Tuesday, they identified the suspect as 31-year-old Anthony Andrew Cifuentes. They said that DNA evidence lined Cifuentes to a rape that occurred just days prior the bizarre burglary.

Police said they searched the suspect’s home and found evidence that linked him to both the rape and the burglary.

Cifuentes was charged with one count of rape, another count of attempted rape, and two counts of burglary. If he’s convicted of all charges, he faces life in prison.

Investigators believe there may be other victims who have not yet come forward, and they are asking for the public’s help.

San Bernardino has one of the highest crime rates in the nation, with its rate of violent crime three times the national average.

Here’s a local news report about the harrowing incident:

A Wiener Without a Clue
Is Trump Having a Kanye-like Meltdown?
Unvaccinated blood sees demand increase all around the world
DeSantis Continues to Look Like the Safer Bet in 2024
White House won’t tell Apple to airdrop in China because it’s a private company, but says keeping eye on private Twitter is different