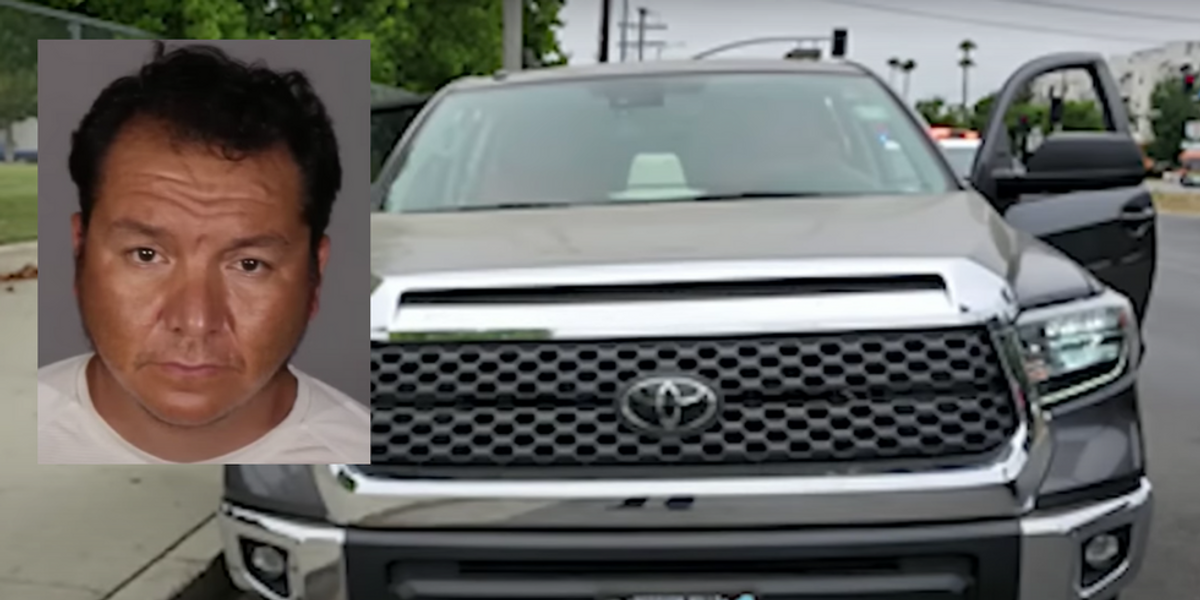 The Los Angeles Police Department said a man intentionally rammed a 13-year-old boy with his truck and then impersonated a police officer to kidnap him.

The harrowing incident unfolded in Panorama City on Wednesday at about 8 a.m.

Police said that the boy was riding his bicycle when he was struck by a Toyota Tundra pickup truck.

They identified the man as 38-year-old Ottoniel Mendoza. Investigators said Mendoza then told the teen that he was a police officer, showed him a badge, and forced him into the truck.

Luckily for the victim, a witness saw what happened and called the police, and then followed the suspect.

Mendoza then allegedly picked up an unidentified passenger while the child was still in his car. Moments later, police were able to locate the vehicle only a mile and a half away from where the child was taken.

No weapons were found in Mendoza’s possession. The boy was taken to the hospital for minor injuries he sustained.

Mendoza was arrested and charged with kidnapping. Police say they may charge him with further crimes as the investigation warrants.

“I sincerely don’t think he had good intentions,” said Deputy Chief Alan Hamilton of the LAPD Valley Bureau. “I think this could have ended a very different way had our officers not located the individual.”

The other passenger was released after police interviewed him and concluded he had nothing to do with the alleged abduction.

Police say the incident was so unusual that they are concerned Mendoza may have other victims. They are asking the public for any information related to Mendoza or other victims who may have been duped by a man pretending to be an officer.

Here’s a local news report about the shocking incident: