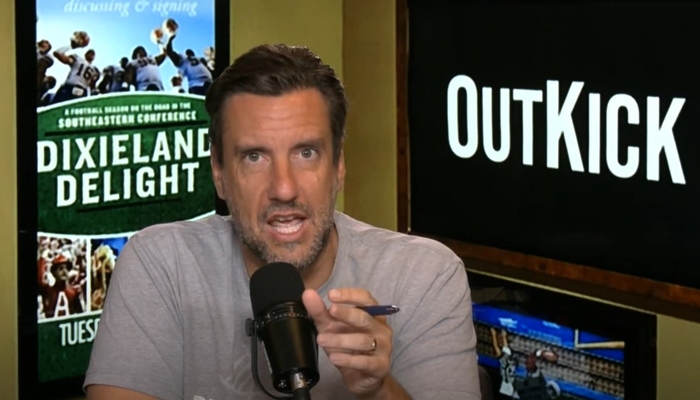 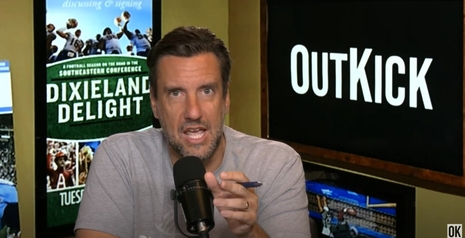 On the Fourth of July, Outkick’s Clay Travis took to the Fox News web site to eviscerate ESPN for its wokeness. Clay, of course, is the co-host with Buck Saxton of the Clay Travis and Buck Sexton show, one of the programs that took over the legendary Rush’s time slot when Rush had sadly passed.

The headline on Clay’s piece at FoxNews.com was this:

Among other things, Clay wrote this:

“It’s July 4th, a day when Americans from all different backgrounds take a day to celebrate our good fortune to all live in the greatest country in the history of the world.

Unless, that is, you work at ESPN, when July 4th represents an opportunity for you to trot out a woke albatross of a column on the front page of your site arguing that America is awful.”

“The founder of the sports website OutKick blasted ESPN and one of its senior writers over a column published Monday decrying the state of the nation on Independence Day amid mass shootings, allegations of police misconduct and backlash against the U.S. Supreme Court over rulings that millions of Americans support in a ‘woke albatross of a column on the front page of your site arguing that America is awful.’

Clay Travis, who co-founded the website, took writer Howard Bryant to task over his July 4th piece titled “Baseball, barbecue and losing freedom this Fourth of July,” while repeatedly bringing up his 2011 arrest for assaulting his wife and a police officer for which he received probation.

‘As you read this systemic destruction of this woke garbage ESPN published on July 4th, I want you to ask yourself: how does this piece serve sports fans in any way?’ Travis wrote in his own column titled: “ESPN Hates America on July 4th, Loves Woke Columnist Arrested For Choking His Wife.”

The Fox report ended this way:

“From this point forward, the article is all left wing political grievance and victim culture. That’s fine, his self-defeating woke arguments are his own, but what’s important here is they are also ESPN’s own opinions,” he (Travis) continued. “Even if you feel Bryant’s rambling screed serves ESPN’s stated goal of ‘Serving sports fans. Any time. Anywhere,’ what’s important to recognize is an opinion arguing the exact opposite of this column would never be permitted or published anywhere at ESPN.”

It is nothing less than fitting that this take down of ESPN for its woke obsessions is penned by the co-host of Rush Limbaugh’s successor show. Why?

As will be recalled by those around in the day, Rush was a fanatic football fan. He absolutely loved the game. With that in mind ESPN asked him to provide some commentary on this or that game as the season went along.

It wasn’t long before Rush was unceremoniously booted out the ESPN door for violating its bible of lefty political correctness. Jump in the time capsule and journey back to this story from 2003 and see what happened.

The story says this:

“Talk show host Rush Limbaugh Monday said he was “disappointed” that his former colleagues on ESPN’s Sunday NFL Countdown had chosen to distance themselves from him in the wake of the controversy involving Limbaugh’s comments about black quarterbacks in the National Football League.

“Yeah, I was somewhat disappointed by it when I heard about it because I thought we were all friends. We did all get along in production meetings, on the set of the show itself,” Limbaugh said during his radio talk show Monday.

Limbaugh last week resigned his job as an analyst on the ESPN program after comments he made about Philadelphia Eagles quarterback Donovan McNabb touched off accusations that Limbaugh was racist.

The controversial comments came as Limbaugh explained why he thought McNabb was overrated as a football player. ‘I think what we’ve had here is a little social concern in the NFL. The media has been very desirous that a black quarterback do well,’ Limbaugh said on the Sept. 28 ESPN broadcast.”

And with that resignation because of a politically incorrect point of view, all hell broke loose around Rush — and it has been steadily downhill for ESPN and its lefty woke politics ever since.

Almost 20 years later and the obsessive left-wing wokeism of ESPN that was blossoming in the Rush Limbaugh episode has now metastasized, spreading all over the network that is, in fact, supposed to be about sports, not politics. Pick a topic: the overturning of Roe v. Wade, the Florida parental rights law, a baseball team declining to wear LGBTQ+ patches on their uniform and more. Over and over ESPN and its anchors talk lefty woke politics instead of sports.

Over there at Legal Insurrection in 2017, a full 14 years after Rush’s clash with ESPN, here was the headline. “ESPN Determined to Kill its Brand With Left Wing Politics.”

That story reported this:

“The leadership at ESPN seems to think it can change the way people think by injecting left wing politics into its coverage of professional sports. Instead, they are alienating sports fans, many of whom are conservatives, and destroying their brand at the same time.”

The story noted that when ESPN’s Jemele Hill called President Trump a “white supremacist” she was reprimanded —  but stayed on. But if you were a conservative at ESPN? Here is The Daily Caller on the tale of ESPN’s Curt Schilling, the champion pitcher of the Boston Red Sox: “ESPN Fires Curt Schilling For Conservative Views.”

This jewel of a story reports this:

Schilling shared a meme on Facebook that clearly showed he was against transgender individuals using bathrooms against their biological sex. The legendary pitcher was fired over the post with ESPN saying, ‘Curt Schilling has been advised that his conduct was unacceptable and his employment with ESPN has been terminated,’ according to The New York Times.“

(And full disclosure, yes I am a lifelong Red Sox fan and know well that Curt Schilling is in fact a god. You don’t fire a god.)

Legal Insurrection also noted of Travis saying this in 2017:

“Travis pointed out that when former Chicago Bears coach Mike Ditka criticized President Obama in a much more minimal way, and announced his support for President Trump, he was fired from ESPN.”

Then there’s the matter of ESPN’s ratings for its “ESPY Awards”.  Here they are from 2015 through to 2021 as its wokeness gained speed:

Which is to say, the more woke the network got, the more millions stopped watching.

Clay Travis is exactly the right person to take public —  again —  the hard fact of just how much the cancer of woeness has infected ESPN.

And as I said, somewhere Rush Limbaugh is smiling. His time slot is in good hands.