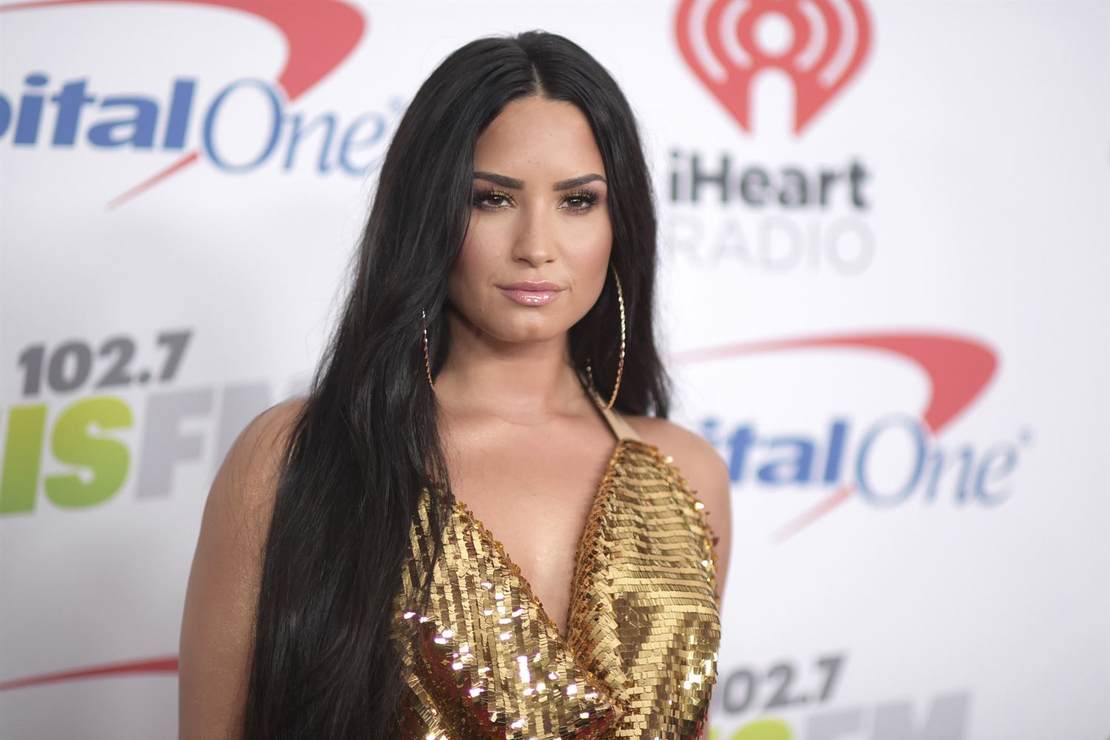 “So, for me, I’m such a fluid person that I don’t really … I don’t find that I am … I felt like, especially last year, my energy was balanced in my masculine and feminine energy,” she clarified.

Snarky introduction aside, I’m not actually here to poke fun at Lovato.

The poor woman has a long history of mental illness, revealing in 2015 that “I knew at a young age I had a problem.” In 2010 she had “main rock bottom” after dealing with bulimia and bipolar disorder — at all of 19 years old.

The now-29-year-old singer/songwriter/actress wrote that she would “officially” be changing her pronouns to “they/them” in a 2021 Instagram post.

“For now,” I can’t help but think to myself.

Also for our VIPs: A Tale of Two Joe Bidens: It Was the Best of Joes, It Was the Worst of Joes

I also can’t help thinking if she would be having an easier time if she didn’t have trendy transsexualism on top of her other issues:

A transgender psychologist who has helped hundreds of teens transition has warned that it has “gone too far” — and fears many are making life-changing decisions because it’s “trendy” and pushed on social media.

Lovato, thank goodness, hasn’t done anything to her body. But she does represent the kind of vulnerable young women that the “movement” has preyed upon:

Between 2016 and 2017, the number of gender surgeries for natal females in the US quadrupled; in the UK, the rates of gender dysphoria for teenage girls are up 4,400 percent over the previous decade. An ailment that typically began in early childhood, and overwhelmingly afflicted males, suddenly has a new dominant demographic: teenage girls.

A 2021 study asked “transitioned” women why they chose to go back to their real, biological identities, AKA detransitioning. Here are the answers they gave:

The participants’ decision to detransition was most often tied to the realization that their gender dysphoria was related to other issues (70%), health concerns (62%), and the fact that transition did not alleviate their dysphoria (50%).

Being a confused or lonely teenage girl is hardly rare. But they can become “special” and part of a brand-new community — complete with preferential treatment at certain public schools — just by coming out as transgender.

The numbers show that it’s a real temptation, even for otherwise healthy young women.

Then there are those with deeper-seated troubles, like Demi Lovato. Even after years of great commercial success as an attractive and desired female, at nearly 30 years old, she still can’t definitively say whether her gender — a word with really no meaning in this context — matches up with her biological sex.

It’s a tragic situation, and a needlessly tragic one at that.

NewsGuard Advisor Seems to Agree Trump Should Be Executed for Allegedly Having Nuke Docs
CBS gets savaged for pushing study blaming climate change for childhood obesity: ‘May be one of the dumbest things I’ve read in a while’
Amnesty International refuses to apologize to Western leaders for report revealing human rights abuses by Ukrainian forces
Deep state plan revealed: Frame a civil war to justify UN troops to OCCUPY and DISARM America
LOL: MSNBC Whines About Biden’s Lack of Positive Press Coverage