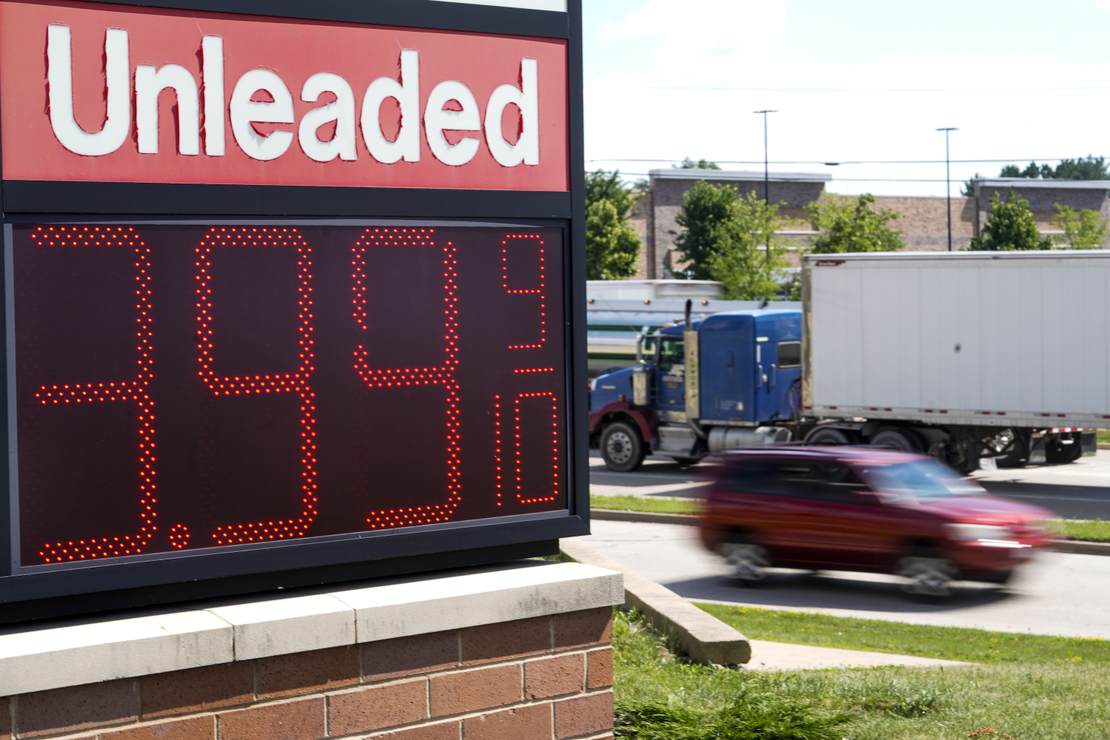 It’s hard not to notice that gas prices have been falling over the past several weeks. Gas prices are still high, but they’re heading in the right direction. If you haven’t noticed at the pump, then surely Joe Biden has mentioned it a few times as he hopes that the public will credit him for the decline.

“Our actions are working, and prices are coming down,” Biden said last month.

But he’s wrong. Gas prices are coming down, but, as Peter Jacobson at the Foundation for Economic Education explains, “there is little evidence to indicate the majority of the price drop is due to any particular policy change.”

Biden would likely say that raiding the Strategic Petroleum Reserves was a big factor—however, the Treasury Department estimates the impact of those raids to be between 13 cents to 33 cents a gallon. Even if you assume the higher estimate, there’s still much of the decline left unexplained.

One explanation is a decline in demand.

However, Jacobson says there’s more to it. “I believe the outlets are right to pinpoint changing demand as the relevant factor for falling prices, and they’re right that higher prices are part of the story, but the explanation is missing the most important part,” he says. To summarize his theory, Jacobson explains that a rise in gas prices is less likely to impact short-term plans than long-term plans. As the public has come to expect gas prices to remain high, long-term plans (like vacations) have been altered accordingly.

Related: The White House Does a Victory Lap on Gas Prices

Why does this happen? “Simply put, it’s more costly to find substitutes in the short run than in the long run,” he explains. “This illustrates a principle called the second law of demand which states that people are relatively more responsive to price changes in the long run than in the short run. Economists call this responsiveness ‘elasticity.’”

So, here’s how Jacobson applies this theory to what’s happening now.

“To begin, gas prices increase substantially. It’s too costly for people to substitute their gas usage in the short run. You still need to drive to your vacation, work, or church the next day if gas prices go up,” he explains. “But, as more time passes, there is more ability to cheaply discover alternatives like bus routes, carpool situations, financing for electric cars, or telework options.”

One such swap is replacing a traveling vacation with a “staycation.” You remember those, right? They were all the rage when gas prices were ridiculously high under Barack Obama.

Jacobson admits it would require “significant statistical work” to confirm this theory as the primary driver of falling gas prices. The theory is nevertheless “consistent with the basic facts of lower demand and the time that’s passed since gas prices have risen.”

It certainly makes more sense than the idea that Biden is actually responsible for the decline.