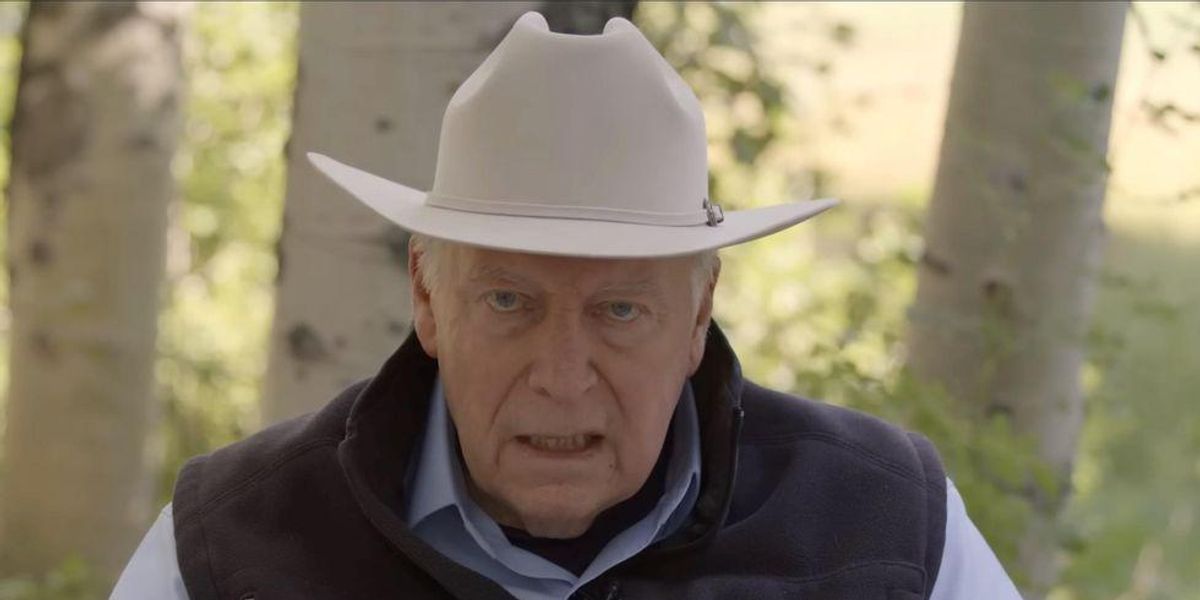 “In our nation’s 246-year history there has never been an individual who is a greater threat to our Republic than Donald Trump,” said Cheney in the video ad.

“He tried to steal the last election using lies and violence to keep himself in power after the voters had rejected him,” Cheney added. “He is a coward. A real man wouldn’t lie to his supporters. He lost his election and he lost big. I know he knows it and deep down I think most Republicans know it.”

Cheney went on to say he and his wife were proud of his daughter for honoring her oath to the Constitution.

“Liz is fearless. She never backs down from a fight. There is nothing more important she will ever do than lead the effort to make sure Donald Trump is never again near the Oval Office, and she will succeed,” he concluded.

Ultimately, the effort might be a futile one since polls show Cheney is lagging far behind her primary challenger, natural resources attorney Harriet Hageman. A poll in July found that Cheney was receiving support from only 30% of Wyoming voters while Hageman garnered 53% support.

Hageman has received the endorsement of Trump who has excoriated Cheney for voting to impeach him and for sitting on the House Select Committee investigating the rioting at the U.S. Capitol on Jan. 6.

“Liz Cheney is polling sooo low in Wyoming, and has sooo little support, even from the Wyoming Republican Party, that she is looking for a way out of her Congressional race. Based on all polling, there is no way she can win,” Trump claimed in April.

Liz Cheney has also said in July that she has not decided whether to run for the presidency in 2024.

“Dick Cheney” was the top national trend on Twitter as many excoriated him for the ad, while some critics of Trump praised Cheney for his comments.

Here’s the scathing ad from the Cheneys: