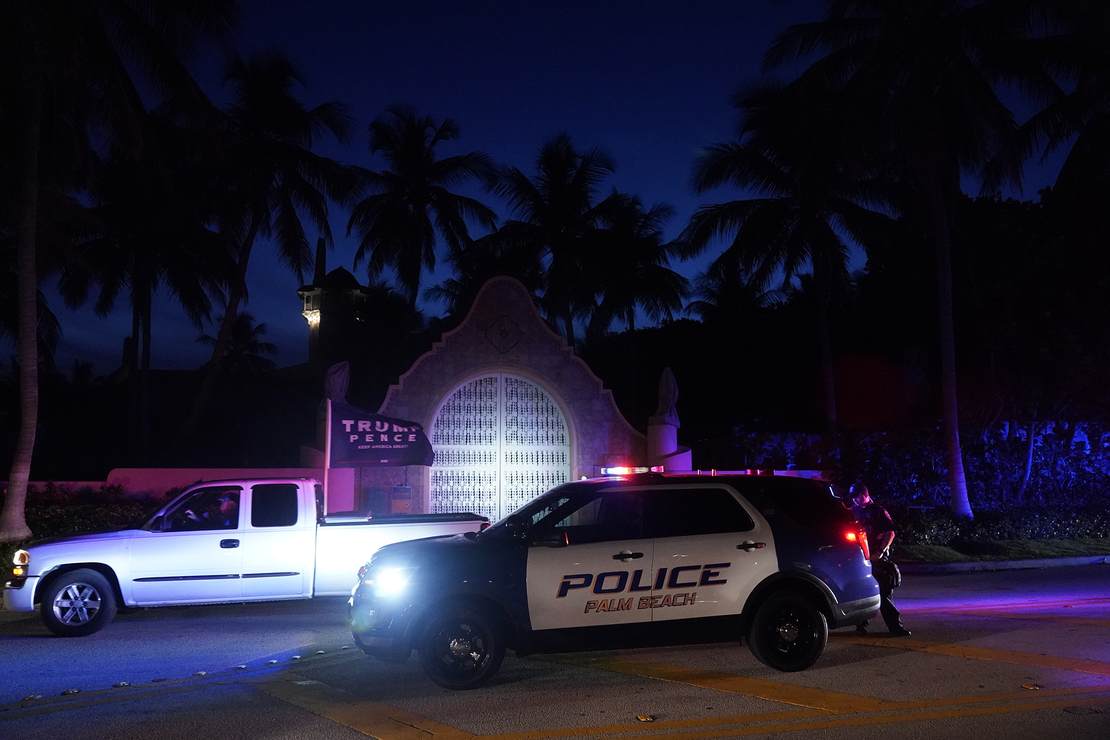 The FBI’s unprecedented Mar-a-Lago raid has brought out the best in some of our Left-leaning friends who, like those of us on the Right, see something sinister under Washington’s crumbling facade of civility and republican virtue.

Maybe the most surprising was disgraced former New York Governor Andrew Cuomo. He was last seen inappropriately touching underlings while conspiring with since-fired CNN host Chris Cuomo on how to avoid press scrutiny.

Nevertheless, the longtime adversary of Donald Trump issued a dire warning just hours after the raid:

DOJ must immediately explain the reason for its raid & it must be more than a search for inconsequential archives or it will be viewed as a political tactic and undermine any future credible investigation & legitimacy of January 6 investigations.

By his own admission, Cuomo’s concern is that the raid’s bad optics will sully the so-called legitimacy of the January 6 show trial still going on in the House.

But Jan. 6 nonsense aside, Cuomo’s broader point is spot-on. As my friend and colleague Athena Thorne pointed out on Tuesday (VIP link!):

At this point, the only explanation for the unprecedented raid on a past president’s home is that Democrats are deliberately destroying Americans’ faith in the DOJ. Why would they destroy something they’ve been weaponizing since at least the Obama administration? So it can’t be used against them when Republicans take office.

The big picture is that it doesn’t matter (to us on the Right) if we’re talking about Hunter Biden getting a pass or (to those on the Left) if the Jan. 6 investigation is tarnished. The point remains that if Democrats succeed in destroying our Justice Department — and I believe they already have — then we’re in dangerous and uncharted waters.

REMINDER: Andrew Cuomo’s egregious nursing home executive order resulted in the needless deaths of thousands of elderly people, alone. Don’t give him a pass for that, ever.

Micky Kaus is one of those old-school Democrats — the kind Ronald Reagan did business with on a daily basis in the ’80s — that I’d be happy to negotiate with, too. In fact, I’ve been reading Kaus since before I started blogging, and I’ve been blogging for 20 years.

Anyway, Kaus seems to regard the “crime” as fundamentally No Big Deal:

However, he also retweeted Byron York quoting an Axios report that described the raid as “unprecedented.”

As Axios put it, “One perplexing aspect of the Mar-a-Lago search, at least to some legal analysts, is that the crime reportedly being investigated does not seem to match the unprecedented tactic of an FBI raid on a former president’s residence.”

The crime? No big deal. The raid? That might be a very big deal, indeed, and maybe not in the way the Biden Administration had hoped.

I was pleasantly unsurprised when Harvard Law’s Alan Dershowitz, a lifetime Democrat of the old school, told Fox News that “A raid is supposed to be a last resort, but this administration has used the weaponization of the justice system against its political enemies.”

“The whole process was wrong,” he continued, “and Trump was away at the time, so they can’t say he was going to destroy anything.”

Dershowitz has always been 100% solid on constitutional issues and unafraid to take unpopular stances to stay that way.

One-time Democratic presidential contender Andrew Yang tweeted that “This raid strengthens that case for millions of Americans who will see this as unjust persecution… It’s probably bureaucratic but it seems political.”

Finally, I really didn’t expect to find a hardcore British lefty worried about how the raid will play out. But maybe that’s just me, for once underestimating the Biden White House’s self-destructive streak.

But here’s The Guardian‘s Ed Pilkington, warning that it will “take time” to determine whether the raid “meets the exceptionally high bar needed to justify the first such raid in US history on the residence of a former president.”

Pilkington is still all-in on the whole “violent insurrection” thing, so let’s call his small admission what it is: Perhaps not even a baby step towards taking the red pill.

Nevertheless, some small praise is due to all five.

I’ve become so accustomed to knee-jerk defenses of every one of this administration’s offenses against civility, precedent, and the Constitution, that whenever I see something else — something better — I feel an obligation to give credit.

Also for our VIPs: Meet the Trans Activist Who Is Trafficking Illegal Mail-Order Hormones to Kids

Jen Psaki Makes a Stunning Admission About Joe Biden
‘Kansas doesn’t have a brand’: People sound off after Democratic NYC Mayor Eric Adams says that ‘New York has a brand,’ but Kansas does not
Asked whether Biden should seek reelection, Pelosi declines to answer, says she will not get into the politics of the issue
Kansas self-taught pathology assistant sentenced for illegal autopsy scheme
Man pleads guilty to making a dozen Molotov cocktails for plot to burn down Seattle police union building. He faces 10 years in prison.