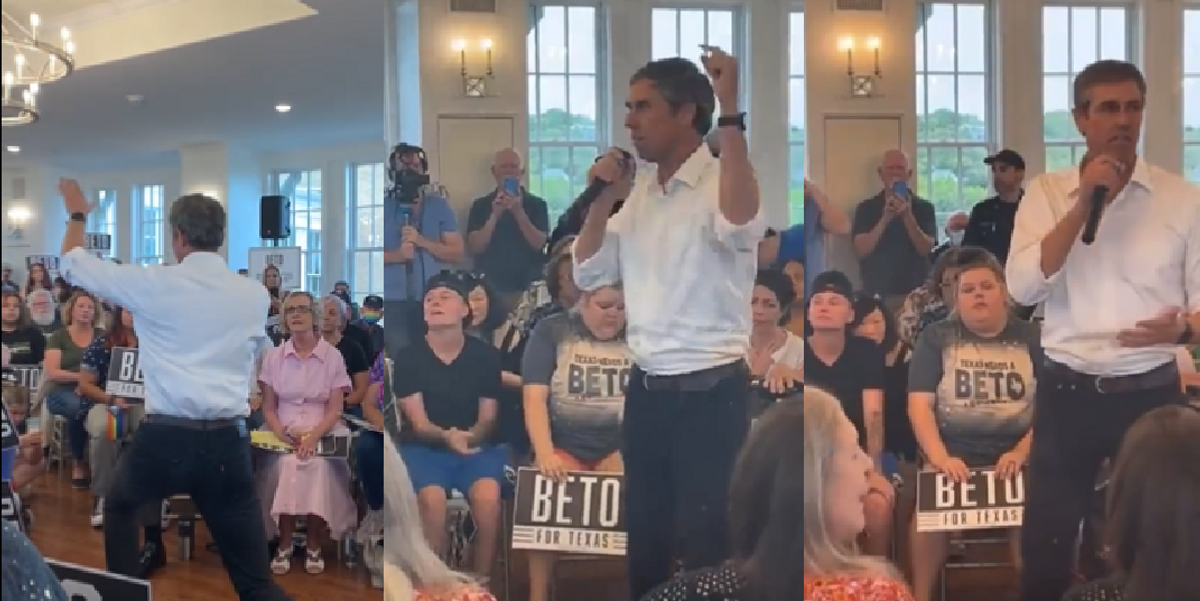 During a town hall speech on Wednesday, Democratic gubernatorial candidate Robert “Beto” O’Rourke was interrupted while dramatically demonstrating what soldiers “on the battlefields in Vietnam” would look like while using an AR-15 to “penetrate an enemy soldier’s helmet at 500 feet.” Of course, he was obnoxiously using the atrocious murders of 19 children and two teachers in Uvalde, Texas, to bolster his campaign, just as he did in May, only one day after the horrific elementary school massacre, when he showed up and heckled Texas Republican Gov. Greg Abbott in the middle of an update.

According to the Beto-loving Twitter mob, O’Rourke’s heckler “laughed,” prompting the Democratic candidate to shout, “It may be funny to you, motherf***er, but it’s not funny to me.”

Apparently, former ESPN host Jemele Hill can be counted among O’Rourke’s simpering fans on Twitter, where a video clip of his outburst has been viewed nearly 5 million times as of this writing.

No, Jemele, we don’t gotta.

O’Rourke, a longtime advocate for strict gun control laws, will face off against Abbott in November.

On “Pat Gray Unleashed,” BlazeTV host Pat Gray elaborated on the race to be Texas governor, with Abbott and O’Rourke battling over gun rights, the border crisis, Texas schools, and more.

To enjoy more of Pat’s biting analysis and signature wit as he restores common sense to a senseless world, subscribe to BlazeTV — the largest multi-platform network of voices who love America, defend the Constitution, and live the American dream.