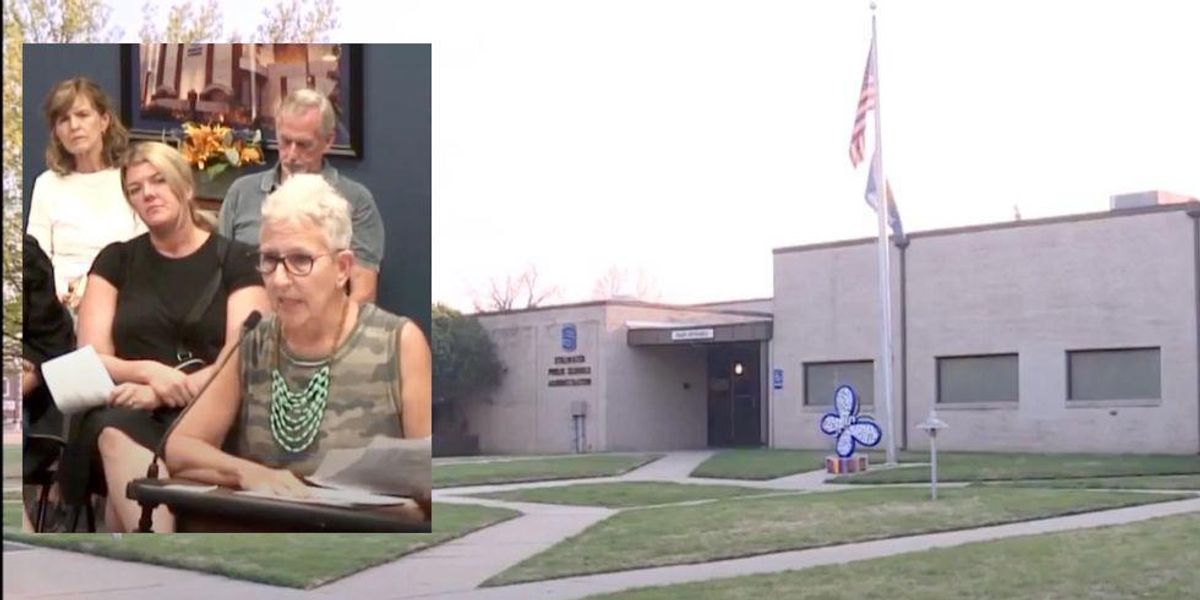 Oklahoma parents demanded that sexually explicit books be removed from the public school libraries in their district, but others argued to keep them.

The parents made their objections known at the monthly meeting of the Stillwater Board of Education on Monday.

Stillwater resident Karen Flack cited the book, “The Truth About Alice,” which is a book about a hypocritical woman protesting against abortion clinics while her daughter has an abortion.

“I just feel there is no need for this in our libraries,” Flack said. “This is just not appropriate. To me, it’s like if you had a section of video pornography for kids to check out. Wish you would find out more about how these books are getting into the school and get back to teaching our children.”

The book’s author, Jennifer Mathieu said specifically that the book was an attempt to persuade people to defend abortion rights.

Another parent referenced “Me and Earl and the Dying Girl,” which has explicit accounts of oral sex.

“I hesitate to read it,” said Riley Flack to the board. “I don’t feel comfortable reading it to adults.”

He said another book on their list had 79 instances of the F-word.

Not all parents agreed.

“We’re not limiting their time on the internet,” said parent Danielle Keig to KOCO-TV.

“I’m sure these parents also let their kids use TikTok, Facebook, Instagram, social media apps, those things have way more sexualization in them than these books do,” she added.

She also argued that wanting the sexually explicit books out of the public library was somehow against the Constitution.

“The Library Bill of Rights, rooted in the First Amendment, has been repeatedly held up in court cases and it guarantees that parents can choose for their own child what they can and cannot read,” Fuxa said, “however, it holds that other parents do not have the right to restrict access for my children as that right lies with me and my family.”

The objecting parents said they would making formal complaints about the books in order to initiate a formal investigation about their controversial inclusion in a public school library.

Stillwater Public Schools said in a statement to KOCO that no parent had thus far made a formal complaint about the books.