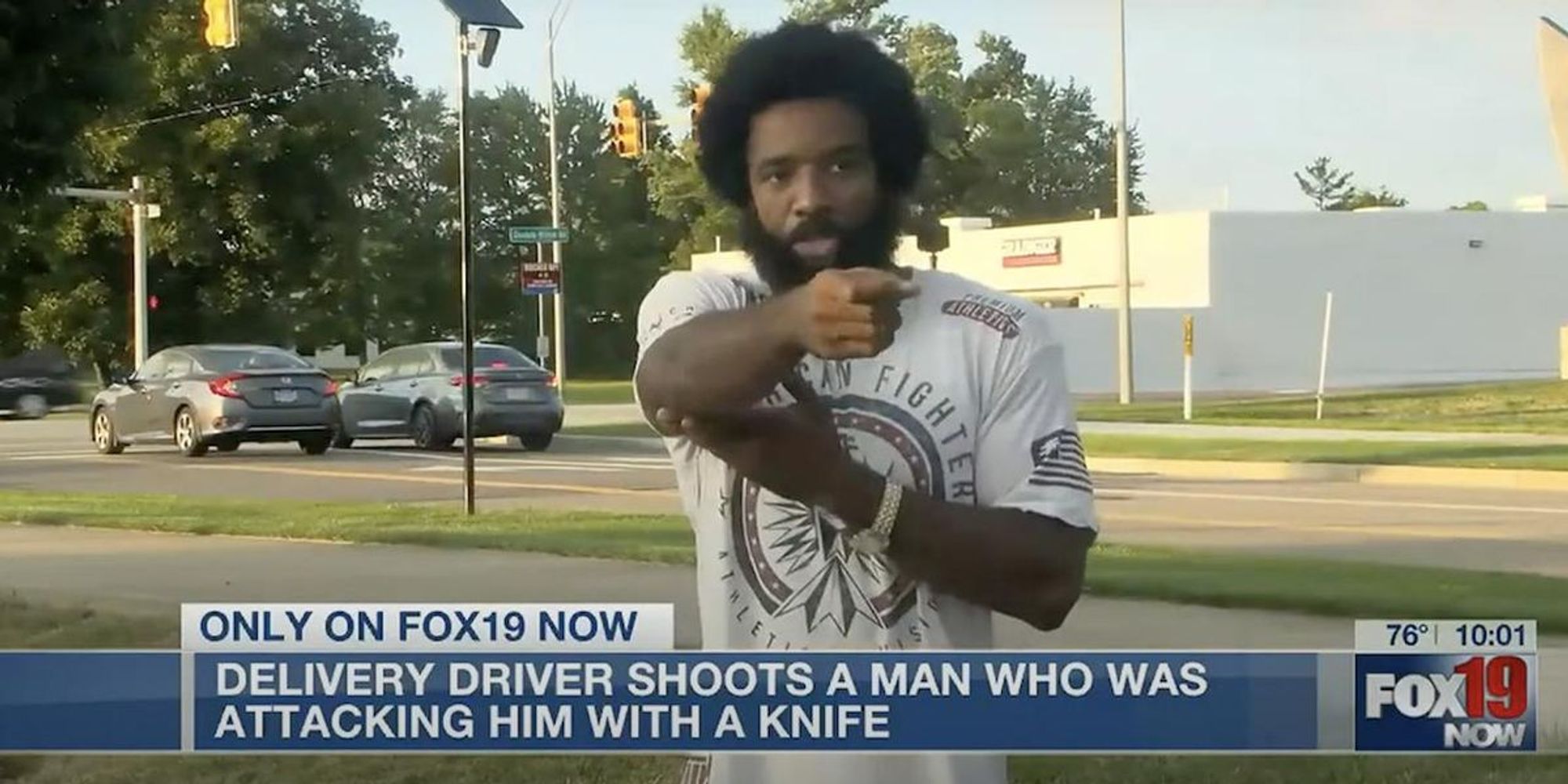 An Amazon delivery driver — who police said shot a knife-wielding man in self-defense over the weekend and isn’t facing any charges for pulling the trigger — told WXIX-TV that Amazon deactivated him as a driver.

The station said Gino Grove — a married father of three — was out on his route around 4 a.m. Sunday when the suspect came at him with a knife, according to police in Middletown, Ohio.

“I see a guy running full speed at me,” Grove told WXIX in a Wednesday interview. “He’s yelling … ‘Knife fight! Knife fight!’ And I look, and he has this big blade in his hand.”

The station said Grove noticed the man sneaking around before the confrontation, so he already was on high alert.

“I raise my firearm, and I’m trying to tell him, ‘Stop, stop, stop!’ He’s like, ‘Knife fight! Knife fight!’ And he’s looking at me, got these bugged-out eyes, and he’s coming at me close,” Grove added to WXIX.

The police report shows the suspect — Christopher Roberts — was suspected of being under the influence of drugs at the time, the station added.

Middletown Police Chief David Birk told WXIX that “obviously [Grove] was in fear. So in defense of himself, he was able to discharge a firearm, striking the individual in the leg area.”

But Grove told the station the knife-wielding man barely reacted after getting shot.

“I’m like, ‘Oh my goodness, this did not work on this man, he’s still coming, he has a knife in his hand, I’m about to get gutted out here,'” Grove noted to WXIX.

Birk told the station Roberts ran from the scene after being shot and was soon taken to Atrium Medical Center after police found him.

Grove noted to WXIX he was afraid for his life and just wanted to see his family again: “I had to fend for my life at that moment, because that guy was attacking me with a knife. He came at me with a knife. If I didn’t have my firearm, I wouldn’t be here today. I know that for a fact. I would not be here today. My family would be planning my funeral.”

Birk also said officers were investigating the shooting to determine whether it was done in self-defense when Roberts walked out of the hospital, the station reported.

“Him walking away from the hospital kind of helped clarify the situation that the Amazon delivery driver was just defending himself,” Birk told WXIX, adding that police soon found Roberts again and took him to a different hospital.

The station said Roberts is facing charges of felonious assault.

Grove says Amazon deactivated him as a driver

Not all is apparently well concerning Grove’s employment with Amazon, however.

He told the station that Amazon deactivated him as a driver, and Grove is unsure of where his employment status with Amazon stands.