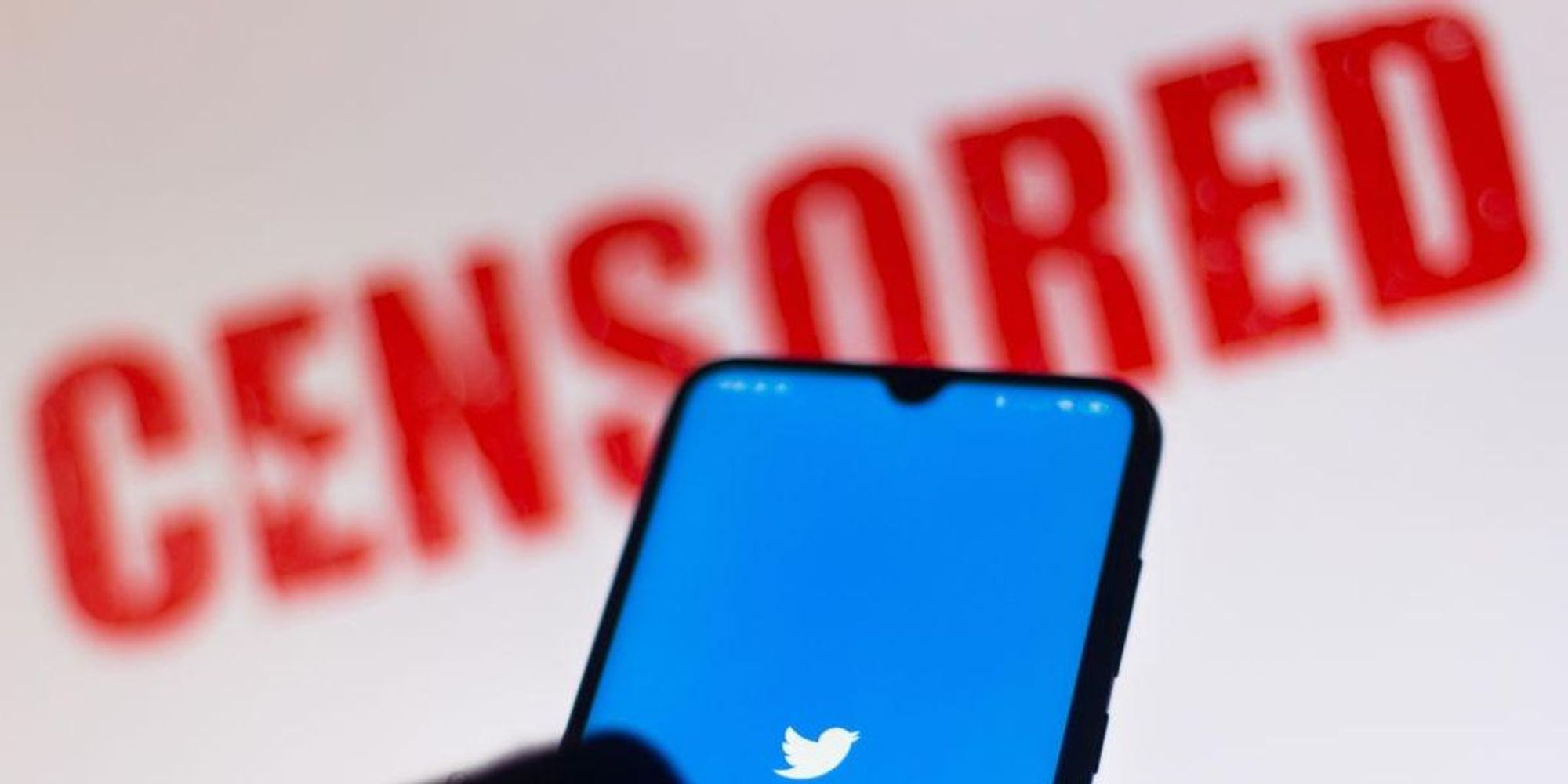 Journalist Alex Berenson – an outspoken critic of the government’s COVID-19 response – claimed that the Biden administration privately pressured Twitter to ban him from the social media platform.

In August 2021, Berenson was permanently suspended from the social media platform for alleged “repeated violations” of Twitter’s COVID-19 misinformation rules. After being banned, Berenson launched a lawsuit against the social media giant.

Berenson said he obtained internal Slack messages of Twitter employees from the lawsuit.

The messages featured Twitter employees meeting with President Joe Biden’s team in 2021. The Twitter employee said the White House’s questions were “pointed,” but “mercifully, we had answers.”

One Twitter told another, “They had one really tough question about why Alex Berenson hasn’t been kicked off the platform.”

“They really wanted to know about Alex Berenson,” read another screen capture of a conversation between Twitter employees. “Andy Slavitt suggested they had seen data viz [visualization] that had showed he was the epicenter of disinfo that radiated outwards to the persuadable public.”

u201cHey @ASlavitt, remember how you tried to use the power of the federal government to deplatform me?nnTime to lawyer upu201d

At the time of the meeting, Andy Slavitt served as a senior White House COVID-19 adviser until he left the Biden administration in June 2021.

“According to an interview he gave to the Washington Post in June 2021, Slavitt worked directly with the most powerful officials in the federal government, including Ron Klain, President Biden’s chief of staff, and Biden himself,” Berenson wrote on his Substack titled “Unreported Truths.”

A Twitter employee said of Berenson’s tweets, “I’ve taken a pretty close look at his account and I don’t think any of it’s violative.”

He was deplatformed for a tweet about the COVID-19 vaccine that read, “It doesn’t stop infection. Or transmission. Don’t think of it as a vaccine. Think of it – at best – as a therapeutic with a limited window of efficacy and terrible side effect profile that must be dosed IN ADVANCE OF ILLNESS. And we want to mandate it? Insanity.”

Berenson and Twitter settled the lawsuit. Berenson was reinstated on Twitter in July. As part of the settlement, Twitter acknowledged that Berenson’s tweets “should not have led to his suspension at that time.”

Berenson wrote, “The documents contain other revelations, including emails showing that other reporters asked Twitter to take action against me; I will report on those in the future.”

The former New York Times journalist told Fox News, “I hope and expect to have more information to report soon.”

He threatened to hit Slavitt with a lawsuit.

Berenson tweeted on Saturday, “Crickets from Andy Slavitt to explain/apologize for his appearance as the Biden Administration’s Censor-in-Chief in the Twitter documents today. I guess he hasn’t been online! It’s okay, depositions will clear everything up.”

Berenson asked Slavitt, “Remember how you tried to use the power of the federal government to deplatform me?” He added, “Time to lawyer up.”

“This is state action and a violation of my First Amendment rights, period,” Mr. Berenson wrote on Twitter. “Berenson v. Biden (and Slavitt), coming soon to a federal court near you.”

In May, Berenson wrote an opinion piece for the Wall Street Journal titled “My Lawsuit Will Shine a Light on Twitter Censorship.”

“The White House began publicly pressuring social-media companies to censor vaccine skeptics,” he wrote in the article. “A spokeswoman said officials were ‘reviewing’ whether companies could be held liable for ‘misinformation’ posted by users despite Section 230 of the Communications Decency Act, which courts have interpreted to give the companies near-complete immunity for decisions they make to allow or censor content.”

“Censorship by these vastly powerful companies is antithetical to the advancement of science and basic democratic principles, both of which require open debate,” Berenson argued. “But the companies and government have closely guarded the secrets of how they work together—including whether and how they target dissenters like me.”

New York lawyer turned terrorist trying to avoid prison after firebombing NYPD vehicle
ABC’s Donna Brazile: Biden Has Done a Fabulous Job on Economy
9th Circuit Court strikes down California law that would have forced ICE to move migrant detainees to other states
Am I The Only One Who Remembers When Dictionaries Were the Authority on Words?
‘Unwoke’ With Kevin and Kruiser #49: How Many Attractive Italian Women Does It Take to Trigger a Democrat?