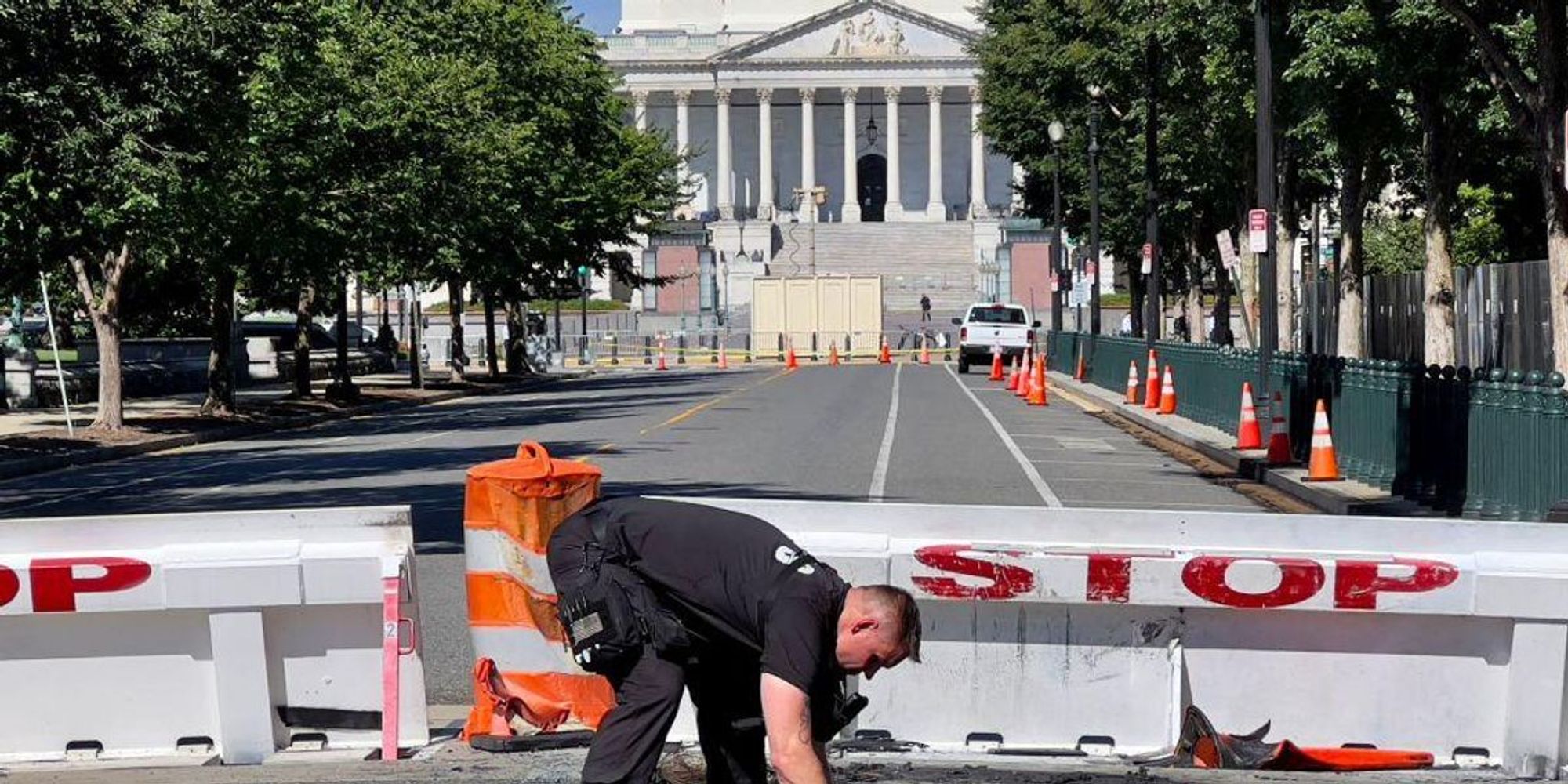 A man shot himself after crashing his car into a barricade near the U.S. Capitol building early Sunday morning.

An unidentified man rammed his car into a barrier at East Capitol Street and Second Street. The man escaped the vehicle while it “became engulfed in flames,” according to a statement from the U.S. Capitol Police.

The man then reportedly fired shots into the air along East Capitol Street. Capitol Police approached the man, and he then committed suicide by shooting himself in the front area of the Capitol building.

Authorities say nobody else was hurt.

Capitol Police are “looking into the man’s background.”

Washington D.C.’s Metropolitan Police Department has launched an investigation into the man’s death.

This is a developing story and will be updated when more details become available.