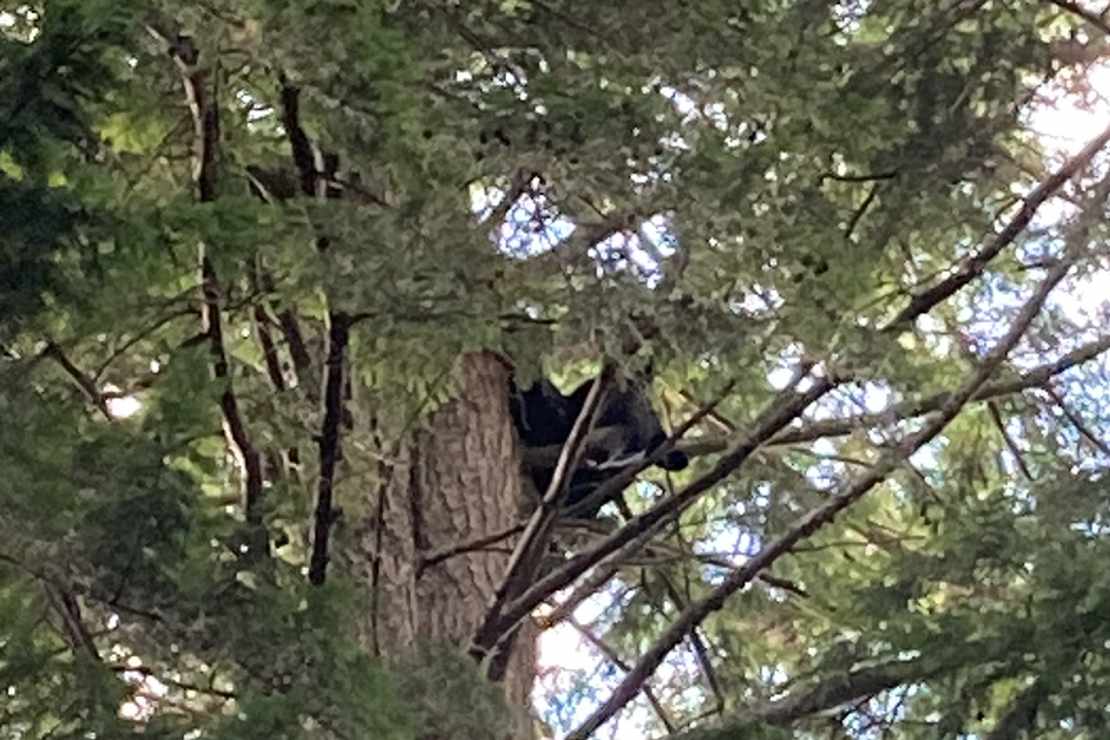 So, we did it again. We continue to leave our climate-controlled house where everyone has their own room and every amenity a person could ask for to pack up half of our belongings, cram into a car, drive several hours, and pay someone so we can live in a tiny house in the woods and basically do what we do at home, but somewhere much less convenient.

Why do we do this? As I packed up half my kitchen (because the cabins in the Adirondacks don’t come stocked with basic cooking tools or even linens), I asked myself, “Self, why are you doing this? This is not relaxing. This is stressful! I’m going to forget something vital and hate myself for having to buy a vegetable peeler at a store where it’s marked up by 200%.”

We also learned the hard way last time that bringing groceries from home is necessary to avoid the jacked-up prices out of town, and so that leaves much less room in the car. By the time we were ready to go, the pickup truck was full to the brim with stuff we probably wouldn’t need but you know…just in case.

It didn’t help my mental state that the weather called for rain for the entire four days we planned to be boating and sunning ourselves in some mountain lake.

And so I packed the rain gear and some card games just in case, not looking forward to being stuck in a one-room cabin with three disappointed children who wanted to go to the waterpark. It brought back memories of Elyse Keaton screaming at her children in a similar situation to just “SIT DOWN AND SHARE THE JOY!”

Twenty minutes down the road, the little one asked “how long until we get there?” and proceeded to repeat that inquiry for the next three hours. Each time we told him a different answer that added time to our arrival. He never caught on. When we did arrive, things went a lot smoother than the last time I remember cabin camping (which seemed like a constant chore of hauling bags in and out). We got everything unpacked in about 20 minutes, and I didn’t appear to have forgotten anything for the first time ever. We had a fire going in the pit in record time, hammocks hung, and toes warming in the cool weather.

This is a great big beautiful country and I’m blessed to live in it. It’s good to remember what makes it great. The land, the animals, the lakes, and the families. This wild country is untameable. Get outside! pic.twitter.com/xAP9iaSDDk

It was sweatshirt weather and not looking good for swimming, but it wasn’t raining so it felt like a win. A good friend of mine remarked before we left that we “could have had the same experience by staying home and opening all the doors” to let the bugs in. That’s not far off from the truth, but yet we do this, many of us with kids. We take them out of the everyday routine, hoping to find something special.

We have never been disappointed by this great country’s ability to wow us when we take the time to immerse ourselves in its natural beauty. Some of you remember the awe-inspiring trip we took to Yellowstone in an RV in 2020 that was life-changing (for me, anyway). I took 19 days off the internet and just stared at clouds in different states, an activity I can’t recommend highly enough for anyone who needs a reset and a new perspective.

This trip, while much shorter, still had its own magic. The second day we were there we woke up to a call from a friend who was staying at a campsite close by that there was a bear in her tree watching them. We went down to their site, the girls riding their bikes we hauled from home, and had a very close encounter with a black bear that none of us will ever forget.

It did rain once and we played the Oregon Trail card game, which is totally unwinnable but inspires much hilarity. And just as we ended that game having all died of drowning, snake bite, or some incurable disease, the sun came out and we got back outside.

The children became so used to being in the same room in close quarters with us and having our undivided attention that they went through a sort of withdrawal when we got home and life went back to normal. They didn’t know what to do with themselves in their own rooms alone. As hard as camping is with kids, and it is not easy, it’s always worth it. The closeness and bonding that happens naturally around a fire or in a one-room cabin should be experienced by everyone. They seem to forget that their siblings are usually their enemies and decide to be co-conspirators again. The older two got to take scary night-time bike rides by flashlight, buy trinkets in the camp store, and paddle-boat by themselves. We nosed through interesting gift shops and found treasures to take home (including one handmade glazed butter dish, which is my new favorite kitchen accessory, and some harem pants found in a hippie store that had to come home with me).

I read Mark Twain to the kids and we ate fried fish and s’mores. We never did get to the waterpark because the weather remained too cool, but the real fun was the time together as a family that was had before they grow up and move out and create memories of their own. And with a junior in high school, that scenario is coming faster than Mr. Fox and I want to admit.

So don’t let the daunting nature of camping deter you from finding those magic moments in the beauty of God’s creation. It’s worth every mosquito bite and overpacked suitcase. Get out there!

‘We got to do what we got to do’: Journalist uses condom to protect microphone during Hurricane Ian broadcast
Even Dem-Friendly Polls Can’t Hide GOP Momentum
‘Unwoke’ With Kevin and Kruiser #49: How Many Attractive Italian Women Does It Take to Trigger a Democrat?
Man allegedly sent his mom to pay for 3 rape victims to be murdered before they could testify, but hitman was an undercover cop
Democratic strategist Kurt Bardella tweets, ‘How long until Republicans start floating policies to impose a dress code on women’