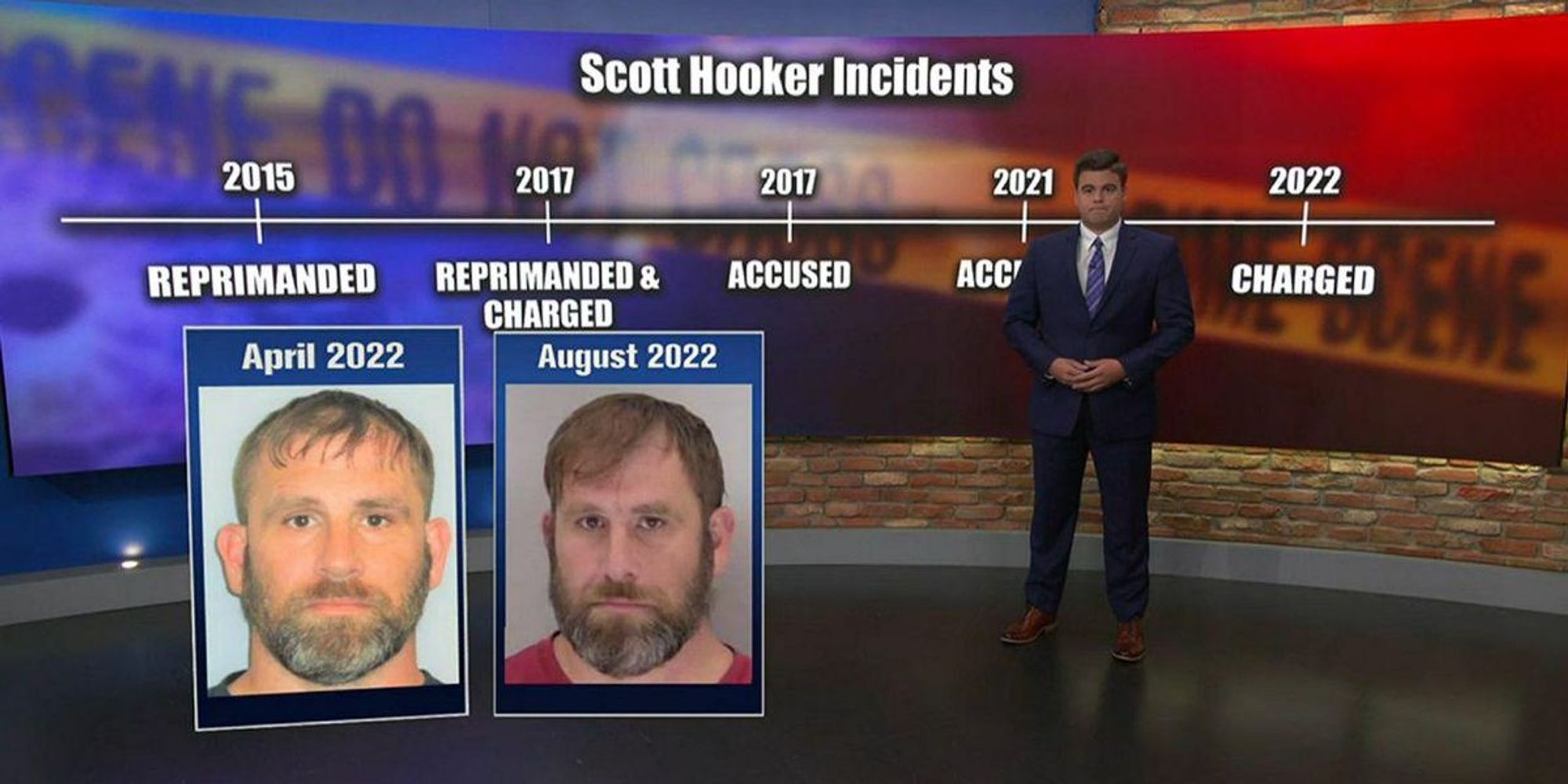 A Georgia man, Scott Hooker, was arrested last week for sexual contact by a teacher. Hooker was a special education teacher who taught at several schools in the Columbia County School District in Georgia.

In 2017, former student Madison Cooksey accused Hooker of hugging and sliding his hand down her back on Valentine’s Day. A couple of months later, he was accused of harassing Cooksey.

A formal letter of reprimand was placed in Hooker’s file. The principal also recommended that the superintendent take disciplinary action, including potentially firing the teacher.

Over a week later, Superintendent Sandra Carraway responded, calling his actions “worrisome.” He was not removed from his position. Hooker was ordered not to be left alone with any female students beyond his duties.

Even though the teacher admitted to hugging the student, the case was ruled “no bill” by the grand jury because of a lack of evidence and eyewitness accounts. Nevertheless, Cooksey kept pursuing the case.

Last week, after a four-year battle, her case was brought before a grand jury again. They decided to charge Hooker for the 2017 incident.

Hooker had developed a pattern of inappropriate interactions with his students. WRDW-TV reported that in 2015, Hooker was reprimanded after a high school student referred to him as “daddy.”

The situation was reported to the superintendent, and Hooker received a note stating that he should refrain from unprofessional conduct with students.

In 2021, he was reported by a student at Burke County High School. Later that same year, Hooker was accused of being inappropriate with another student at the same school. As a result, he was arrested and charged with improper sexual contact by a teacher, sexual battery, and simple battery.

In response to the indictment, Cooksey stated, “It’s been hard emotionally, mentally, but I’m glad that I’ve done all of this and I’m glad that I could help future people down the road so this doesn’t happen again.”