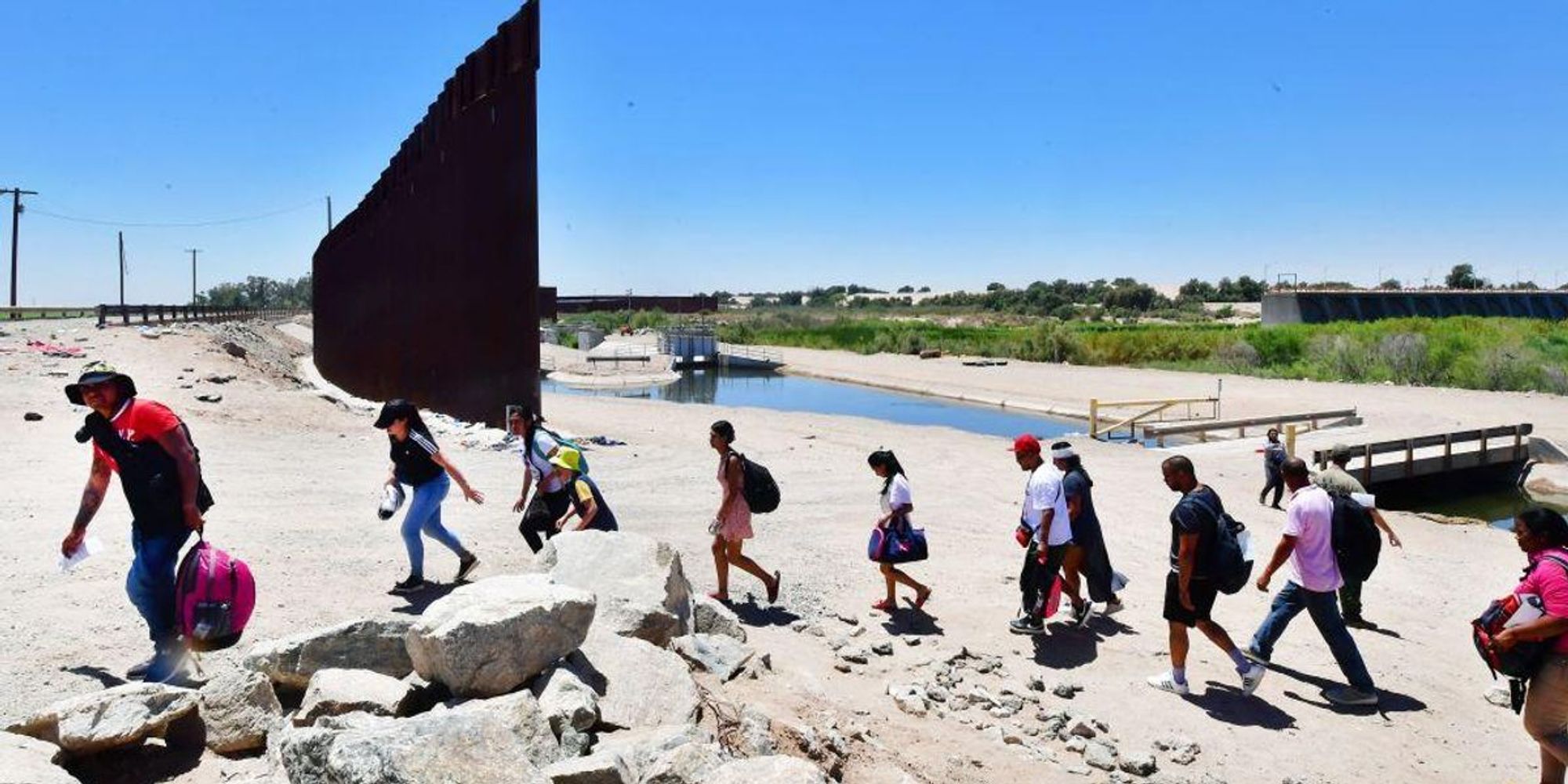 Millions of migrants continue to cross the U.S. border, and while many of them are breaking the law when they do so, few are considered a threat to national security. However, a report from U.S. Customs and Border Patrol suggests that suspected terrorists are also lurking among the giant waves of migrant families and workers who cross the border en masse.

According to the report, CBP apprehended 10 suspects listed on the U.S. terror watch list in July alone, bringing the total for the fiscal year, which began on October 1, to 66.

Moreover, many of those suspects who are stopped by CBP often don’t even know they are on the terror watch list.

“Anybody who actually knows or has a fear they’re on the watch list, they’re coming through those gaps and holes,” said Rodney Scott, former chief of the Border Patrol.

And there are many “gaps and holes” through which many people — and many illegal substances — have crossed. CBP says it has had 1.8 million encounters this fiscal year, and the Washington Times reports that the amount of fentanyl apprehended by CBP in July tripled the amount apprehended in June: 2,072 pounds last month compared to 640 pounds the month before.

Though the amount of drugs seized at the border fluctuates from month to month and from substance to substance, the overall picture still appears grim. In the month of July, cocaine seizures fell 54%, while seizures of methamphetamine rose 15% and heroin 8%.

Between the influx of people and drugs, border states have come up with creative ways to draw national attention to the problem. Gov. Greg Abbott of Texas has bused some migrants to Washington, D.C., and New York City, and Arizona gubernatorial candidate Kari Lake has repeatedly promised to “blow up” the drug tunnels used by the Mexican drug cartels, should she be elected this November.

Scott remains hopeful that this latest report regarding terrorist apprehensions will likewise cause a national stir. The number of terrorists apprehended in July, he said, is “beyond red flares.”

“Those are rocket flashes going on.”

‘We got to do what we got to do’: Journalist uses condom to protect microphone during Hurricane Ian broadcast
DeSantis eviscerates reporter for ‘politicizing’ Florida’s response to Hurricane Ian: ‘Whoa, whoa, whoa! Give me a break! That is nonsense!’
Musk Texts: ‘Drastic’ Action Must Be Taken Against Bot Accounts
Man convicted of dumping 24 human body parts, including heads, in the Arizona desert
CROWDER breaks down why Russians seemingly turned on Putin