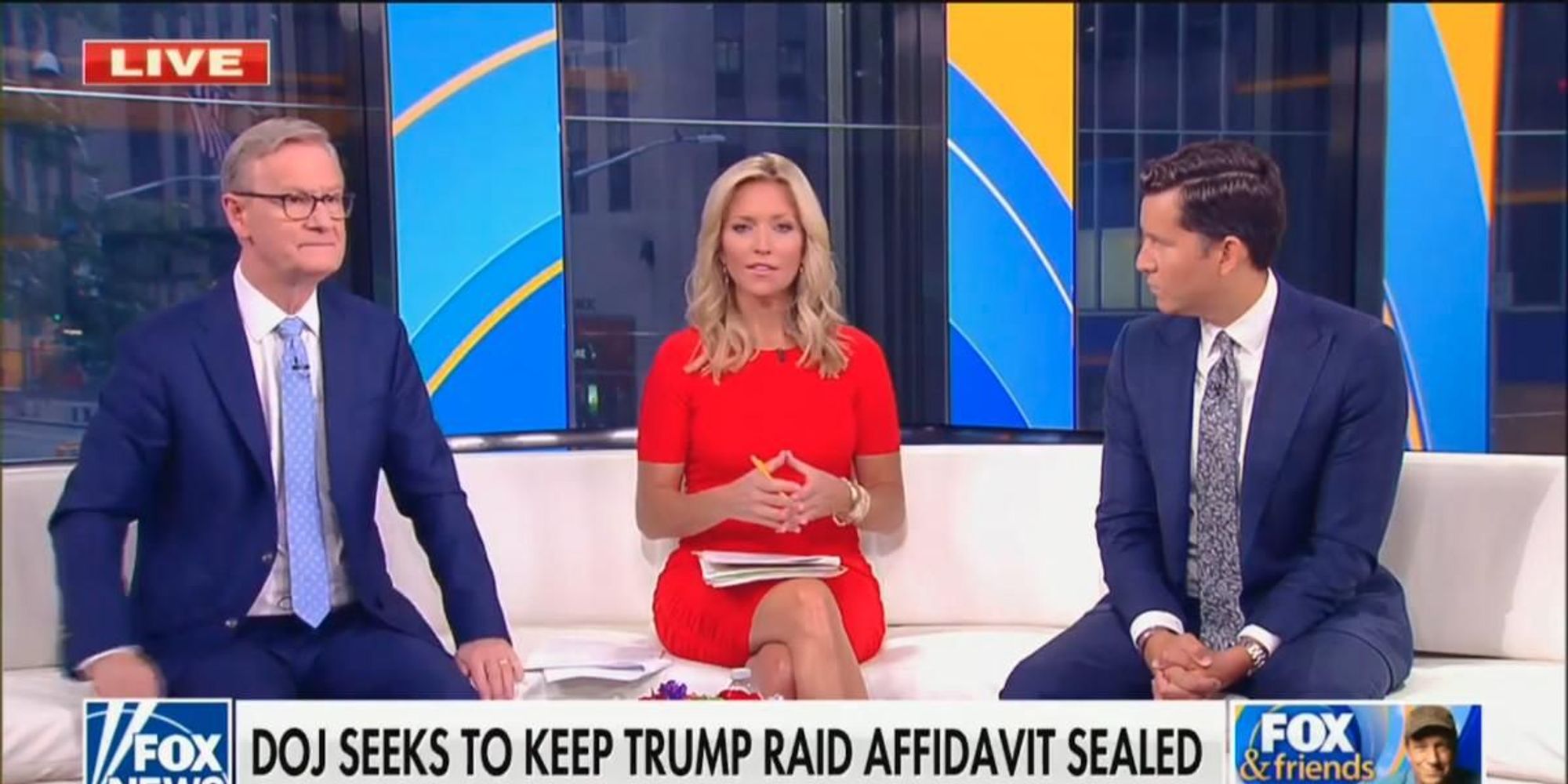 Scott is one of several Republican officials who have chastised the Department of Justice and the FBI for arriving unannounced at Trump’s home on Aug. 8 and raiding his possessions in search of purported classified materials that Trump allegedly held at Mar-a-Lago after leaving the White House.

On “Fox & Friends” Tuesday, co-host Ainsley Earhardt noted that Republicans have argued there are “inconsistencies” in how federal law enforcement officials have treated Trump versus how they have dealt with Democrats accused of mishandling classified material, namely former presidential candidate Hillary Clinton. She referred to an interview Scott gave to Fox News on Monday in which he blasted federal law enforcement for “the infrequent, inconsistent application of the rule of law as it relates to President Trump.”

“I can’t imagine how it feels to see a 232-year precedent go down the drain, over what? A dispute over what should or should not be included in our national archives,” Scott said.

“To me, until we see specificity within the affidavit, we will not have the kind of clarity that the American people need to come to their own conclusion,” he told Fox News’ Bret Baier. “And without that, this unprecedented, alarming raid remains at a high level of urgency to bring about real solutions that today are elusive because Merrick Garland refuses to cooperate in releasing all the information necessary to understand what happened.”

Garland announced last week that the Department of Justice would seek to unseal the search warrant, declaring it a matter of public interest because Trump and his supporters have accused the Biden administration of weaponizing the justice system against him. But the DOJ has asked U.S. Magistrate Judge Bruce Reinhart to keep the FBI affidavit that outlines what probable cause existed to obtain a warrant hidden from the public’s view.

The government claims releasing the warrant would “cause significant and irreparable damage to this ongoing criminal investigation.” Doocy pointed out that Scott should know this and also said, “The senator knows that in a criminal investigation like this, they don’t release it until they’ve figured out whether or not somebody’s going to be charged or not.”

“And if they’re not charged, they don’t release it, so that they do not unfairly tarnish the reputation of an innocent person,” Doocy said.

This wasn’t the first time the “Fox & Friends” co-host was critical of rhetoric against the FBI and Justice Department since the raid at Mar-a-Lago.

On Monday, Doocy said “it would be great” if Trump would put out a statement condemning “violent rhetoric” aimed at FBI agents. Trump did so Monday evening in a statement to Fox News, in which he said he “will do whatever” he can “to help the country” and that “the temperature has to be brought down” after the FBI raided his home.

“The country is in a very dangerous position. There is tremendous anger, like I’ve never seen before, over all of the scams, and this new one — years of scams and witch hunts, and now this,” Trump said.

“If there is anything we can do to help, I, and my people, would certainly be willing to do that,” he added.