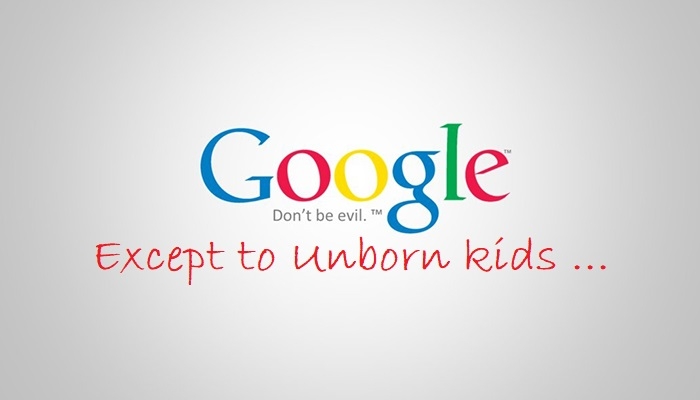 Yeah, it’s funny to remember the days when Google’s corporate motto was “Don’t be evil.” And yet it seems that a lot of the company’s employees don’t think it’s evil enough. They think Google should be a leader of the Moloch List – companies that lavish time and money on employees to kill their unborn children. 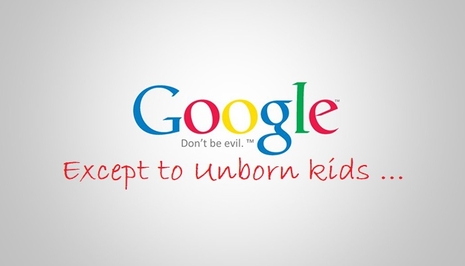 In the antiseptic, NARAL-approved language of the Washington Post, “Google staffers are calling on the tech giant to take greater steps to protect workers’ reproductive health, including by expanding travel benefits for medical services to contractors and halting political donations to antiabortion groups.”

Back in June when Roe was overturned, Google “reiterated in a memo to staff that their benefits package allows employees to travel out of state for medical procedures that are unavailable to them, including abortions, and that they can apply for permanent relocation ‘without justification,’” said The Post.

Not enough. Maybe they want fruit baskets or balloons or monogrammed bathrobes.

The Post said more than 650 workers signed demands from the Alphabet Workers Union “that the company create a task force to implement a slew of policy and product changes aimed at addressing abortion-related risks.”

“The move marks the first major organizing campaign at Google in response to the Supreme Court ruling revoking the right to abortion, which sparked backlash among workers in Silicon Valley.”

You know, those salt-of-the-earth laborers with the powered scooters and $14 coffee drinks? They’re organizing for the right to convenient sex. The capitalist exploiters are already shaking so much they can’t keep their monocles on.