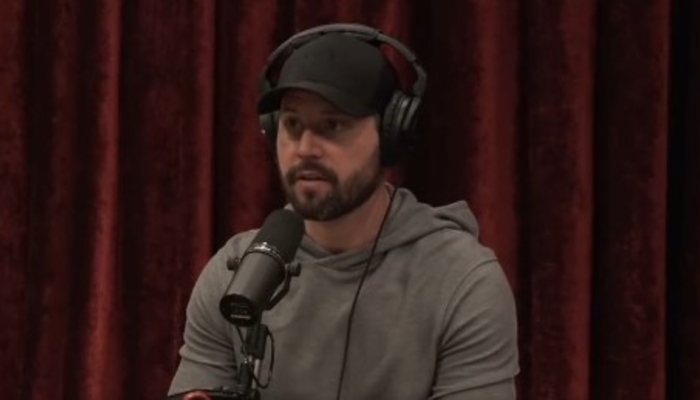 On Rogan’s podcast, The Joe Rogan Experience, the pair discussed Twitter content moderation and the apparent intent behind Section 230 protections to shield users from obscene content, harassment and doxing. “All that stuff is there. It’s all there. They don’t take it down,” Dillon said. “They don’t have a problem with harassment.”

He later added that Big Tech and leftist bullies on social media are “doing what they say you shouldn’t be allowed to do but it’s justified when they do it.”

Dillon used Libs of Tiktok as an example. “They’ll post a video of something, they’ll say, ‘Oh there’s this family-friendly drag show coming up,’ you know, and ‘This is a flyer that is being publicly advertised,’” he said. Dillon described the visceral response from leftist apologists online. “They will go hard like doxing, intimidating, trying to harass, and shut up this account that is drawing negative attention to things that they don’t want to receive negative attention.

Rogan agreed. “It’s not like what Libs of TikTok is posting is fake,” he said. “These are real.”

But the podcast host also raised the common leftist talking point that Libs of TikTok cherry-picks examples of “really ridiculous people” to gin up concerns.

“People who are not doing anything remotely like that get lumped into that same group,” Rogan said. “That’s what people are scared of.”

Dillon responded that leftists “lump themselves into it by defending those things”:

MRC CensorTrack has recorded that Big Tech censored Libs of TikTok 10 times in the last five months, or about every other week on average.

“They’ll say, ‘Well, why can’t a teacher talk to a student about sex and gender?’ ‘Why can’t they demand that they be addressed by certain pronouns?’ ‘Why can’t they be the confidant that children come to, because their parents won’t accept them for who they are?,’” Dillon said. “It’s not like these are outliers that they’re, that they’re saying, ‘Oh, no, no, no, we want nothing to do with that, we don’t believe in that.’ They actually defend it hard.”