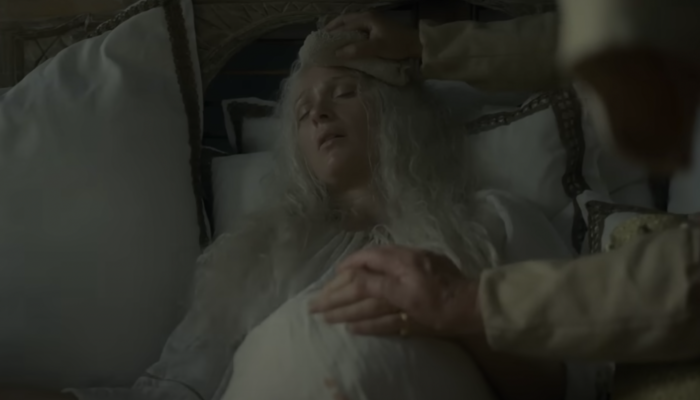 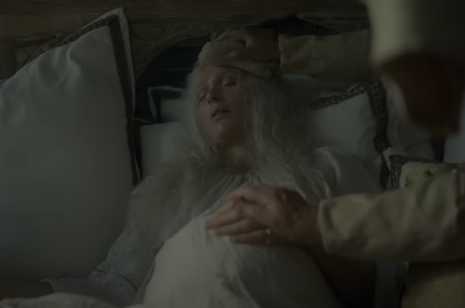 You could see this coming a mile away. I avoided all “spoilers” on Monday since I wasn’t able to watch the premiere episode of the “Game of Thrones” prequel spinoff “House of the Dragon” until Monday evening. Don’t ask how considering what I do for a living, but I managed.

Anywho, after watching the episode, “The Heirs of the Dragon,” while there were sprinklings of post-modern feminism throughout the episode, it wasn’t overwhelming to the point that justified a proper eye-roll. But there was one scene that I just knew was going to be talked about — the primitive C-section scene.

The writers couldn’t have made it any clearer that the whole thing was an allegory for the typical leftist abortion trope of, “in the event of the mother being in mortal danger.”

These days, there’s no reason for an abortion, because you can still have the baby and save the mother. However, in the time period of the show, about 110 A.D., you either had the choice of losing both mother and baby or at least having the chance of saving the baby but not the mother.

‘King Viserys’ (Paddy Considine) was given the choice between losing both his wife, Queen Aemma (Sian Brooke), and saving the prospective heir to his throne should the child be a boy. ‘Viserys’ chose to try and save the child, which meant putting his ‘Aemma’ through an absolutely pre-medieval C-section.

Grand Maester Mellos: During a difficult birth it sometimes becomes necessary for the father to make an impossible choice.

Mellos: To sacrifice one or to lose them both. There is a chance we can save the child. A technique is taught at the Citadel which involves cutting directly into the womb to free the infant. But the resulting blood loss…

Viserys: Seven Hells, Mellos. You can save the child?

Mellos: We must either act now or leave it with the Gods.

There was no way to save either or, not in those primitive times, even taking into account it’s fiction. Unfortunately, the baby also died post-birth. But that was where the controversy began.

I figured viewers might be critical, not upset, that a clear abortion trope was inserted into the show, even though the show is fantasy — and therefore, NOT REAL.

Of course, the helmet-wearing intelligentsia on social media were upset and offended that Aemma didn’t have a choice…even though in that time period, as mentioned earlier, the only choice was to possibly save the child or lose both.

the birth scene in house of the dragon was agonizing to watch, especially thinking about modern laws being made to control womens bodies, removing the “problem” of our consent from the process of giving men children.

I keep thinking about the gruesome childbirth scene in “House of the Dragon” last night. I couldn’t watch it. I’m tired of seeing women in pain—there is too much of it in this post-Roe reality for me to stomach it in fiction.

“House of the Dragon” can be seen every Sunday evening on HBO and HBO Max.