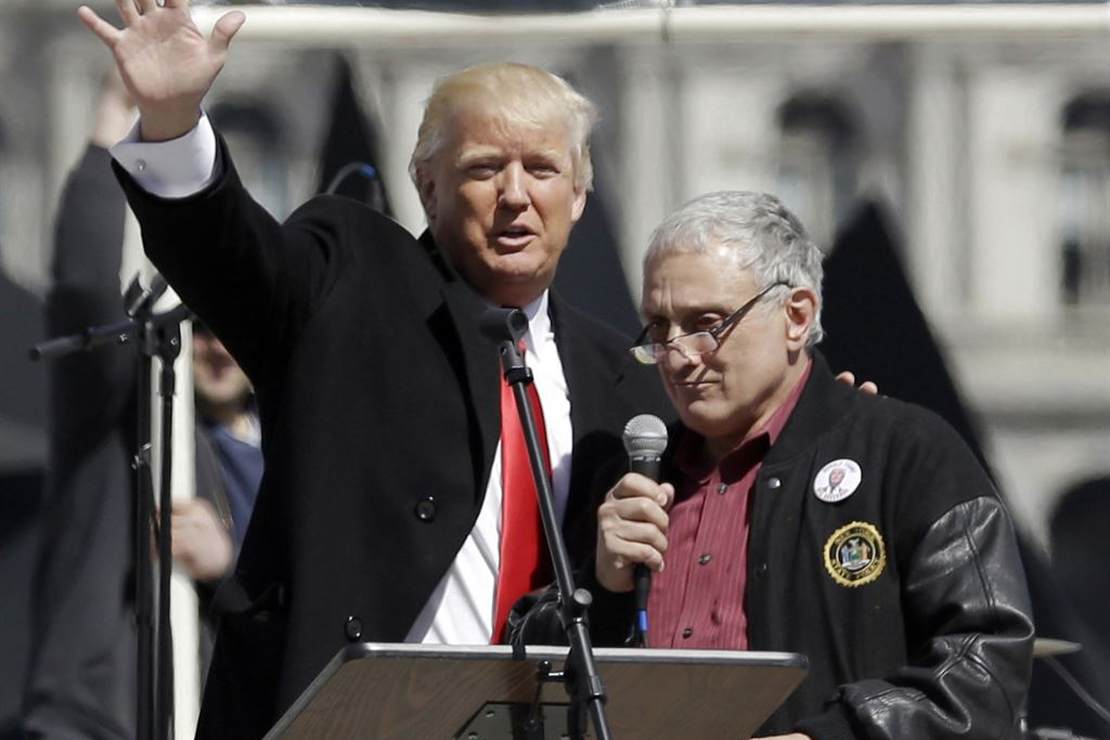 For a while now, I’ve said this is a race to watch, but not because it’s a battleground district that could impact the balance of power. NY-23 is a new solid red district created during reapportionment following the 2020 census, meaning the winner of the race is favored to win election to Congress in November. What made this race notable was that it pitted two strong Trump supporters against each other in what became a rather brutal primary battle. Both regularly touted their connections to Trump. Trump never made an endorsement in this race, choosing instead to make the rare move of remaining neutral.

So in the end, the race was between two Trump advocates who would both oppose the Biden agenda, yet the voters had the choice between two very different candidates. Paladino was a known quantity in the region as a well-known developer and advocate. He’s also been a divisive figure and an occasional magnet for controversy. Paladino recently came under fire for comments he’s made in the past, such as praising Adolf Hitler’s ability to inspire crowds and comparing the Buffalo and Texas mass shootings to “false flag operations.” Paladino has a history of letting his words be his worst enemy, and not even his congressional run was able to soften his tone.

Last week, Paladino appeared on Breitbart radio and said that Merrick Garland “should not only be impeached, he probably should be executed,” for approving the warrant that lead to the FBI raid on Trump’s home in Mar-a-Lago. Paladino later claimed he was “just being facetious,” but it was further indication that Paladino wasn’t disciplined enough for Republican voters in the district to feel confident that his penchant for controversy might not be left behind in New York if they sent him to Washington.

So what does this have to do with the 2024 presidential race? Well, Paladino, 76, has been well-known in the district for decades as a developer, just as Trump had a decades-old reputation as a successful businessman. It is widely expected that Donald Trump will run for president again in 2024, and it’s also believed that Florida Gov. Ron DeSantis may also run. Langworthy, 41, was the Chair of the Erie County Republican Party before becoming the youngest chair of the New York Republican Party — just as Ron DeSantis is the youngest currently serving governor in the nation.

If both Donald Trump and Ron DeSantis run in 2024, that battle would look similar to the Paladino-Langworthy race: two MAGA candidates going against each other, with the candidates having little substantively to differentiate them. It could come down to a question of style.

And the voters of NY-23 chose the more disciplined candidate. For sure, Langworthy was the underdog in this race. Paladino, a former gubernatorial candidate and a fixture in the local political scene, not only had wider name recognition (like Trump would in a primary) but he also mostly self-funded his campaign and out-raised Langworthy. However, Paladino’s baggage likely made Republicans in the district more comfortable with the younger, more polished Langworthy, and I could see the same thing happening in a Trump/DeSantis primary.

But what concerns me is how ugly this race got. Langworthy and Paladino were former allies in the local political scene who attacked each other with venom over the past couple of months. I’d hate to see a 2024 GOP primary go through something similar.

There’s no doubt that Ron DeSantis’s cachet in the Republican Party is on the rise — and there’s no doubt in my mind that he’ll one day run for president and win. The question is when. Would he run against Trump? I don’t know. Love Trump or hate him, he comes with baggage, and it’s conceivable that some might see that baggage as problematic. According to Langworthy, that’s why he ran for Congress.

“Carl’s candidacy is a big reason why I decided to do this,” Langworthy told the New York Times earlier this month. Langworthy believed that Paladino’s baggage would be “a huge detriment” to other Republicans running in the state.

Langworthy’s gamble paid off, and it’s easy to see how the same thing could happen if DeSantis runs against Trump in the 2024 GOP primary. Republicans may love Trump now but, given a choice, may find themselves attracted to all the MAGA without all the drama and baggage.

Is Your Child an “It?”
Researchers cautiously ‘optimistic’ about new drug that may slow the progression of Alzheimer’s
Doocy Trips Jean-Pierre With Simple Crime Question: Are Americans Safe?
Whoopi, Cuomo Suggest White People Don’t ‘Pay Attention’ to Black People
Nets Refuse to Mention What Biden Was Up to as Hurricane Ian Wreaked Havoc on FL