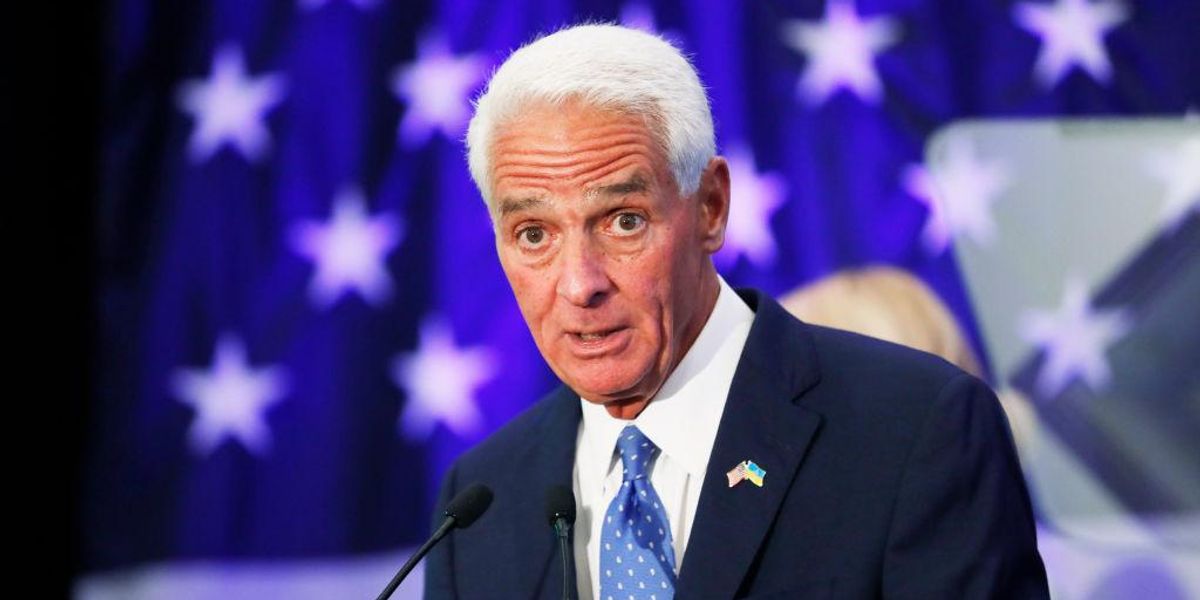 Democratic Rep. Charlie Crist, who won Florida’s Democratic gubernatorial primary on Tuesday, declared on Wednesday that he does not want the votes of Floridians who support Republican Gov. Ron DeSantis and suggested that DeSantis backers harbor “hate” within their hearts.

“Those who support the governor should stay with him and vote for him,” Crist said, adding emphatically, “I don’t want your vote. If you have that hate in your heart, keep it there. I want the vote of the people of Florida who care about our state,” Crist said on Wednesday.

During an interview on CNN, Crist said that President Joe Biden has “been exceptional.”

Crist previously served as governor of the Sunshine State from early 2007 until early 2011 after being elected to that post as a Republican. In 2010, he lost a U.S. Senate bid while running as an independent. In 2014, he lost a Florida gubernatorial contest while running as a Democrat. He has served a Democratic lawmaker in the U.S. House of Representatives since 2017.

Crist could struggle to defeat DeSantis during the upcoming general election. The governor, who took office in early 2019, has become an enormously popular figure on the political right. DeSantis has previously served in the U.S. House of Representatives.

A University of North Florida Public Opinion Research Lab poll conducted earlier this month found that among registered Florida voters who indicated that they will vote in the midterm election, 50% would back DeSantis while 42% would back Crist if the two men were competing in the general election contest.

The Inevitable End of Diversity in Hollywood…for Villains, Anyway
‘Rolling with laughter at the responses to this tweet’: Dean Cain calls it ‘utterly ridiculous’ that he had to wear a mask while flying to and from Canada
Chris Wallace’s new Sunday show bombs in debut
Leftist Michael Moore predicts ‘landslide’ against ‘Republican traitors’ in November; ‘Real Time’ host Bill Maher replies, ‘We are for all Americans on this show’
MSNBC Admiral’s Weird Metaphor: Putin’s Draftees for Ukraine Are Like NYC Bartenders