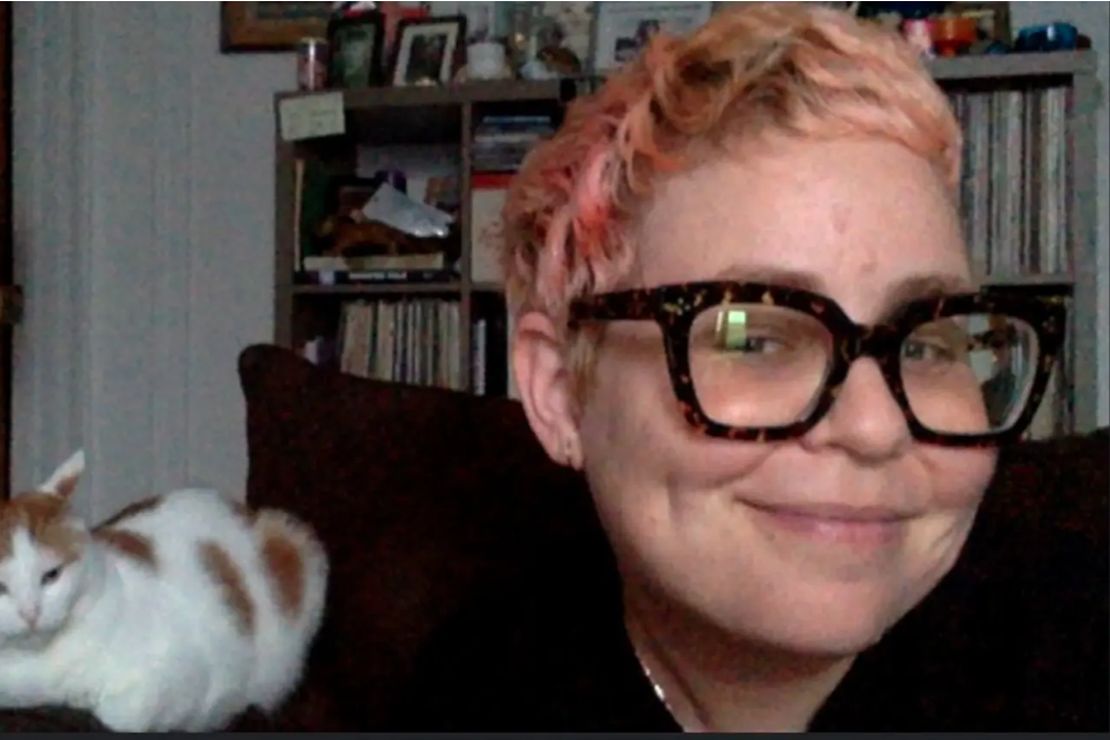 Those straight white male librarians won’t know what hit them when one exclusive private school librarian finally gets her way.

Ingrid Conley-Abrams has been making waves with pissed-off parents at Manhattan’s pricey Columbia Grammar & Preparatory School. Her most recent trouble came earlier this month, when a parent discovered a 2015 tweet in which Conley-Abrams wrote, “Burn White Straight Male Librarianship to the Ground.”

Twitter briefly suspended Conley-Abrams for her call to violence, even if it was rather obscure. Since then, she has bravely deleted her Twitter account. The handle was “GenderPudding.”

A person’s sex, you see, is a soft and almost indefinable mass.

During the brief time between GenderPudding being reinstated and deleted, Conley-Abrams tweeted, “White cishet male librarians, I’m sorry. You did it. You made the bad one go away. But I’m back + love white guy librarians more than ever! Thanks for everything you do!”

Also for our VIPs: Who Tried to Murder ‘Putin’s Brain,’ Alexandr Dugin?

The New York Post reported that the old tweet was hardly the only worry parents had with the pink-haired, gender-fluid wokestress:

One mother at the $59,000-per-year school said she has been concerned about the outspoken philosophies of Conley-Abrams — who also frequently comes into classrooms to teach, according to three mothers who spoke to The Post — for several years.

“How can I feel comfortable sending my white 9-year-old son into her library or classroom?” the mother said. “What if my son wants to be a librarian? How safe and nurtured are my kids going to be by this person?

Columbia parents also got wind of a 2020 school panel for kids as young as Pre-K that Conley-Abrams was involved in titled “Talking to Children about Anatomy, Gender, Sexuality, Puberty and Pregnancy.”

Because that’s the kind of stuff 5-7 year-olds need to be worrying about.

That same year, the self-described radical librarian complained on Twitter, “Sadly, the students at my school only go on to Ivy League colleges so I’ve truly failed them with my queer, free-wheeling godless radical hotbed of a library.”

If there’s one thing parents paying $59K a year for third grade want to be told, it’s that their kids shouldn’t attend an Ivy League college.

The Daily Mail had more:

Conley-Abrams’ social media is rife with woke gender philosophies – including the phrase ‘Gender is fake’ in her Twitter bio, and tweets about being non-binary saying ‘I am not a woman.’

Parents also said their children have talked about how the librarian was ‘forever pushing’ books about gender identity, including Ibraham Kendi’s Stamped (For Kids): Racism, Anti-Racism and You.

Conley-Abrams is apparently still a librarian and still sometimes teaching at the school, so it’s my presumption that the administration has found no serious fault with her campus activism.

There’s potentially good news buried under all of this woke madness if you know how to look for it. When you’re reduced to hating on straight white male librarianship, you might finally be probably running low on things to hate.