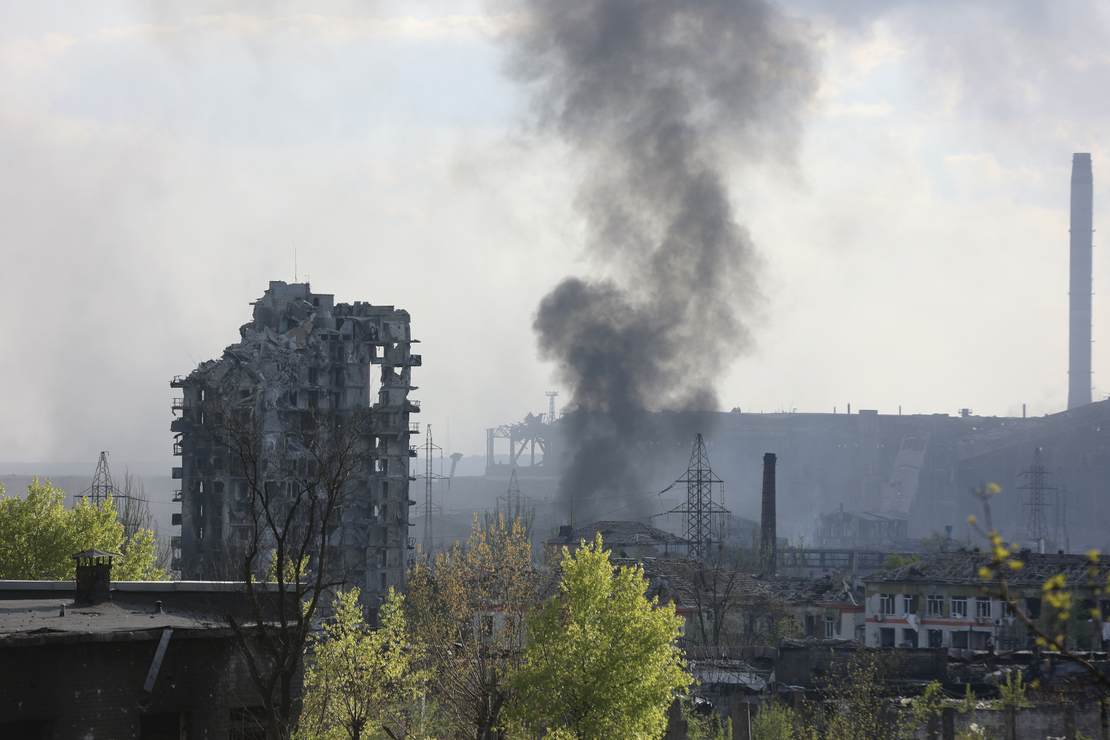 It’s been six months since Russia invaded Ukraine because… well, just because. Ukraine never launched an attack on Russia. But it did annoy Russian President Vladimir Putin, which is as good a reason as any to invade.

Regardless of the reason, Russia is in Ukraine, and its vaunted military has been unable to break through with a decisive victory. After failing to take the capital of Kyiv, the Russian army has been slugging it out in the east in what’s been described as a vicious war of attrition. Vladimir Putin has ordered an increase in troop strength, although he stopped short of general mobilization.

His propagandists have been busy creating myths and legends that portray the conflict in existential terms: a battle for the soul of Russia. They can’t report on actual battles because most of the small-scale actions have gone against Russia. So the propagandists have begun to speak in apocalyptic terms about the war.

Listen to the messaging now — and you can sometimes hear an entire Russian TV broadcast that never mentions a specific front line or battle in Ukraine itself. What you hear now — incessantly — is talk of a struggle of civilizations. This is a fight for the soul of Russia, for its rightful place on the planet. The enemies are not in Kyiv, or in the Donbas; they are in Brussels and Berlin, London and Washington, D.C.

It’s a new way to justify Putin’s aggression in Ukraine, and to explain to the Russian people why the initial blitzkrieg failed and the war has dragged on. The hope — from the Kremlin’s perspective — is that the new messaging may make it easier for Russians to support the “operation” — despite great sacrifices on the battlefield and the home front.

Putin’s original case for war — or for the “special military operation,” as he called it — rested on a few basic arguments: Russia had to “denazify” Ukraine, overthrow the “criminals” ruling the country, and rescue the Russian-speaking citizens of the Donbas in eastern Ukraine, who had been allegedly subjected to “genocide.”

This is straight out of Hitler’s playbook first in the Sudetenland and then Poland. The German minority was being “persecuted.” Poland and Czechoslovakia were committing “genocide” against the German minority. It worked very well in Germany in 1938 and 1939. And it worked in Russia six months ago.

But something new is called for now — what The Grid calls “Russia’s explanation for war — 2.0:”

Tigran Keosyan, a former film director, who now has a show on Radio Sputnik, gave a preview of this argument in mid-April.

“We are not fighting with some rabble, but with very motivated Nazis, who were trained for eight years by all of Europe and all of America,” said Keosayan, who also happens to be the husband of the above-mentioned RT propagandist Margarita Simonyan. “So, the feat of our soldiers, officers, our people only increases in the eyes of descendants and from the point of view of history!”

The fact that the “special military operation” has dragged on so long is easily explained: It is not Ukrainians who are fighting, it is the West, primarily the U.S. and Great Britain. Not only have they trained the Ukrainians, according to the new Russian line; the NATO soldiers and instructors are now fighting with them.

This is no longer a war to pacify Ukrainian Nazis or overthrow “criminals” in Kyiv. This is a fight to the death — Russian civilization against the West.

But there can be no “ifs.” Russia will win, the propagandists say, again and again, and this is where the most disturbing elements of the new message take shape. Increasingly on Russian media, one hears Kremlin-backed speakers saying, If it takes pushing the nuclear button, then so be it. Putin’s veiled threats to use nuclear weapons in the early days of the war have found new life. Here was Margarita Simonyan, once again appearing on Vladimir Solovyov’s program:

“Either we win in Ukraine, or World War III begins. Personally, I consider the path of the Third World War to be the most realistic, because knowing us, knowing our leader, Vladimir Vladimirovich Putin, the most incredible thing is that, in the end, it will all end in a nuclear strike. This seems to me more likely than the other possibility [Ukraine’s defeat].”

Margarita Simonyan, a prominent, pro-Putin TV personality, appeared on Russian TV two weeks ago and calmly laid out a scenario for the end of the war that should chill the bones of any rational person.

“Either we win in Ukraine, or World War III begins. Personally, I consider the path of the Third World War to be the most realistic, because knowing us, knowing our leader, Vladimir Vladimirovich Putin, the most incredible thing is that, in the end, it will all end in a nuclear strike. This seems to me more likely than the other possibility [Ukraine’s defeat].”

As I’ve pointed out many times since this war began, the more the Russians seriously talk about nuclear war, the more it appears in discussion as a rational option, and the more likely it becomes. The decision on the use of nuclear weapons begins with the notion that it’s possible. Once that taboo is gone, it becomes a question of military necessity.

For Putin, it’s survival. He is now so deep in Ukraine that anything short of total victory will mean the end of his rule — and quite probably his life. And with the bumbler in the White House, a perfect storm of evil, incompetence, and irrationality could end us all.

‘Kansas doesn’t have a brand’: People sound off after Democratic NYC Mayor Eric Adams says that ‘New York has a brand,’ but Kansas does not
Liz Cheney Left the GOP a Long Time Ago
Unhinged Journalist Attacks Governor DeSantis As “Pro-Hurricane”, Then MAGA Responds
Amy Schumer Pitches Colorado As ‘Premier Destination’ … For What? ABORTIONS
FBI Changes the Number of Documents They Stole from President Trump’s Estate – Mar-a-Lago