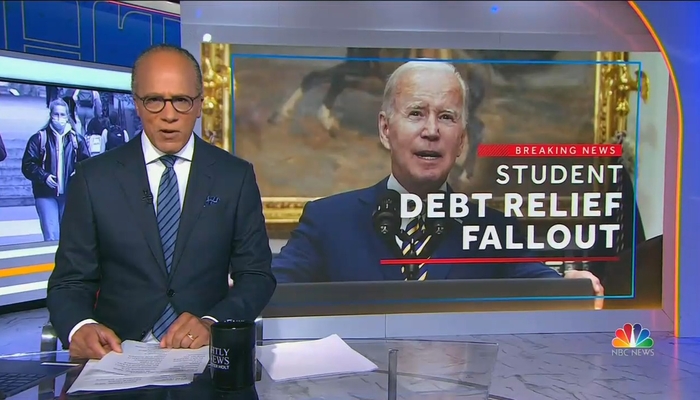 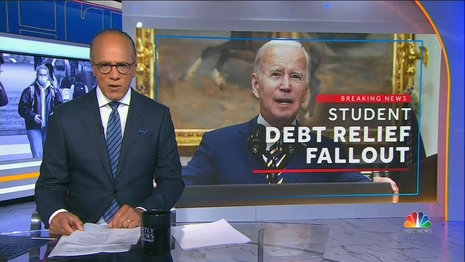 On this episode of the NewsBusters Podcast, Managing Editor Curtis Houck and I examine the media’s scattered coverage of President Biden’s constitutionally dubious student loan bailouts as different factions voice outrage. We also speak with NewsBusters research director Scott Whitlock about the lack of coverage of the anniversary of the botch withdrawal from Afghanistan, which killed 13 service members and left hundreds of Americans behind.

While ABC calls the bailout “life-changing help” and suggests “some say this doesn’t go far enough,” NBC is noting that average Americans are feeling “resentment” over the move and report that Biden may have exceeded his constitutional authority.

Whitlock tells us how the broadcast networks have so far refused to acknowledge the anniversary of Biden’s disastrous and deadly botched withdrawal from Afghanistan. This means they’re also not remembering the 13 service members killed in a suicide blast. He also previews a NewsBusters study on the issue set to be released early next week.

Editor’s Pick: Free Beacon on the Blackout of Dem Facing Sexual Assault Claim
Musk Texts: ‘Drastic’ Action Must Be Taken Against Bot Accounts
Bill Barr Confronted Over Refusal To Help Jan 6th Prisoners
Man allegedly sent his mom to pay for 3 rape victims to be murdered before they could testify, but hitman was an undercover cop
DEACE: EPIC montage packed with headlines that are almost TOO cringe to watch