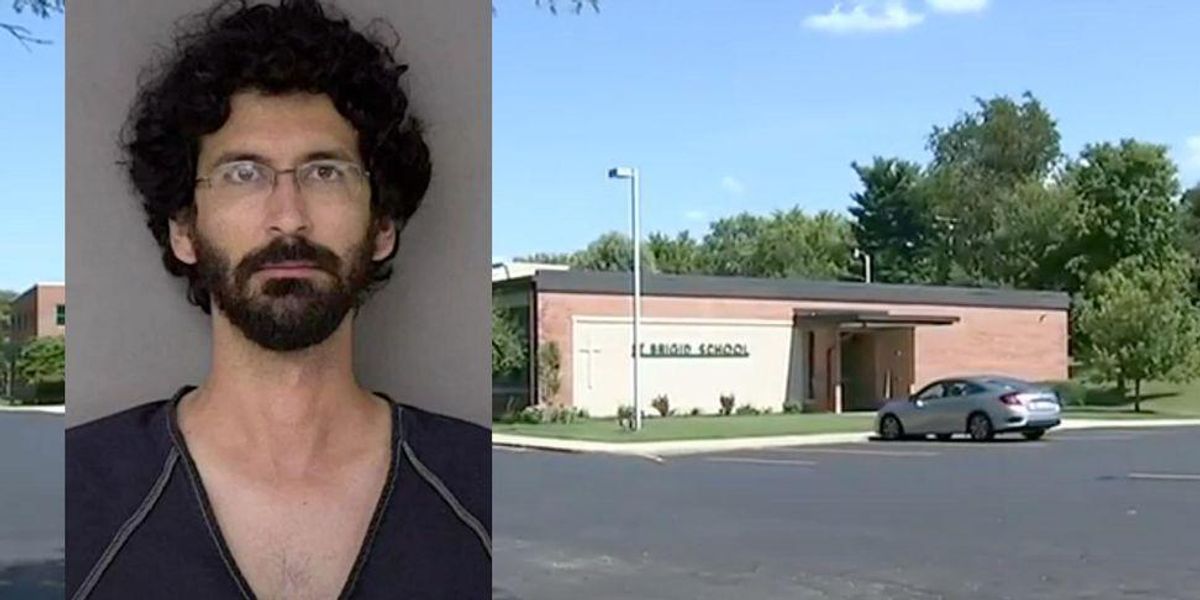 An elementary school principal is being called a hero after he helped apprehend a man who impersonated a parent at the school’s open house in a plan to drug and kidnap a 5-year-old child.

“I need police. I have a trespasser. I have a gentleman here that has trespassed into our school open house, asking questions and claiming to be the parent of a daughter. And he is not,” said Adkins to the 911 dispatcher.

“So I need a police officer to investigate and inquire,” he added. “He’s posing a threat.”

Adkins told the dispatcher that the man was asking about a girl that was supposedly his daughter but didn’t know her correct name.

“And now the parent who he was questioning about that daughter is getting irate, and I don’t blame him,” Atkins said on the call.

The dispatcher told Atkins to separate the parent and the man in order to keep the incident peaceful before police arrived.

Police identified the suspect as Reid Duran, 35, of Fairborn. When they took him to the police station, he allegedly tried to stab an officer with a pen in order to escape. The officer was able to subdue him.

Police said Duran confessed that he had planned to drug a 5-year-old girl with a tranquilizer-laced Starburst and kidnap her in order to sexually molest her. Investigators said that Duran told them he was involved in another similar incident at another school.

“The principal was very quick, as my understanding, in recognizing that there was an issue and addressing it. So I absolutely think that he could have prevented very bad from happening,” Etchison told WHIO.

Duran is facing charges of attempted kidnapping, felony escape, and felonious assault related to his alleged attempt to stab an officer. He was held without bond.

Policymakers Can Only Watch as Russia Threatens an America With a Doddering Old Fool at the Helm
Biden Administration Keeps Negotiating With Iran Even as Protesters Are Gunned Down in the Street
Wife of FBI-arrested pro-life activist tells Tucker Carlson her 7 children have been ‘scared,’ ‘crying’ since 25 agents with guns drawn showed up at their home
Pain IS the point: How to survive Biden’s ‘HELL’ economy
Man allegedly caught on video urinating on grave of ex-wife who divorced him over 40 years ago. ‘I could hear the urine hitting the ground,’ her son says.