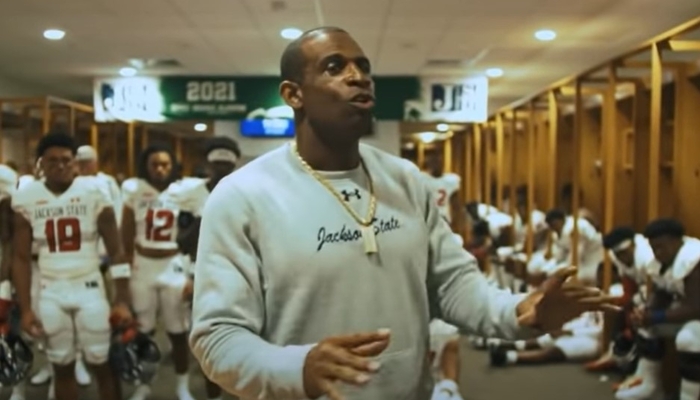 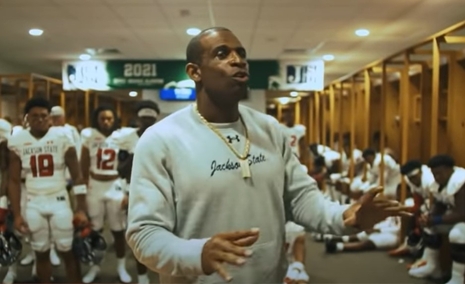 Whaddaya know, a football coach is actually trying to build a culture of respect by demanding his players show some discipline. Of course, it’s not an NFL coach; it’s Jackson State University head coach Deion Sanders demanding the high standards.

Just before fall semester classes began at Jackson State, Coach Sanders informed his men what flies and what doesn’t.

School, we got school today, right? So I want you to listen to me clearly and succinctly. No slides (sandals). No slides. No armpits exposed. No wife beaters [tank-top shirts]. Sit in the front of the classroom and be the perfect gentleman because when it comes down to it, and you need help, that professor is going to recall your character and who you’ve been consistently in that class.

No slides, no sleeveless shirts, no armpits, none of that.

What is expected by Sanders?:

Imagine if this kind of discipline was required by NFL coaches. Imagine if it was a white coach demanding the high standards and character development. That would bring about all kinds of charges: racism, dog whistling, bigotry and … you name it.

Aka “Primetime,” Coach Sanders is black man working at a historically black public university. He can fly under the radar of the woke, PC mob. He is also a Christian.

The NFL can certainly use this kind of instruction, this type of character building. Maybe that would help reduce the number of wife beatings, drunk driving and other crimes pro players have been arrested for.

More colleges and universities could also benefit from coaches setting similar standards for behavior and appearance.

Just this week, Buffalo Bills rookie punter Matt Araiza and two of his former San Diego State football teammates were accused of gang raping a 17-year-old girl last year. This week, she filed a lawsuit against them, in San Diego County Superior Court. ESPN reported Araiza, redshirt freshman Zavier Leonard and Nowlin Ewaliko (no longer on the Aztecs team) have been accused of rape, gender violence and false imprisonment.

Football – both pro and college – need to follow Sanders’ lead and clean up their acts.