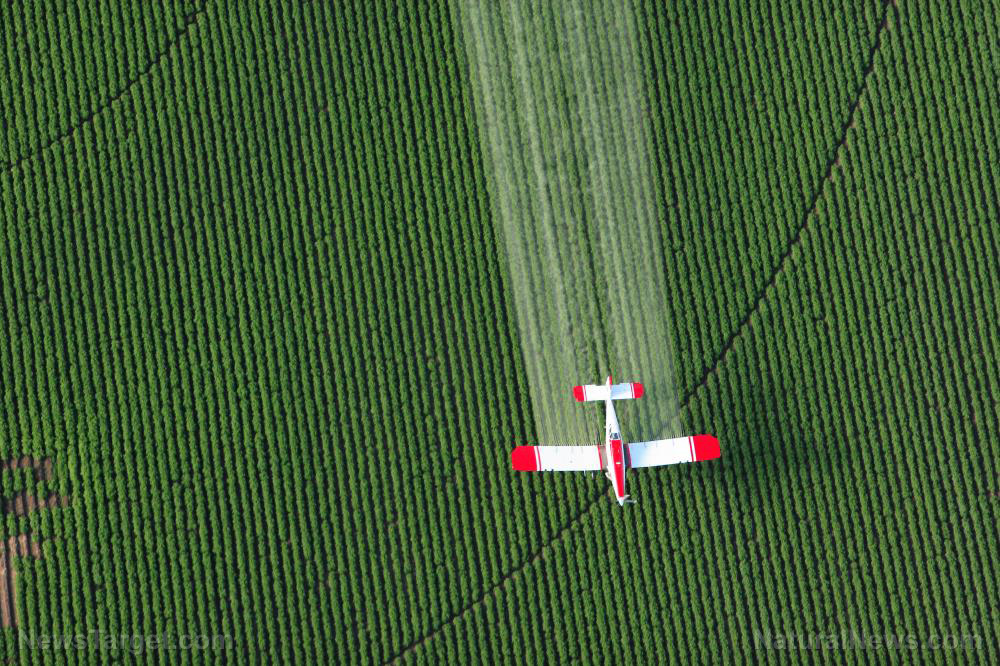 (Natural News)
The George Washington University (GWU) just released the findings of a new study showing that about 33 percent of the United States population is contaminated with 2,4-D (2,4-dichlorophenoxyacetic acid), one of the most widely used weed killers in modern American agriculture.

An analysis of 14,395 participants that began back in 2001 revealed that nearly one in three people now has detectable levels of 2,4-D in his or her urine – up from 17 percent at the beginning of the study.

Today, nearly 40 percent of people, we are told, have 2,4-D hiding in their systems, the long-term health effects of which are not fully understood. Notably, children aged 6-11 have more than twice the risk of exposure to the chemical, as do women of childbearing age.

2,4-D was first developed by The Dow Chemical Company (now known just as Dow) back in the 1940s to treat lawns, gardens and commercial agriculture. (Related: In more recent years, 2,4-D was presented by Monsanto and Dow as the “solution” to superweeds.)

Since the 1940s, a whole lot more has been revealed about the toxicity of 2,4-D, which is linked to birth defects, immunosuppression, certain types of cancer, and various other health conditions.

2,4-D was also a key ingredient in the infamous Agent Orange defoliant that was sprayed during the Vietnam War, killing many and leaving many others with lifelong chronic diseases.

EPA says 2,4-D is perfectly “safe and effective” – just like vaccines and every other chemical drug promoted by Big Industry

The world has come a long way since the days of Agent Orange – but not in the right way.

The Environmental Protection Agency (EPA), which governs chemical use in the U.S. at the federal level, has declared that 2,4-D is perfectly safe and that the dioxins that often accompany it in weed killer formulas are “no longer found at detectable levels.”

The claim, in other words, is that in current formulations, 2,4-D is “safe and effective,” and that the general public should not worry about exposure to it.

Meanwhile, independent researchers continue to warn that 2,4-D exposure is linked to non-Hodgkin’s lymphoma and soft tissue sarcoma. The International Agency for Research on Cancer also declared back in 2015 that 2,4-D is a “possible human carcinogen” based on evidence showing that it damages human cells.

There is also laboratory evidence from animal tests showing that 2,4-D does, in fact, cause cancer in mammals.

“We’ve all heard how toxic pesticides are,” says horticulturist and gardening expert Zach Morgan. “After all, they’re meant to kill living things.”

While pesticides and herbicides can help to protect plants from being destroyed by insects and other pests, they leave behind noxious residues both on the plants themselves and in the soil and environment at large.

“Some people are more vulnerable than others to pesticide impacts,” Morgan added in a statement to The Epoch Times, which investigated and reported on the new GWU study.

Since many pesticide and herbicide chemicals are persistent, they tend to accumulate in varying and often unknown amounts. Someone who lives next to a farm that uses 2,4-D where the wind often blows in their direction, for instance, is more at risk than someone who lives far away from chemical agriculture.

“Many commercial herbicides are toxic, so we may see an increase in chronic diseases as a result of their use,” says registered dietitian and medical reviewer at Illuminate Health D.J. Mazzoni.

“However, it’s very challenging to determine causation in regard to population-level environmental issues like pesticide use.”

The latest news about highly toxic crop chemicals like 2,4-D can be found at Chemicals.news.