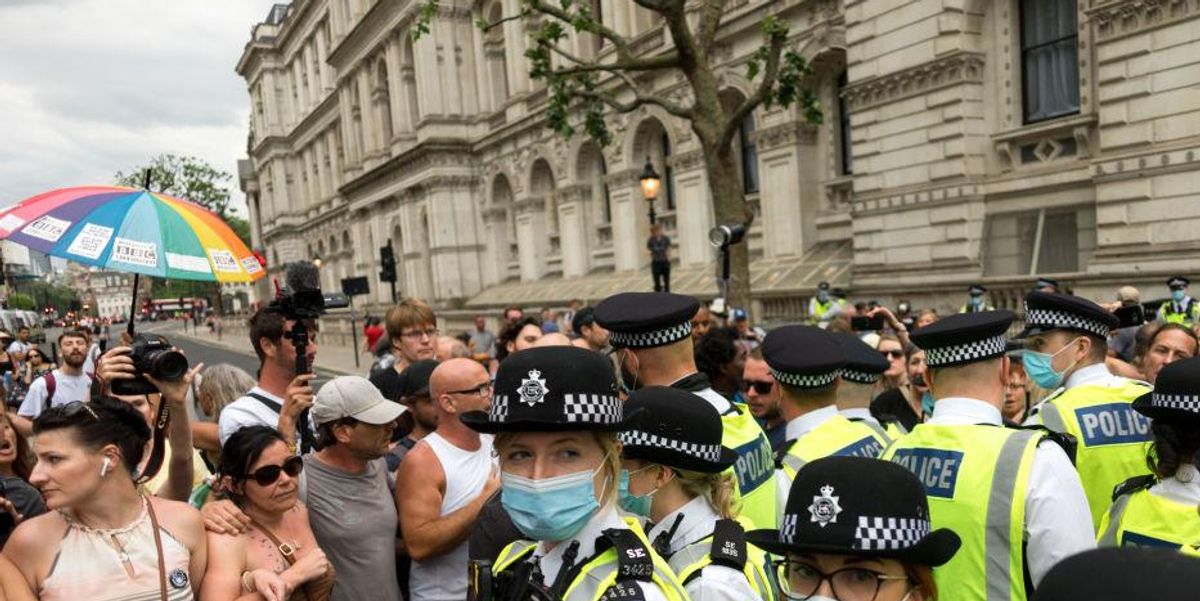 Five U.K. protesters who “intimidated” Nick Watt, a BBC journalist, were sentenced on Tuesday. The judge stated that the anti-lockdown activists used “abusive words and threatening behaviour,” reported the Independent.

On June 14, 2021, protesters gathered in Westminster to demonstrate against the government’s lockdown response to COVID-19. At the time, England officials had just announced that they would extend the existing lockdown for another four weeks.

A video from the demonstration showed BBC journalist Nick Watt being followed around Downing Street by protesters. The activists in the footage “intimidated” Watt by calling him a “traitor” and banging on a metal baking sheet with a spoon.

All denied using threatening, abusive, or insulting words or behavior with intent to cause harassment, alarm, or distress. However, the court found each of them guilty of verbally abusing Watt.

An indefinite no-contact restraining order for Watt was placed against all of the demonstrators. In addition, they were each ordered to pay a fine of £395.

An arrest warrant was issued for Aitken, but he did not attend the hearing. Another protester, Joseph Olswang, 40, pleaded guilty at an earlier trial and was sentenced to 20 weeks in jail.

“This was an extremely unpleasant incident in which each of you used abusive words and threatening behaviour towards Mr. Watt,” stated District Judge Louisa Cieciora. “This was committed against somebody who was providing a service to the public, even if you did not agree that service was being performed to the standard it should have been.”

“At the time of the incident I was shocked and alarmed at what was happening to me,” Watt said in his victim impact statement. “I felt I was in immense danger.”

In a YouTube interview with Resistance GB, activist Martin Hockridge said, “I very carefully used the word ‘traitor’ to describe the BBC because they’ve committed treason. Their role – which Nick Watt stated many times – was to educate, educate and inform in an impartial way the British public.”

Alexander Peat told Resistance GB that the protesters were found guilty before they ever entered the court. He said, “It was trial by mainstream media even before we got into court.” Peat referred to the court system as a sham and stated, “It was clear to me we were never going to stand a fair trial.”