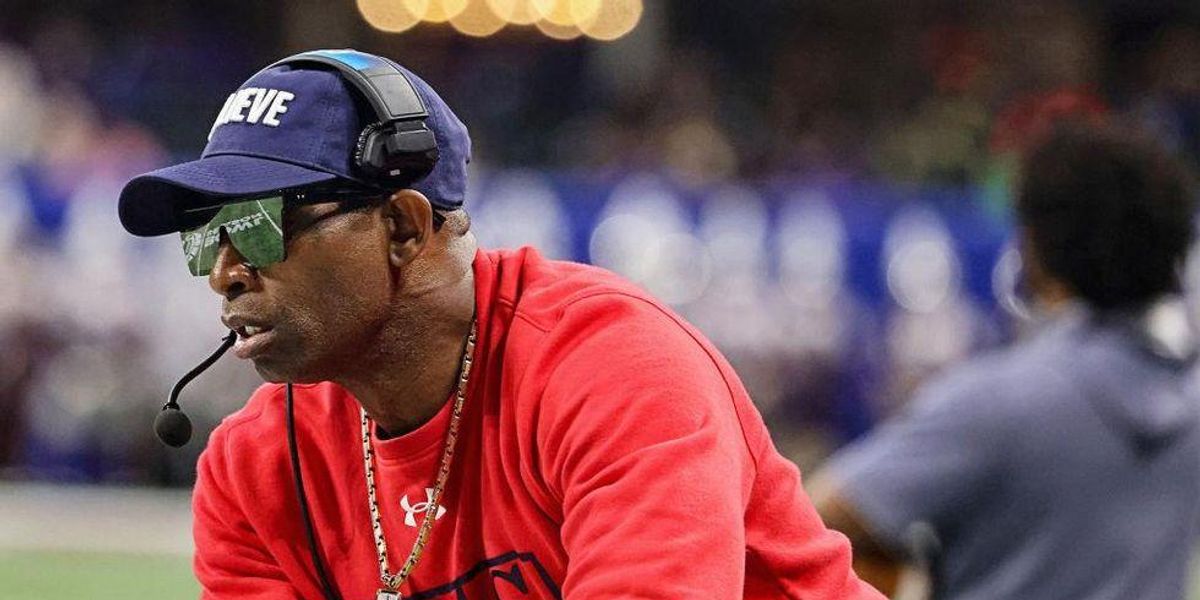 Earlier this week, Sanders, 55, the head coach of the Jackson State University Tigers football team, stood before his players and gave them explicit instructions about how they should dress and prepare for class. Sanders told them that they must:

u201cCoach Deion Sanders Message to his players as Classes Startn* No Slides, No armpits exposedn* No wife beaters n* Sit in front of the Classroomn* Be the Perfect Gentlemannhttps://t.co/6ZiQhpUiCvu201d

Players may not wear “slider” flip-flop shoes, wife beater tank tops, or other shirts that expose their armpits; neglect their personal hygiene; or conduct themselves in any way unbefitting a member of the JSU football team.

“Now, make sure you shower before you go to class,” Sanders warned them. “I don’t want to get a report that you was in some bull-junk in our apparel, representing us. ‘Kids in the back of class making noise, he’s free-styling to the whole class while I was trying to teach it’ with a Jackson State football shirt on. Not going to happen.”

Proper student-athlete behavior is necessary, Sanders insisted because “if you need help from that professor,” Sanders told his players, “they gonna recall your character.”

Last year under Sanders’ leadership, the Tigers certainly demonstrated consistency on the field. They finished 11-1 and a perfect 8-0 in the Southwestern Athletic Conference. In the COVID 2020 season, Sanders’ first year as head coach, the team went 4-3.

Since his arrival at JSU, Sanders has also made waves in the college football recruiting world. He famously convinced a Georgia commit to flip to JSU back in 2020, and then in December, he officially brought in the highest-ranked college football prospect in the nation, Travis Hunter, who had previously committed to Florida State, where Sanders played college ball in the mid 1980s.

All twelve members of the SWAC are either public or private historically black universities. Jackson State is scheduled to kick off the 2022 season on September 4 against Florida A&M.

New York lawyer turned terrorist trying to avoid prison after firebombing NYPD vehicle
Senior Biden advisor says ‘MAGA Republican agenda’ is to ‘essentially destroy the United States of America’
Monarchs of the American Big City
Are More Americans Waking Up to the Horrors of ‘Gender-Affirming Care’?
House Democrats block Republican effort to crack down on fentanyl traffickers and save lives