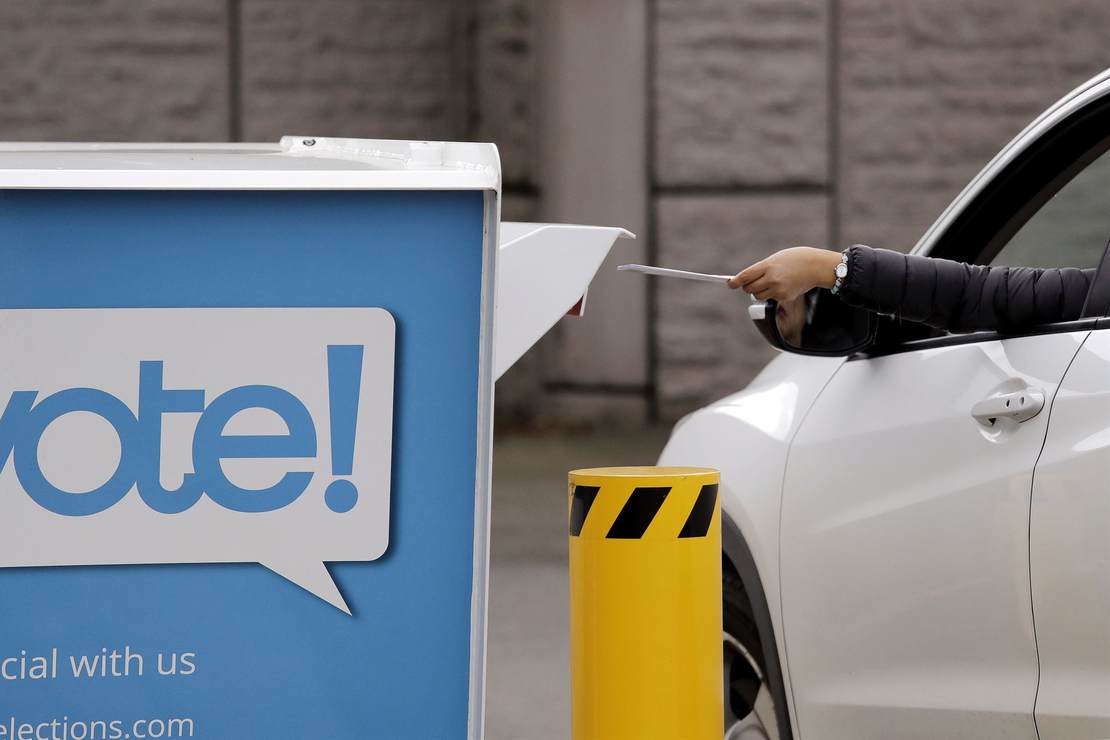 At first glance, the idea of “ranked choice” voting seems like a pretty good idea. Voters rank candidates in order of preference rather than picking just one. If no candidate receives a majority of first-place votes, the remaining ballots “are reallocated from the lowest-performing finishers to second or third choices,” according to Politico. The process continues until one candidate has received 50% of the vote.

What this means in the real world is a delayed result as the process of tabulating votes can continue for three or even four rounds. Alaska appears ready to announce the winner of their special election for their one House seat — two weeks after the votes were cast. I’m tempted to use the old quote misattributed to Stalin about the voters not counting in an election, just those who count the votes.

I think voting should be simple, fair, and relatively easy. And I think that vote counting needs to be as simple as possible in order to avoid problems. Ranked choice voting is a problem waiting to happen.

But the argument that ranked choice is more “inclusive” and forces candidates to appeal to a broader slice of the electorate in order to appear on more second and third-choice ballots doesn’t make any sense. In fact, as Sean-Michael Pigeon of NRO points out, the opposite is likely to happen.

While majoritarian systems push candidates to the middle, the reverse happens in proportional elections. Votes in party primaries are allotted proportionally, so single-issue and fringe candidates can stay in the race much longer. For example, John Kasich siphoned votes from more popular candidates in the 2016 GOP primary even though he had no chance of winning. Many so-called establishment candidates were attacked for failing to get behind a single non-Trump option because the primary system allows for many extra voices.

Majoritarian elections create the winning candidates who are broadly representative of the winning coalition but don’t satisfy any single bloc perfectly.

By the time you’re getting down to a voter’s third or fourth choice, it’s much more likely that single-issue extremists will be competitive. I fail to see how that makes an election more “inclusive” or that ranked-choice voting would elect more “moderate” candidates.

Surprisingly, according to Politico, the biggest opponents of ranked-choice voting are Democrats. Nevada will have a ranked choice amendment to its Constitution on the ballot and the most powerful Democrats in the state oppose it.

Democratic Nevada Gov. Steve Sisolak and Sen. Catherine Cortez Masto, both of whom are up for reelection in November, oppose the initiative, and the Democratic state Assembly and state Senate caucuses have donated against the initiative. So has Majority Forward, the political nonprofit aligned with Senate Majority Leader Chuck Schumer.

“We should be finding ways to continue our progress, not pushing a rushed constitutional change that would make our system more confusing, error-prone and exclusionary,” Sisolak said in a statement. Sen. Jacky Rosen also opposes the “risky and experimental” proposal.

Alaska’s measure faced similar criticisms before it was passed in 2020.

There’s a variation of ranked-choice voting known as “Final-Five” voting. It’s an intriguing option in that it calls for “instant runoffs” and is generally non-partisan. Party primaries would be eliminated and the top five finishers in a primary would move on to the general election regardless of party.

After the ballots are counted…

This system has several advantages over ranked-choice voting in that results are known almost immediately and it’s less confusing. It also theoretically opens elections to independents and smaller party candidates, although the two major parties will inevitably find a way to nip that in the bud.

ANALYSIS: Europe to become “ECONOMIC WASTELAND” as industry dies, banks fail and food production plunges
Asked whether Biden should seek reelection, Pelosi declines to answer, says she will not get into the politics of the issue
Grand jury returns 17-count indictment for repeat offender who allegedly went on shooting spree of homeless men in two cities
New tool helping those with prosthetic arms take up surfing
Stacey Abrams claims fetal heartbeats are ‘medically false’ and ‘biologically a lie’ at student forum in Atlanta