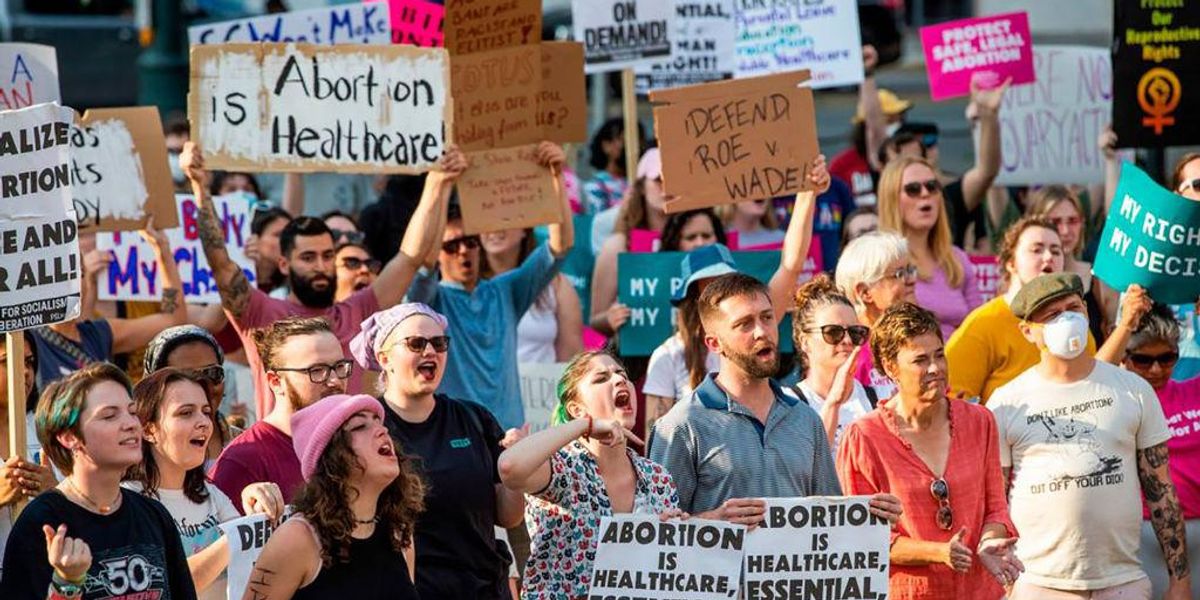 The South Carolina state House on Tuesday passed a bill banning nearly all abortions after Republicans added exceptions for victims of rape and incest.

Pro-life lawmakers fought for a version of the bill that banned abortion except when the mother’s life is endangered, but 19 moderate Republicans joined with Democrats to prevent that bill from passing. After hours of negotiations, a compromise was reached within the Republican majority to pass a bill that allows a victim impregnated by a rapist to seek an abortion within 12 weeks of the crime.

State House Majority Leader David Hiott (R) told the Post and Courier there was no specific reason for the three-month window, that it was just the only time frame the conference could agree to.

“We knew we were all over the place,” Hiott said. “It’s an emotional, personal issue.”

In the end, a bill with rape, incest, and medical emergency exemptions passed 67-38 and will now head to the state Senate. It’s possible the bill could be amended further before the Republican-controlled legislature sends it to Republican Gov. Henry McMaster’s desk.

As currently written, the bill requires abortionists to tell their pregnant patients that they will report the rape to authorities. They must give county sheriff’s deputies the woman’s name and contact information within 24 hours of the abortion procedure. Abortions performed to save the mother’s life in case of medical emergencies are also permitted.

Although pro-life lawmakers had said they would not support a bill that had exceptions for rape and incest, ultimately they voted for the bill that passed.

“But here’s the thing — at the end of the day we passed a good pro-life bill in South Carolina,” state Rep. John McCravy (R) said, according to the Associated Press.

Democrats slammed Republicans after the bill passed, decrying anti-abortion measures as an attack on women’s rights.

“Tonight, Governor Henry McMaster and his extremist allies in the legislature passed a dangerous and unpopular abortion ban that rips away women’s most fundamental rights and freedoms. Under this bill, the government calls the shots for women,” said former U.S. Rep. Joe Cunningham (D-S.C.), who is running for governor.

“South Carolina women deserve full rights – not partial rights dictated by men in the legislature. I will do everything in my power to stop this bill from becoming law and I pledge to veto any bill that restricts a woman’s right to make her own decisions,” he tweeted.

u201cSouth Carolina women deserve full rights – not partial rights dictated by men in the legislature. I will do everything in my power to stop this bill from becoming law and I pledge to veto any bill that restricts a woman’s right to make heru00a0own decisions. 2/2u201d

“I am very encouraged about the bold action that was taken. This was a historic moment for South Carolina,” said SCCL president Lisa Van Riper.

While some pro-life activists may be dismayed that rape and incest exemptions were added to the bill, Van Riper emphasized that this is the first legislation that sets a limit on when a rape victim may obtain an abortion and the first to establish reporting requirements for abortions in rape and incest cases.

“We have to have the perspective of how far we have come in South Carolina since 1973,” she told TheBlaze in an interview. “From nothing, basically nothing, like a tsunami hit your beach and knocked everything over, we have come to a point with a bill that preserves both the life of the mother and the unborn child except in the rarest of circumstances.”

South Carolina has a fetal heartbeat law that went into effect after the U.S. Supreme Court overturned Roe v. Wade and banned abortions after six-weeks. But that law was temporarily blocked by the state supreme court after Planned Parenthood South Atlantic sued, arguing it violates privacy protections in the state constitution.

The state’s 20-week abortion ban, which became law in 2016, in remains in effect while the legal challenge to the fetal heartbeat law is unresolved.

The South Carolina state Senate will reconvene on Sept. 6 to take up the new bill.

VanRiper said she has “confidence” that Senate Republicans will “deliver and respond to this historic moment from the House and do the right thing.”

Quadruple-jabbed Pfizer CEO tests positive for COVID-19 again
‘I think that’s the coolest thing’: John Cena holds record for making dreams come true through Make-A-Wish Foundation
WHOOSH! Weather Reporters Nearly Get Blown Away by Hurricane Ian During Live Broadcast (VIDEO)
Amy Schumer Pitches Colorado As ‘Premier Destination’ … For What? ABORTIONS
Kyrie Irving: I Had to Turn Down $100 Million Extension Because I Was Unvaccinated