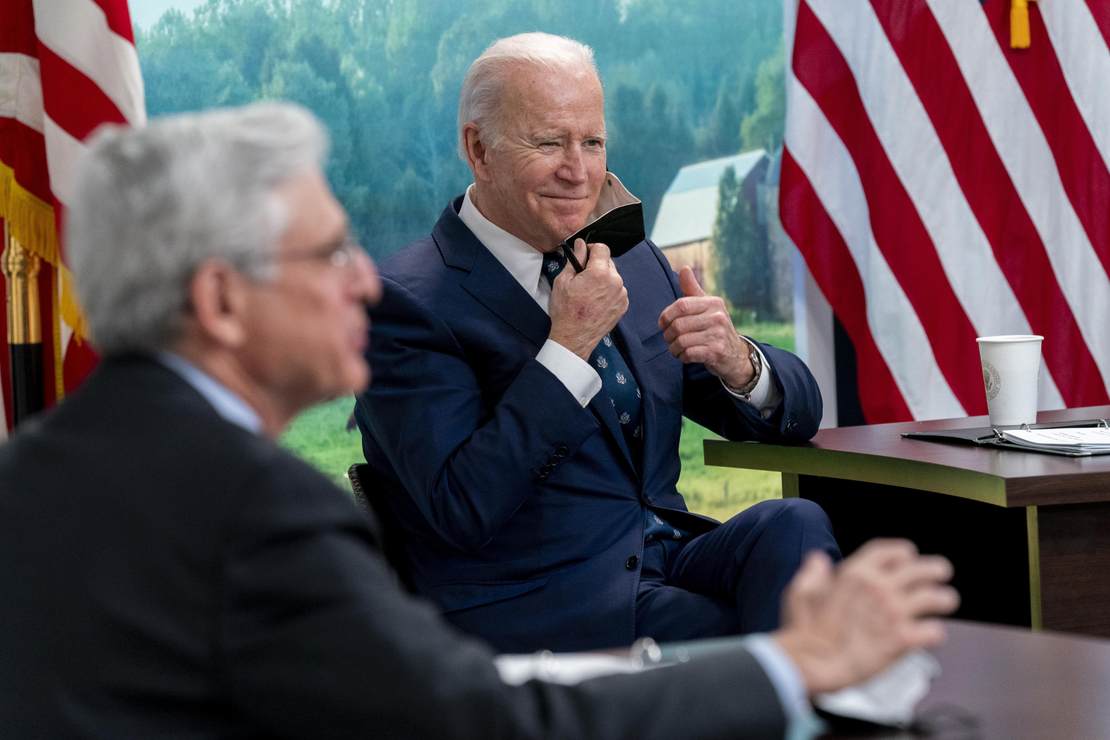 Should Republicans take back the House in November, impeaching Joe Biden will be a top priority in 2023. There have already been articles of impeachment filed against him, but even with the Democrats’ slim majority in the lower chamber, those resolutions never had a chance. But since Republicans are widely expected to win the House majority in the midterms, according to a report from The Hill, many conservatives in the caucus will want to get rid of Biden, who has repeatedly proven he isn’t fit for office.

“I have consistently said President Biden should be impeached for intentionally opening our border and making Americans less safe,” Rep. Bob Good (R-Va.) told The Hill. “Congress has a duty to hold the President accountable for this and any other failures of his Constitutional responsibilities, so a new Republican majority must be prepared to aggressively conduct oversight on day one.”

Joe Biden faces a genuine threat of being impeached for the border crisis, how he handled the COVID-19 pandemic, and the botched withdrawal from Afghanistan, among other things.

Rep. Kevin McCarthy (R-Calif.), widely expected to be elected Speaker of the House if Republicans win it back, hasn’t fully embraced impeachment. Still, several other top Republicans have expressed openness to it.

“I think that’s definitely a discussion we have to have,” Rep. Jim Jordan of Ohio told the Washington Times earlier this year. “The conference has to decide. You have to have complete buy-in from the entire conference and leadership of our conference.”

Sen. Ted Cruz (R-Texas) also said in January that impeachment was possible should Republicans regain control of the House after the 2022 midterm elections. Cruz declared that Republicans should pursue impeachment “whether it is justified or not” because of the precedent Democrats set with Trump.

“Democrats weaponized impeachment. They used it for partisan purposes to go after Trump because they disagreed with him. And one of the real disadvantages of doing that…is the more you weaponize it and turn it into a partisan cudgel, you know, what’s good for the goose is good for the gander.”

Cruz had a point, but is there another target Republicans should set their sights on first? Joe Biden should face impeachment — there’s no doubt about that — and there are a great many more justifiable reasons to impeach Joe Biden than there were to impeach Donald Trump. Still, Attorney General Merrick Garland might be a better first target. On Garland’s watch, the DOJ has become as politicized as it was during the Obama administration, if not more so. Moreover, Garland’s crimes are well documented.

He authorized the FBI to investigate parents who protested school board meetings last year, alleging a “disturbing trend” of teachers being threatened or harassed. Garland never rescinded the memo, and a whistleblower later revealed an internal email showing he lied to Congress. That’s a crime and an impeachable offense.

Garland further disgraced himself and the DOJ by allowing discredited FBI Deputy Director Andrew McCabe to win back his full pension and by allowing Congress to access Donald Trump’s private tax records. Then there’s the FBI raid of Project Veritas over the alleged theft of Ashley Biden’s diary. Even worse are Garland’s abuses of power to protect Biden and his allies and attack his enemies. Last year, Garland refused to investigate COVID-19 deaths in New York, Pennsylvania, and Michigan, protecting Democratic governors. Now, he is actively using the Department of Justice to launch a bogus criminal investigation of Donald Trump in the hopes of thwarting Trump’s 2024 presidential ambitions.

Related: Merrick Garland Must Be Impeached When GOP Wins Back Majority

Republican voters are angry at the blatant corruption of the DOJ under Merrick Garland, which has reenergized them to vote in the midterms, and he may be a more viable first target to whom Speaker Kevin McCarthy would be open. Further, the threat of impeachment may nudge Merrick Garland to resign — which would be a massive win for the nation — and put Joe Biden on notice that Republicans are serious about holding his administration accountable.