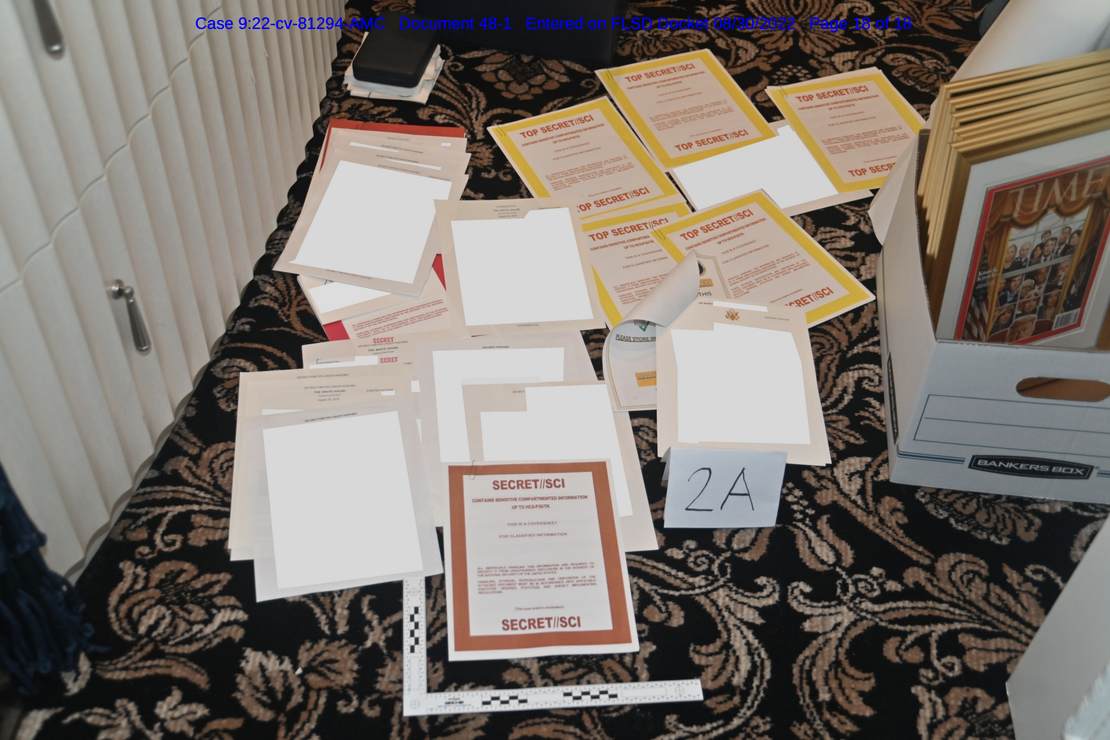 From the very beginning, the Biden administration’s investigation of Trump has raised red flags. The liberal media believed that the walls were “closing in” on Donald Trump and that he would face justice for some crimes that they believed he committed. Does it matter that we’ve been hearing some version of that narrative repeatedly for six years now?

The latest example of the “now we’ve got Trump!” narrative came in the latest filing from the Department of Justice. This, we’re being told to believe, is new “smoking gun” evidence that Trump was obstructing justice by possessing the documents he had at Mar-a-Lago. Included with the filing are 18 pages of exhibits and attachments, but one, in particular, showing a floor messily covered in “secret” and “top secret” documents, has generated the most buzz from the liberal media and, of course, on social media: 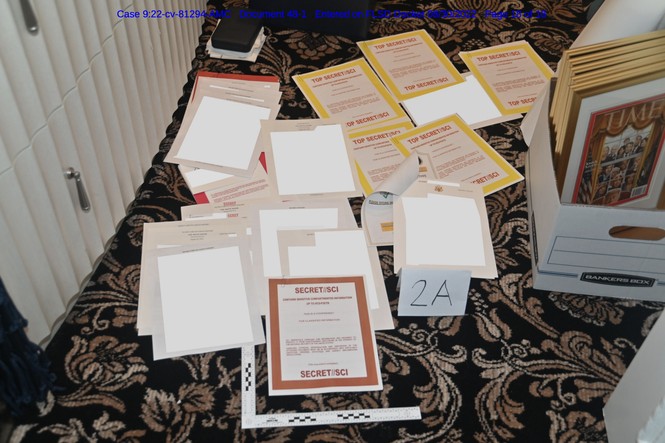 Even Bill Kristol, the conservative-turned-wacko editor-at-large of The Bulmark mused, “If the photo’s right, you must indict.”

If the issue here is that Trump hadn’t properly stored and secured these supposedly sensitive documents, photos of the documents as FBI agents found them would have been far more relevant to the public to see. So why take the documents out and strew them across the floor adjacent to a box of framed Time magazine covers of Trump with the classification markings clearly visible? There’s only one logical conclusion here: this picture is staged for a public relations smear against Trump.

Why would they do this? Well, polling shows that the Department of Justice is losing the public relations battle following its decision to raid Mar-a-Lago. The raid was supposed to end Trump’s political career, not boost his political comeback. Photos of how the documents were stored and secured at Mar-a-Lago would further damage the narrative that Trump was being reckless with sensitive documents, so these documents were staged in a manner where they looked haphazardly strewn about with their classification markings clearly visible, sitting next to a box of framed magazine covers with Trump on them.

“Well, the impression I got is that it was a public relations effort,” Chaffetz told Dana Perino on Fox News. “This is not needed in a court document to make the case to the sitting judge. This was put out there knowing that they were going to go out there to the media.”

Chaffetz also noted the juxtaposition to the framed photos of Trump on the cover of Time. “What in the world does that have to do with this idea that there are classified documents? And what’s behind those classified documents? The idea that they spread them out across the floor and started taking pictures of them does not instill confidence in how we’re supposed to do justice.”

“What else were they taking pictures of along the way?” he asked. “This is not how we’re supposed to administer justice in this country.

Yet that’s how the Justice Department is operating. Last week we found out that FBI officials blocked the Hunter Biden laptop investigation until after the 2020 election and that the FBI told Facebook that Russia was going to spread fake news, which CEO Zuckerberg claims is the reason why Facebook suppressed the laptop story.

When the Biden administration raided Trump’s Mar-a-Lago estate, it made a huge mistake. Everything it has tried to do to contain the fallout hasn’t worked, and so it keeps pulling more stunts, just like this staged photo, in the hopes that the media can sway public opinion back in its favor and away from Trump.