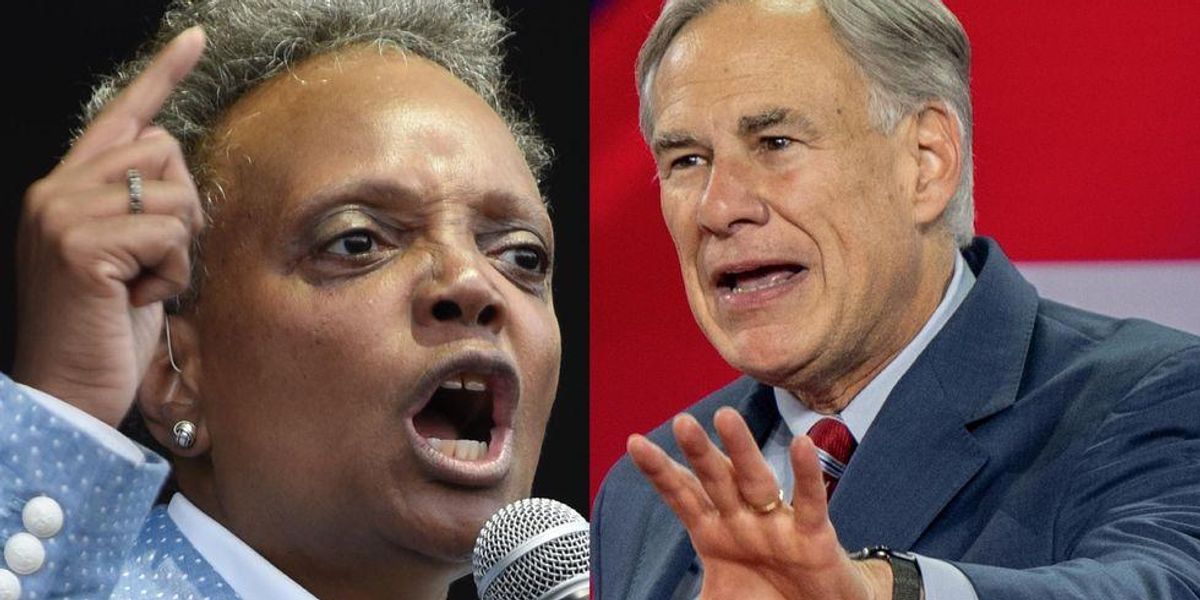 Chicago Mayor Lori Lightfoot issued a defiant statement about Texas Gov. Greg Abbott busing migrants to her city during a media briefing Thursday, then joked that she would rent the buses next time.

Lightfoot accused Abbott of using the migrants as a part of a political stunt and hurled many invectives at him during the tirade.

“With these continued political stunts, Gov. Abbot has confirmed what unfortunately many of us had already known, that he is a man without any morals, humanity, or shame,” said Lightfoot.

“Instead of treating these individuals with respect that they deserve,” she continued, “the due process that our laws require, Gov. Abbott chose instead to inhumanely load them onto buses, send them on a more than 12-hour journey across a country that they don’t know, and to drop them off without any regard to what the next steps are.”

Abbott has been sending migrants coming into Texas from Mexico on buses to Washington, D.C., and New York City, where the Democrat mayors have claimed to have established sanctuary cities for illegal aliens.

Lightfoot went on to call his busing “racist” and “xenophobic.” She also shamed the bus companies for complying with the order she called “inhumane” before joking that the next time she would rent the buses for more migrants.

“I’m happy to take and drain Texas of all of its residents. I wouldn’t want to live in a state with a governor like that!” said Lightfoot.

Lightfoot went on to bash Texas and connect the migrant busing to abortion rights.

“I certainly wouldn’t want to live in a state where they are doing everything they can to strip people of their basic rights, and let’s not forget about what they’ve done to women and others who are seeking reproductive healthcare,” Lightfoot continued.

“We welcome Texans to Chicago,” she concluded. “We’ll rent the buses next time to bring them here.”

Lightfoot’s pledge to do something she called racist, inhumane, and anti-American just minutes before received a lot of laughter and applause from her supporters.

Here’s part of the statement from Lori Lightfoot:

Even Dem-Friendly Polls Can’t Hide GOP Momentum
Are More Americans Waking Up to the Horrors of ‘Gender-Affirming Care’?
BREAKING: Joe Biden Vows to “Ban Assault Weapons” in the US
Musk Texts: ‘Drastic’ Action Must Be Taken Against Bot Accounts
Egotistic Chelsea Clinton: “We Were The Reason Fox News Was Created”