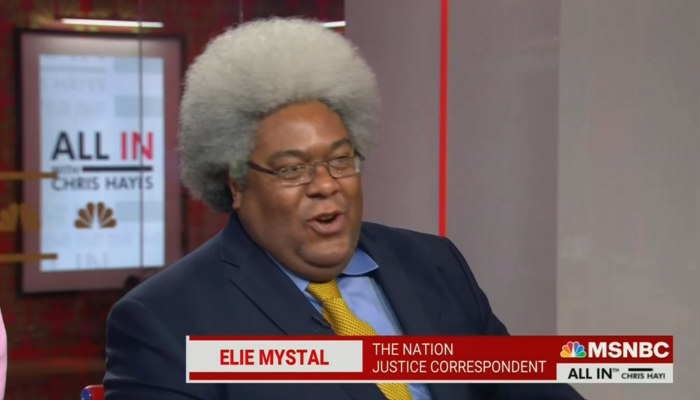 President Biden’s Thursday night speech was a big hit on the pro-Democrat TV networks. CNN, MSNBC, and NBC News Now all carried the event and heaped effusive praise on their favorite president’s rhetoric.

CNN and MSNBC were rife with the usual Democrat cheerleading that viewers have come to expect from left-wing cable. Panelists praised the speech as “fascinating,” “optimistic,” and “very, very patriotic.”

Members of NBC’s Now Tonight panel also marveled at Biden’s “patriotism” — but they fretted that the vision of America the President had described was too “optimistic.” Host Joshua Johnson worried Americans might not have the gumption to demand a change in attitude from their pro-Trump family members and friends:

I’m betting on America, right? I am totally biased in favor of Democracy. But do you believe that this is the America that the President is hoping we are? That we are the kind of people who are willing to tell our mothers and fathers, or our friends, or our spouses who voted for Donald Trump, ‘“Hey, democracy’s in trouble and you need to make a change?” Are we ready for that?

‘Unwoke’ With Kevin and Kruiser #49: How Many Attractive Italian Women Does It Take to Trigger a Democrat?
Media Shriek Climate Change Causing Hurricane Ian’s ‘Rapid Intensification’
Fauci and his wife’s net worth jumped $5 million during pandemic, financial disclosures show
Leftist Michael Moore predicts ‘landslide’ against ‘Republican traitors’ in November; ‘Real Time’ host Bill Maher replies, ‘We are for all Americans on this show’
Pain IS the point: How to survive Biden’s ‘HELL’ economy