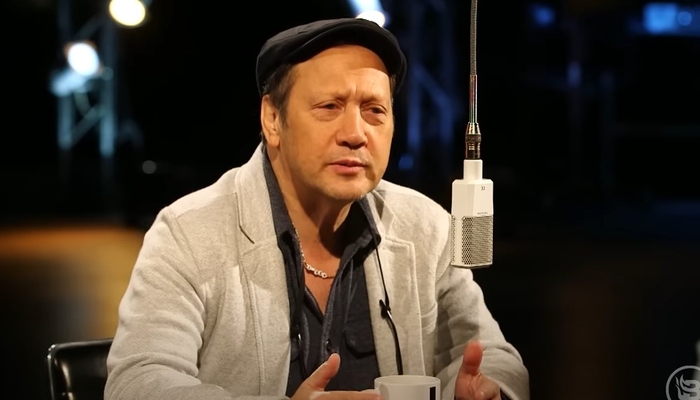 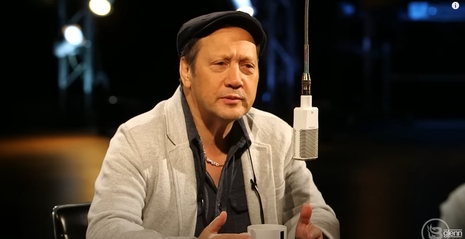 Saturday Night Live is now a de facto arm of the Democratic Party.

The same isn’t true for those who graduate from the venerable sketch series. SNL alums are increasingly embracing the Right.

Victoria Jackson did just that a while ago, as did “Weekend Update” standout Dennis Miller. Jon Lovitz needed to run his own business to realize the Right might be friendlier to his entrepreneurial dreams.

David Spade doesn’t wear his politics on his sleeve, but he speaks out early and often against the Left’s cudgel, Cancel Culture.

Rob Schneider is officially a man of the Right these days. 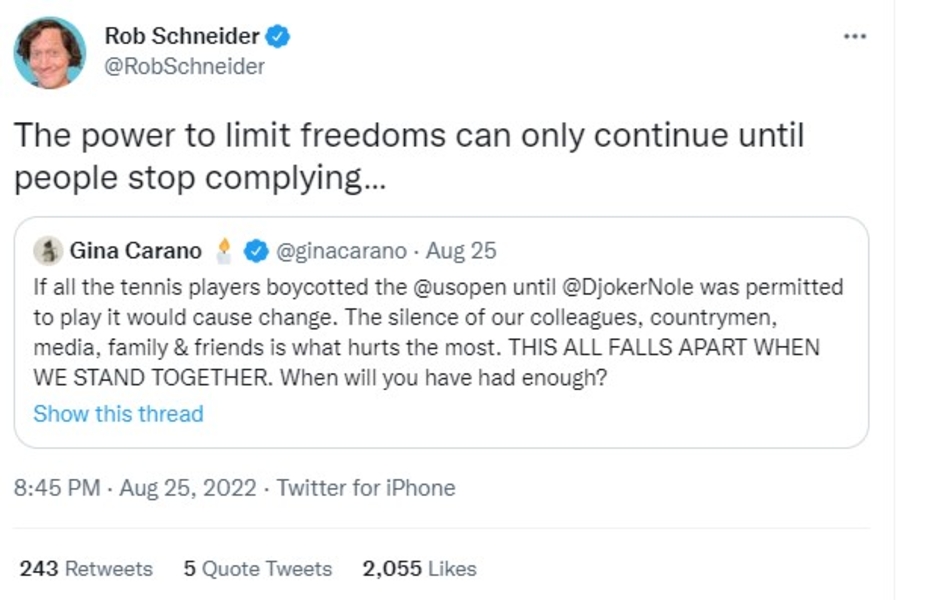 The Deuce Bigalow: Male Gigolo star began, like most of his peers, on the Left. Reality, and Democratic party attacks on freedom (free speech, medical privacy, etc.) changed his mind.

It explains why he dropped into Glenn Beck’s studio this week for a wide-ranging chat about comedy, free expression and the sorry state of the union.

Schneider was always willing to hear both sides of the ideological aisle, even when he voted for Democrats. He describes hearing Beck’s monologues on Fox News years ago and agreeing with some, but certainly not all, of what the conservative talker said.

It didn’t make him Team GOP, but the red pill came out of the shrink-wrap packaging.

“The bellwether of freedom in the world is our freedom of speech. That is under attack, and that is something we have to fight for,” he said. “If I hate what you’re saying, I will fight for your right to say it.”

The two discussed the IRS dramatically increasing its ranks as well as the training video that went viral on the subject.

“They’re trying to censor that, but it’s true,” Schneider said. “You can’t censor something true … but that’s the thing, they want to.”

“I had to become a Republican,” he added. “I’m mostly for Libertarian values. I want the Republican party to face this head on.”

He shared other reasons for switching parties.

“The Republican Party, at the end of the day, they don’t have that innate nastiness,” Schneider says, noting the acrid attacks against Texas Republican Mayra Flores.

He also assailed the notion that “men can have babies,” and other modern planks of the Democratic Party.

“Everybody knows what a woman is … a woman is someone who gets mad at you for something you did five years ago,” he said, dropping a line from his act into the conversation.

He quickly got serious, noting how liberal platforms often refuse to use the word “woman,” preferring “people who menstruate” and other euphemisms.

“One of the reasons I had to get out of that Democratic Party stranglehold is I saw that it was no longer protecting the rights of the individual,” Schneider said. “That parental rights, they had no problem squashing it.”

The Biden administration dubbed parents concerned about cultural trends within the classroom as “domestic terrorists,” for starters.

The comedian called the COVID-19 vaccine debate, and his hardline stance against mandates, “the original kicking out of show business before I became a Republican” position.

Beck chuckled at the admission, although to some it’s hardly a laughing matter.

The comic even weighed in on transgender teens and pre-teens, one of the most contentious issues in the current culture.

He called the sudden rise in trans children a “social contagion.”

“How can we let them decide to mutilate their bodies, and who are these evil people that are committing this? It’s a crime against humanity,” he said.

The comedian hasn’t left the Left entirely. He speaks fondly of Noam Chomsky, a beloved figure in far-Left circles, even though he doesn’t ascribe to all of the thought leader’s wisdom.

Schneider hasn’t suffered for his positions, at least to the casual observer.

He snagged a 2020 Netflix comedy special, Rob Schneider: Asian Momma, Mexican Kids, a coveted gig for any comedian. That’s the network that gave him two seasons of his quasi-autobiographical show, Real Rob.

Next month, he stars in and directs Daddy Daughter Trip, and he has several films in the queue according to IMDB.com – Pledge Trip, Dead Wrong and Amor es amor (which he directed).

Might that change given views considered anathema to his Hollywood peers?

He credits the audiences showing up to see his stand-up routines for keeping his career alive. He also understands there’s an untapped marketplace hungry for content, one that too many studio executives dismiss.

“Hollywood doesn’t seem to want to represent people between Los Angeles and New York. I’m sorry, but that also counts,” he said.

No matter what happens next, he won’t stop speaking out.

“At a certain point you have to put country, God and family above career and the almighty dollar … I don’t care about my career anymore. I care about the country my children are going to live in,” he said.

Author Sophie Lewis’ forthcoming book is titled ‘Abolish the Family’
Joe Biden Is Shrinking the Democratic Party
Slapped with another temporary Twitter suspension, Libs of TikTok reiterates vow to sue if the social media giant ever issues permanent suspension
This Liberal Filmmaker Is Standing Up to the Censor-Loving Progressive Mob
Why Georgia and Nevada Are Key to a GOP Senate Majority