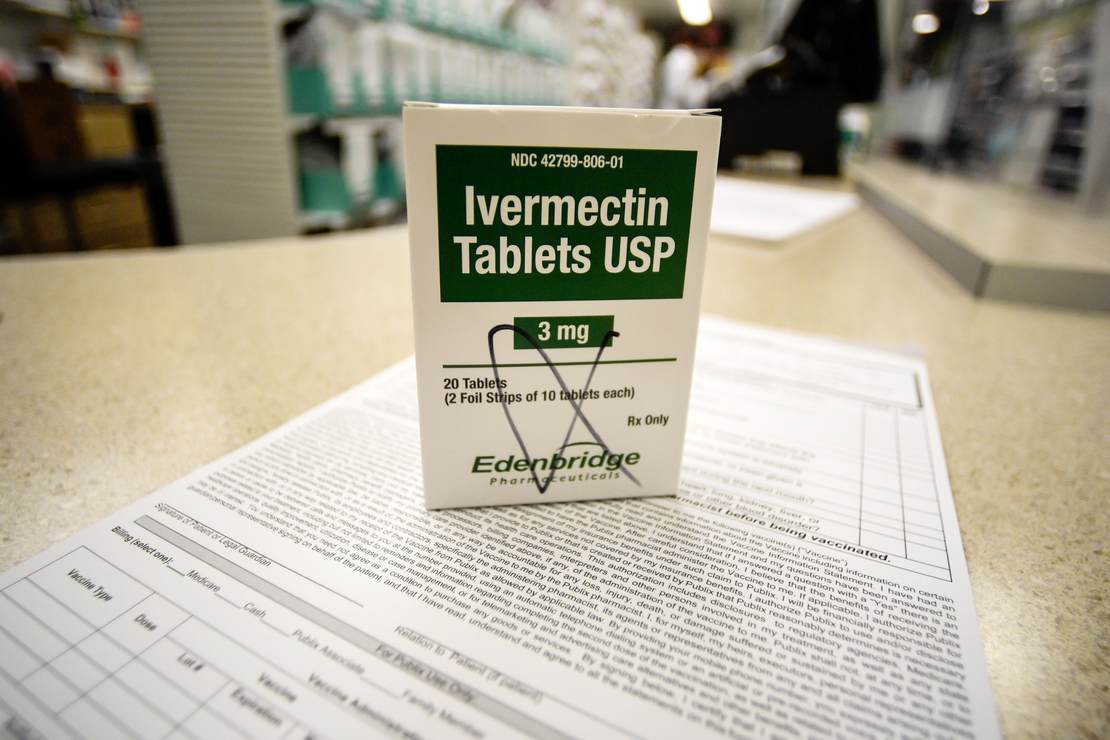 Throughout the COVID-19 pandemic, information that didn’t fit the preferred narrative was routinely suppressed and censored. You couldn’t question the efficacy of face masks or suggest that COVID came from the Wuhan Institute of Virology without getting flagged by social media fact-checkers.

Using longstanding drugs as alternative treatments for COVID was discouraged in favor of brand new vaccines, regardless of their effectiveness in reducing mortality. Reports of COVID patients making stunning recoveries thanks to ivermectin were, of course, ignored by the mainstream media.

The question I have is, how many lives could have been saved if ivermectin was given a fair chance? According to a new peer-reviewed study, a lot.

A total of 88,012 individuals from Itajaí, Brazil were surveyed for a  study on ivermectin, which was published last week by Cureus, an online medical journal. The results speak for themselves. Regular users of ivermectin had a 92% lower COVID mortality rate than patients who never used it and 84% less than those who used ivermectin irregularly. The hospitalization rate of regular users was also reduced by 100% compared to both irregular users and non-users, according to the study.

What makes these results truly impressive is that the regular users of ivermectin were older with comorbidities that put them at high risk of death from COVID, yet, the drug still effectively reduced the disease’s mortality.

According to Dr. Flávio A. Cadegiani, MD, MSc, Ph.D., who conducted the study, the study showed that an increased dose of ivermectin led to a lower risk of COVID-19-related hospitalization and death, otherwise known as the “dose-response effect.”

Despite the drug’s efficacy, ivermectin hasn’t been used as a standard treatment for COVID. In fact, the FDA explicitly says you should not use ivermectin to treat or prevent COVID.

“An observational study with the size and level of analysis as ours is hardly achieved and infeasible to be conducted as a randomised clinical trial. Conclusions are hard to be refuted. Data is data, regardless of your beliefs,” Cadegiani said on Twitter.

How is it possible that something so effective as reducing mortality and hospitalization was written off by so many? We all remember how it was dubbed as a horse dewormer by the media and presented as dangerous. It was eerily reminiscent of the PR campaign against hydroxychloroquine in 2020.

As soon as Donald Trump suggested that hydroxychloroquine might be a game-changer in the fight against COVID, there was a massive fear campaign launched by the left and the Democrats against it. Studies showing it reduced COVID mortality were also buried. Dr. Fauci also dismissed the drug’s potential for treating COVID patients, falsely claiming that “valid” scientific data showed hydroxychloroquine wasn’t effective in treating COVID-19. Why were these lifesaving drugs shunned? Well, hydroxychloroquine, is out-of-patent, which means that any pharmaceutical company could make it and make it cheaply.

The same thing happened with ivermectin. But the other problem is that it threatened the profits of Pfizer and Moderna. Why? Because if ivermectin has been recognized as a viable alternative to treating COVID, it would have voided the emergency use authorization of their vaccines.

“[I]f Ivermectin is what those of us who have looked at the evidence think it is … then the debate about the vaccines would be over by definition, because the vaccines that we have so far were granted emergency use authorization [EUA],” evolutionary biologist Bret Weinstein told Tucker Carlson last year. “That emergency use authorization has as a condition that there be no safe and effective treatments available.”

According to data from Johns Hopkins University, over a million Americans have died from COVID. How much smaller would that number have been had the medical establishment prioritized science and saving lives over the profits of Big Pharma?