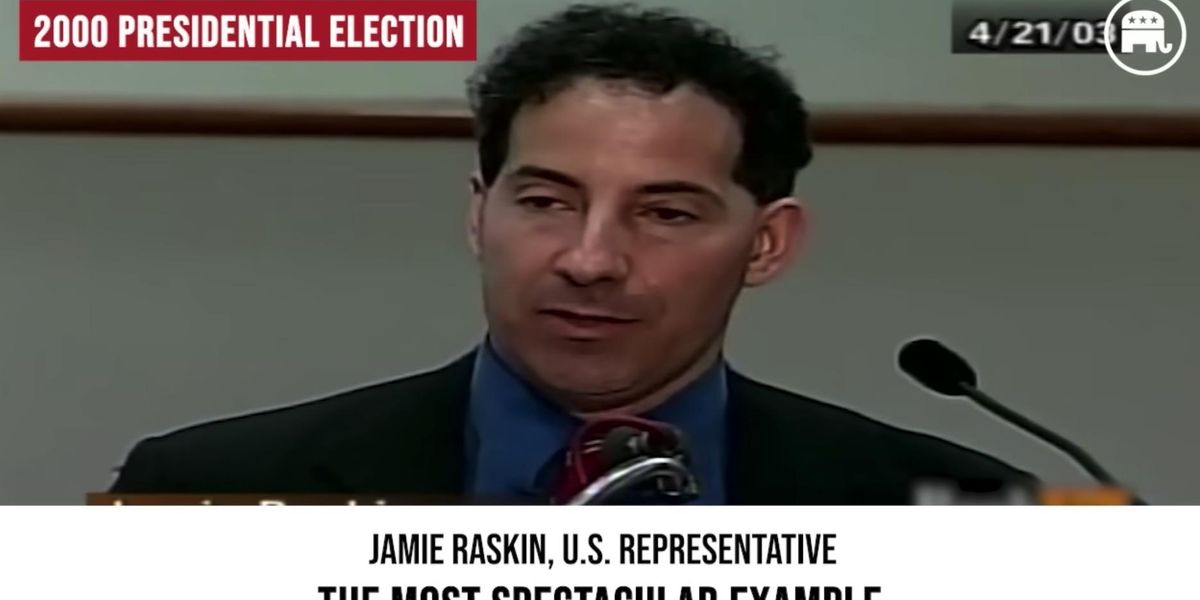 Rep. Jaime Raskin (D-Md.) praised President Joe Biden on Sunday for attacking Trump supporters because they exhibit the “hallmarks” of being members of a fascist party.

But it turns out Raskin has seemingly committed the same sin he alleged is critical to fascism.

What did Raskin say?

Speaking on CBS News’ “Face The Nation,” Raskin suggested the Republican Party, especially the faction that supports Donald Trump, has evolved into a “fascist political party.”

“Two of the hallmarks of a fascist political party are: One, they don’t accept the results of elections that don’t go their way; and, two, they embrace political violence,” Raskin said.

“I think that’s why President Biden was right to sound the alarm this week about these continuing attacks on our constitutional order from the outside by Donald Trump and his movement,” he added.

Raskin was responding to Trump’s controversial demand that the 2020 presidential election be held again “immediately” or that he be declared the “rightful winner” of the election.

The demand came after Facebook CEO Mark Zuckerberg told Joe Rogan the FBI warned the social media giant about Russian “misinformation” just before the Hunter Biden laptop story broke in October 2020. Social media companies quickly suppressed or outright censored that story, which has since been vindicated as neither misinformation nor false.

But what did Raskin say in the past?

The charges of fascism are self-incriminating, because Raskin has openly questioned the outcome of presidential elections in the past.

For example, Raskin has described George W. Bush as a “court-appointed president” who was not rightfully elected.

“The court has been thwarting formation of the popular will, the most spectacular example being Bush v. Gore, where the majority by a 5-4 vote enjoined the counting of more than 100,000 ballots in Florida and essentially gave America its first court-appointed president,” Raskin said on April 21, 2003.

u201cIncredible work by the RNC to find a 2003 (!) clip of Jamie Raskin saying that the 2000 presidential election was stolen.u201d

Meanwhile, Raskin was one of several House Democratic lawmakers who objected to the certification of Trump’s Electoral College victory in January 2017. Their effort ultimately failed because not one Democratic senator supported them.

Democrats, in fact, have a long history of questioning the legitimacy of elections they lose.

California to legalize state-sponsored trafficking of children combined with child mutilation and castration surgeries in the name of transgenderism
Alec Baldwin and others may face criminal charges over fatal on-set shooting, district attorney says in filing
World War III has already begun, but the truth is being withheld from the public until the very last moment
Trump goes on offense, says it was the FBI that actually ‘colluded with Russia’
Remember Shannon Brandt. In Fact, Say His Name