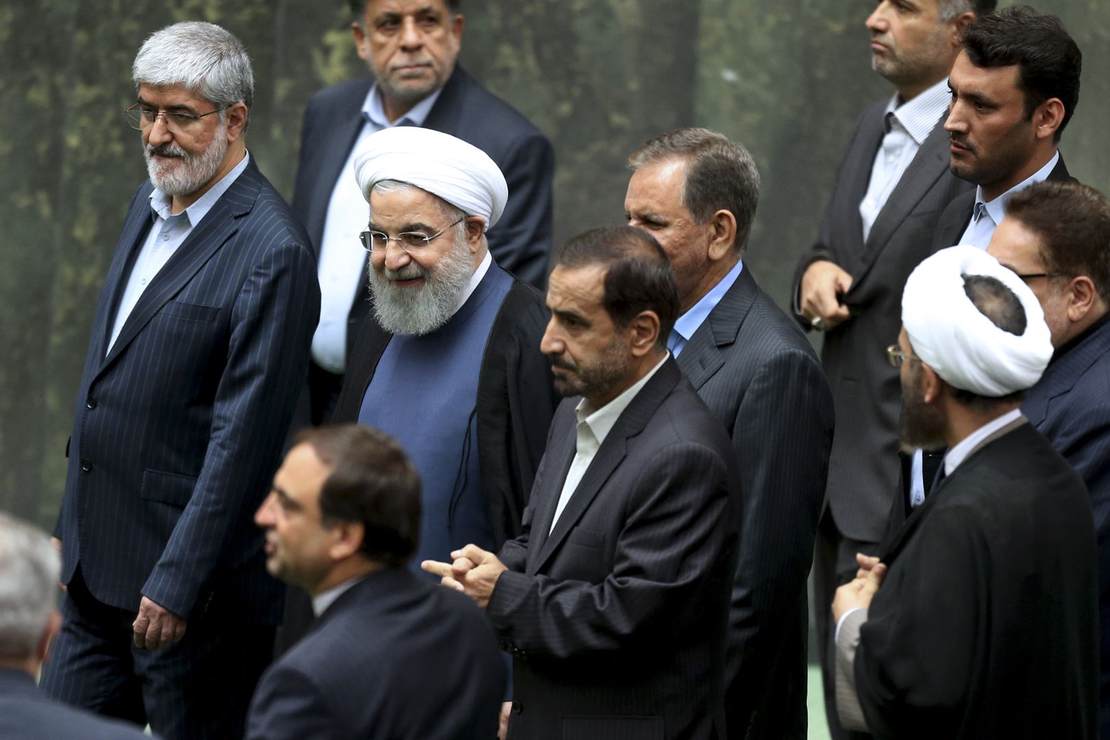 Biden was perfectly willing to capitulate but Iran failed to take the hint and continually balked at compromises offered by negotiators. They wanted it all and they wanted it now. Biden did not oblige them.

The Israelis are breathing a sigh of relief. It was their hide on the line if Biden had been stupid enough to believe that Iran would hold to any ideal involving their nuclear program. Indeed, no matter how strict the deal appeared, Iran was going to interpret the agreement any way they wished, which is exactly what they did in 2015 with the original deal.

Under the proposed deal, “Iran would not be able to enrich uranium above 3.67 percent and could not reach a level at which it would be possible to produce a nuclear weapon,” according to the Times of Israel. The limitation would continue until 2031.

Also, the ultra-modern centrifuges that can spin up uranium 235 to bomb-grade levels would be removed and stored at a warehouse in Iran under the supervision of the International Atomic Energy Agency.  All uranium enriched to the 20% and 60% levels would be removed or diluted. In 2015, Russia said they’d take the highly enriched uranium — not very likely this time.

It sounds like Iran would be put in a straitjacket, but that doesn’t mean much if the nation chooses to interpret the language of the agreement in terms more favorable for itself.

In return for all that, Iran would get hundreds of billions of dollars.

The potential Iran deal has caused intense concern in Israel. Former prime minister Naftali Bennett appealed to the US administration last month to refrain from an accord. “I call on President Biden & the US administration to refrain, even now at this last minute, from signing the agreement with Iran,” Bennett tweeted on August 23.

“This agreement will send approximately a quarter of a trillion dollars to the Iranian terror administration’s pocket and to its regional proxies, and will enable Iran to develop, install and operate centrifuges, with almost no restrictions, in a mere two years,” he added.

Israel has nightmares of what Hezbollah might do with all that extra cash. And Yemen’s government as well as Saudi Arabia would also be on edge, as the Houthis would be able to buy even more sophisticated weapons.

The issue isn’t really stopping Iran from building a bomb. They were going to do it anyway, regardless of any deal they signed. This is about lifting sanctions and allowing tens of billions of dollars to flow into terrorist networks, destabilizing the entire Middle East.

Mossad chief David Barnea believes the Iranians would accelerate their vision of a “Shia crescent” from Iraq to the Mediterranean — nuclear-armed and with one of the largest armies in the world. Now imagine that army supplied by Vladimir Putin and China, and you get the idea of how deep the trouble could be.

Israel doesn’t appear willing to wait and see what develops, even though Joe Biden and most of the EU believe that’s the proper course of action for Jerusalem.

Lately, the Israeli campaign appears to have expanding to targets beyond the nuclear program. The New York Times reported in May that Israeli officials had acknowledged to the U.S. that they were behind the assassination in Tehran of a Revolutionary Guard colonel they suspected of plotting to kill Israelis overseas. Hundreds of Iranian drones were reportedly destroyed in an apparent Israeli airstrike in March. According to media reports, the Biden administration has something of a “don’t ask, don’t tell” policy toward these actions: it is not informed of them ahead of time, does not interfere with them, and does not criticize them after the fact.

Iran rarely acknowledges these attacks because it demonstrates how truly weak they are. Israel can strike wherever and whenever they wish and the Iranians can do little to stop them. So for the moment, both sides fight this shadow war with Israel being able to hit Iran with impunity.

If Iran begins to believe its own rhetoric, it will attempt to retaliate against the United States in Iraq or Syria, continuing to use its proxy militias. But as far as a direct attack on the United States, that’s not in the cards — at least not now.

Coincidence? Surge of Left-wing Violence Follows Biden’s Anti-MAGA Speech
Egotistic Chelsea Clinton: “We Were The Reason Fox News Was Created”
Weather weapons are targeting human infrastructure, aiming for Extinction Level Event (ELE) via mass famine and collapse
12-year-old girl allegedly shoots her father and herself as part of a murder pact with another girl
Russia’s Nord Stream 2 Pipeline to Germany Loses Pressure Overnight from 300 to 7 Bars – Cause Unknown