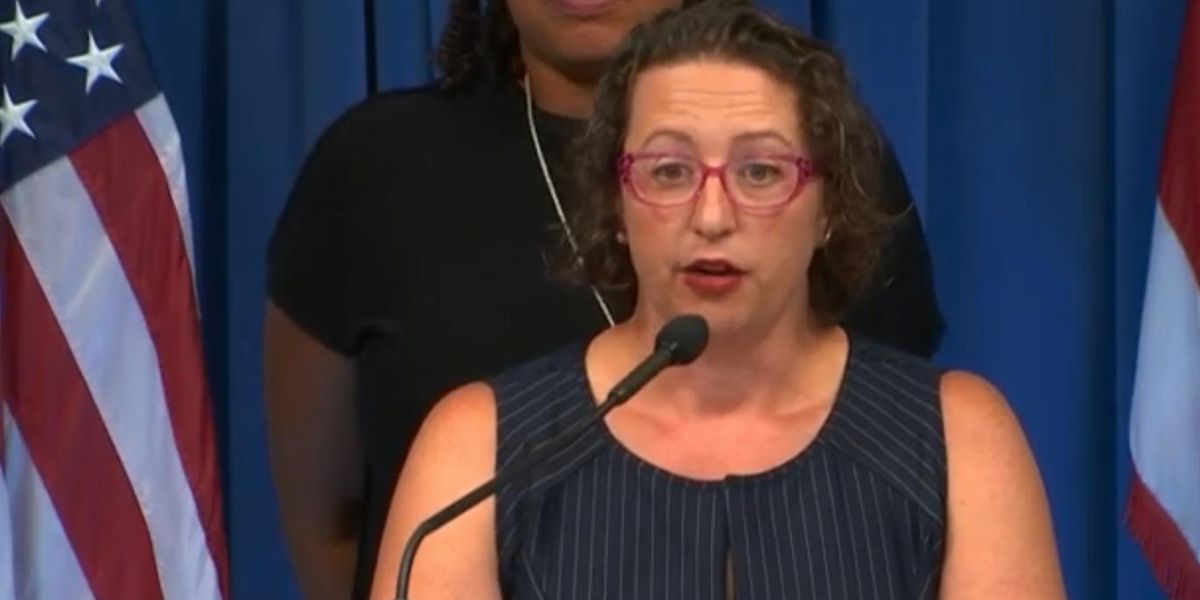 Washington, D.C., Councilmember Brianne Nadeau (D) complained Thursday that her city has become a “border town” as thousands of migrants flood the city.

“So it’s been said, but it’s worth reiterating that the governors of Texas and Arizona have created this crisis and the federal government has not stepped up to assist the District of Columbia,” Nadeau said.

“In many ways the governors, Texas and Arizona have turned us into a border town,” she later declared.

Nadeau’s laughable comments — made despite Washington, D.C., being more than 2,000 miles from the U.S.-Mexico border — were made at the same press conference where D.C. Mayor Muriel Bowser declared a public emergency over the influx of migrants.

To accommodate the migrants, Bowser announced the formation of the Office of Migrant Services.

In response to the border crisis — in which millions of migrants have poured into the U.S. under President Joe Biden’s leadership — Abbott and Ducey began sending migrants to D.C., New York City, and Chicago earlier this year. All of the Democrat-run cities have bemoaned the flood of migrants despite being sanctuary cities.

But what did Nadeau say before?

For years, the nation’s capital has been a “sanctuary city” for immigrants living in the U.S. illegally.

Despite now decrying her city as a “border town,” Nadeau celebrated D.C.’s “sanctuary city” status three years ago when she reiterated her demand that Immigration and Customs Enforcement be abolished.

“The District is a sanctuary city, which means our law enforcement does not cooperate with ICE,” she said. “As Councilmember, I have called for an abolition of ICE and wrote DC’s law to establish a permanent immigrant legal services fund.”

u201cThe District is a sanctuary city, which means our law enforcement does not cooperate with ICE. As Councilmember, I have called for an abolition of ICE and wrote DCu2019s law to establish a permanent immigrant legal services fund. nRead full remarks here: https://t.co/D6hi9Tf24Gu201d

Fox News correspondent Bill Melugin, who has extensively covered the border crisis, pointed out that Nadeau’s assertion that D.C. is a border town is “ridiculous.”

As Melugin pointed out, more migrants enter major border cities in one week than have entered D.C. during the entire crisis.