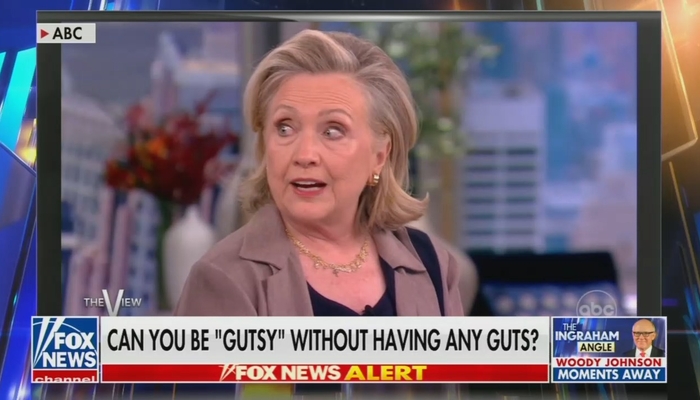 To publicize their new eight-part Apple TV series titled Gutsy, Hillary Clinton and her daughter Chelsea Clinton did a tour of fawning, flattering interviews, because that’s what the liberal media can be counted on to provide. The show’s based on their 2019 book titled The Book of Gutsy Women: Favorite Stories of Courage and Resilience.

In the promos for the Gutsy book, they defined gutsy women as “leaders with the courage to stand up to the status quo, ask hard questions, and get the job done.” Hillary Clinton is one of American history’s greatest doormats. She arrived at the summit of American politics by tolerating her husband nailing any woman who would have him…and several who would not!

But as expected, CBS anchor Norah O’Donnell, NBC late-night host Jimmy Fallon, and ABC’s crew on The View all polished their pumps. Hillary told CBS it was “gutsy” to stay with Bill in 1998 after the story broke about all his cheating with the White House intern, and both of them denied reality for months. “People who I never met had very strong opinions about it,” she lamented. “And it took a lot of honestly prayer and thoughtfulness and talking to people I totally trusted to really think through because it was all being done in public, Norah. So it made it even more painful and difficult. But I have no regrets.”

The Clinton women weren’t “gutsy” enough to go on Fox News. No one asked why they left out conservative leaders like Margaret Thatcher. Instead, the Clintons honor feminist comedians like Amy Schumer and Wanda Sykes. That’s because Hillary has no charisma. Who would watch her for eight episodes unless you’re a liberal Democrat?