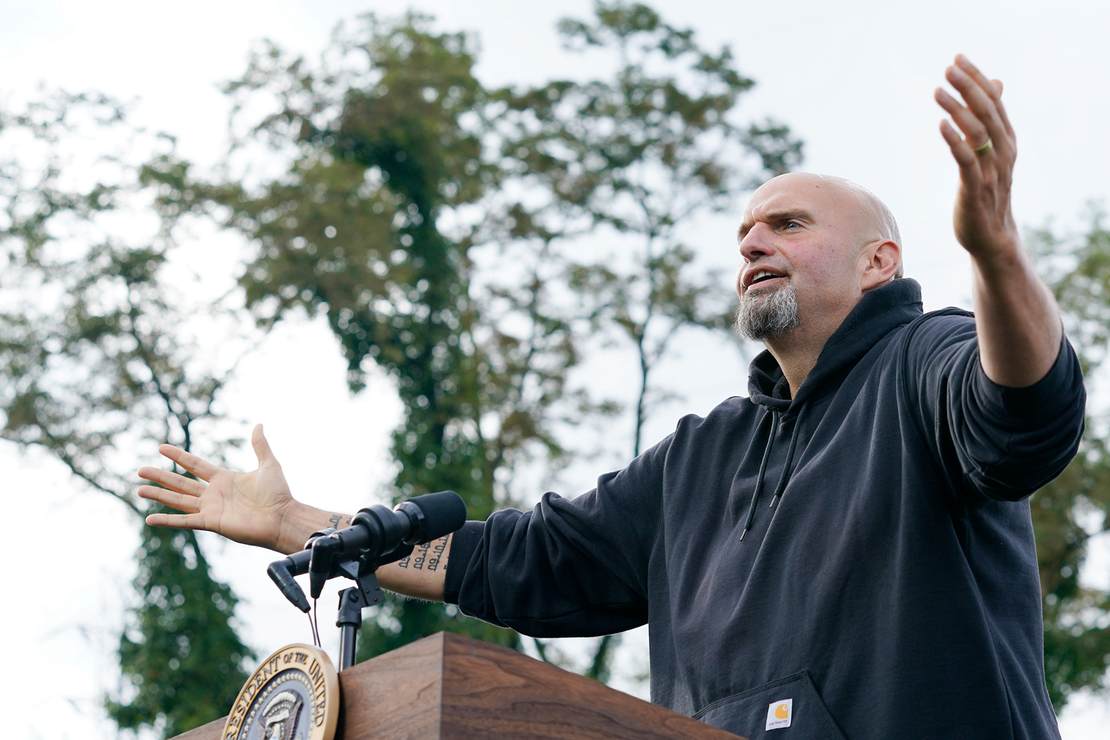 U.S. Senate candidate John Fetterman has long been avoiding a debate with Dr. Oz, but things have changed in recent weeks. Polls show a much tighter race than they did months ago, and it’s now been upgraded to a toss-up. Fetterman’s refusal to participate in a debate also sparked renewed skepticism regarding his capacity to perform the duties of a U.S. senator. Of course, his participation in a debate may also highlight his inability to finish sentences without pausing or stumbling over words and similarly may give rise to reasonable doubts about his capacity to perform the job.

That’s a risk that his campaign claims they’re now willing to take because Fetterman is allegedly committing to one debate with Oz, according to a report from Politico.

“We’re absolutely going to debate Dr. Oz, and that was really always our intent to do that,” Fetterman told Politico in an exclusive interview.

Frankly, though, I have my doubts because there appears to be an apparent out clause in that commitment.

Not only did Fetterman claim he always intended to debate Oz (which is probably not true), but he also insisted his reluctance was “simply only ever been about addressing some of the lingering issues of the stroke, the auditory processing, and we’re going to be able to work that out.”

Fetterman wouldn’t say which debate he’ll go to or give an exact date, but he did say it will be on a “major television station” in the state “sometime between the middle and end of October.”

He also said that the campaign is considering the use of a closed captioning monitor for the debate so that he doesn’t miss any words as he continues to recover from his stroke.

“We’re just exploring that,” he said. “I have every ability to talk about all of these issues and have a full debate. And that’s really just the one lingering issue of the stroke — that some of my hearing was damaged a little bit, but it’s continuing to get better and better and better every day.”

So Fetterman has “committed” to a debate but won’t say which one, and it’s all dependent on how well his impairments can be accommodated.

I’m not going to get my hopes up that this debate will actually take place. At campaign events, Fetterman hasn’t exactly given an impression of himself that exudes confidence in his ability to be a U.S. Senator.

Not gonna lie. I think it would be hilarious if Pennsylvanians voted John Fetterman into the Senate. pic.twitter.com/FxUFXwWEhl

Furthermore, his campaign must be aware of the fact that it is highly unlikely that he will be able to defend his radical policies in an adequate manner over the course of a two-hour debate. However, it was clear that his repeated refusal to participate in the debate was hurting his campaign. As such, this conditional commitment comes off as subterfuge to me.

If I were advising Fetterman’s campaign, my strategy would be to give all the appearances of wanting to debate without ever actually going through with it. I hope that I am wrong about this — the voters of Pennsylvania deserve at least one debate, if not three, and it seems clear that they’ll be lucky to even get just one.

Pennsylvania GOP Governor Candidate Doug Mastriano Releases Excellent and Emotional Campaign Video
The Left’s Flirtation With Homophobia
Why Can’t All Republicans Be More Like Ron DeSantis?
Think the Pro-Transgender Crowd Is in the Majority? Guess Again
Amy Schumer Pitches Colorado As ‘Premier Destination’ … For What? ABORTIONS